Aboriginal people of the Kimberley use symbols on objects to carry meaning, a tradition that continues to this day.

Explore how British visits to the region carried meaning, and how contemporary Kimberley artists portray the past through symbols.

Sir Frederick Napier Broome, Governor of Western Australia, sailed up the coast of north-west Western Australia in late 1884, stopping at the towns of Roebourne and Derby. From Derby, he made a trip inland to the newly established Yeda and Liveringa pastoral stations on the Fitzroy River.

Such a visit, by the Queen’s representative, carried significant meaning, reinforcing the imposition of British rule in a region where colonial incursions, and the violence that accompanied them, were only just beginning.

During the trip, Broome collected  objects, including a message stick, used by Aboriginal people in the area to carry information about events and other news. 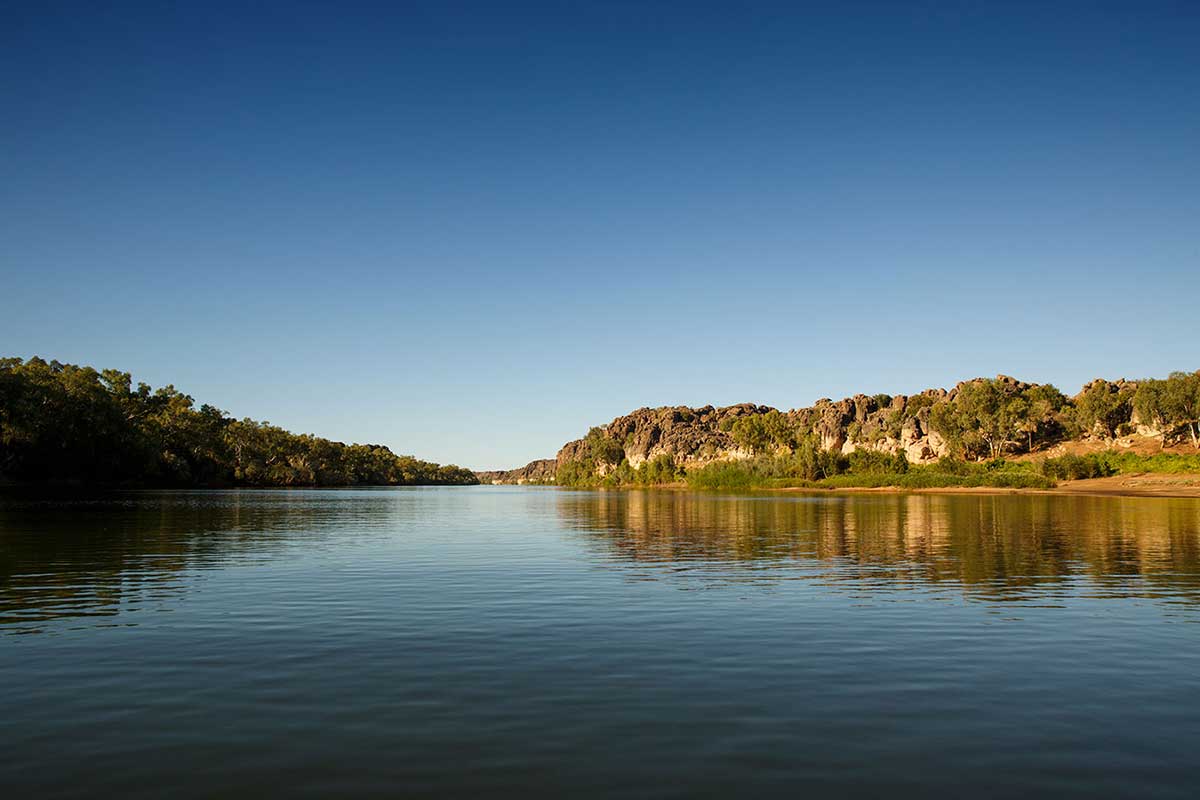 The marking … everything gotta meaning.

Message sticks intrigued Lady Mary Anne Broome, the governor’s wife. She describes this one in her 1885 book Letters to Guy:

Perhaps the ‘message sticks’ are the most curious, with their smooth surface of which all the news of the place is neatly and carefully drawn … it really is the newspaper of the district. You see … two or three rude houses which constitute the nucleus of what is going to be a great city, perhaps … an unmistakable bit of a harbour, and the fleet of pearlers is just coming in … There are some trees … men stand by an open grave, horses are picketed behind, and there is a rude cross in the corner. 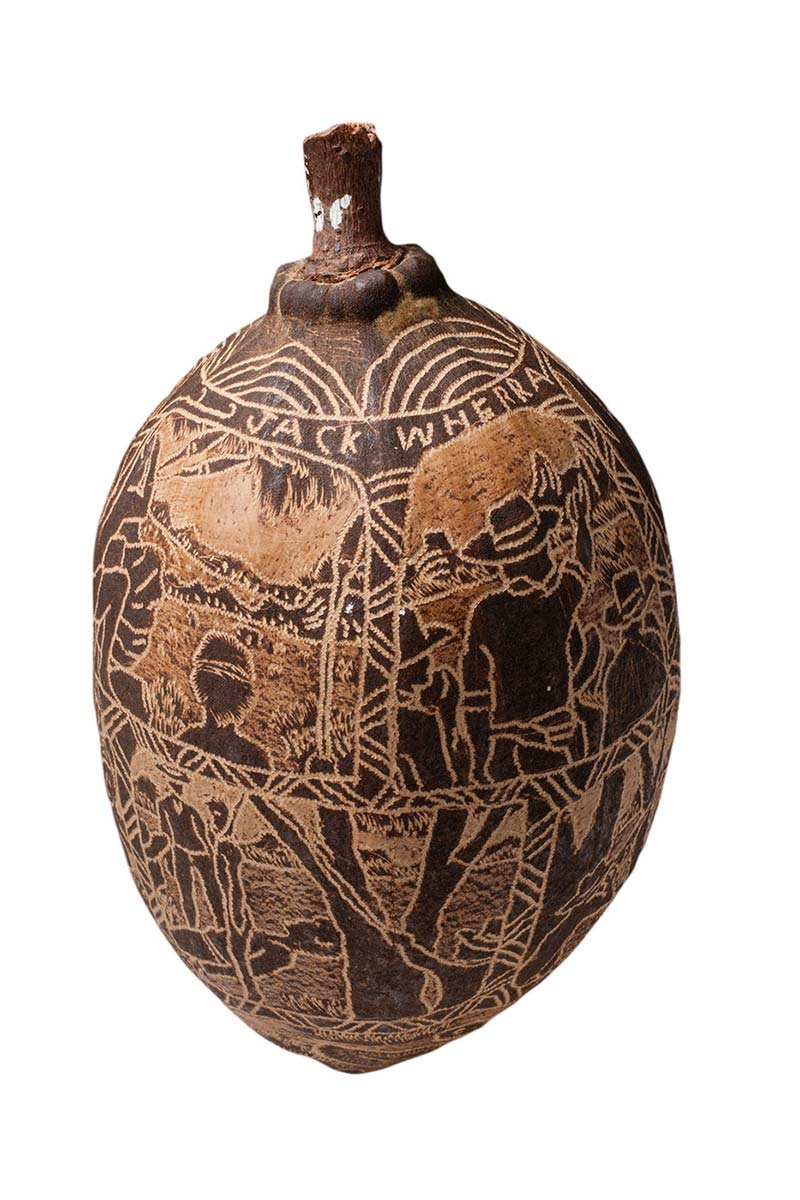 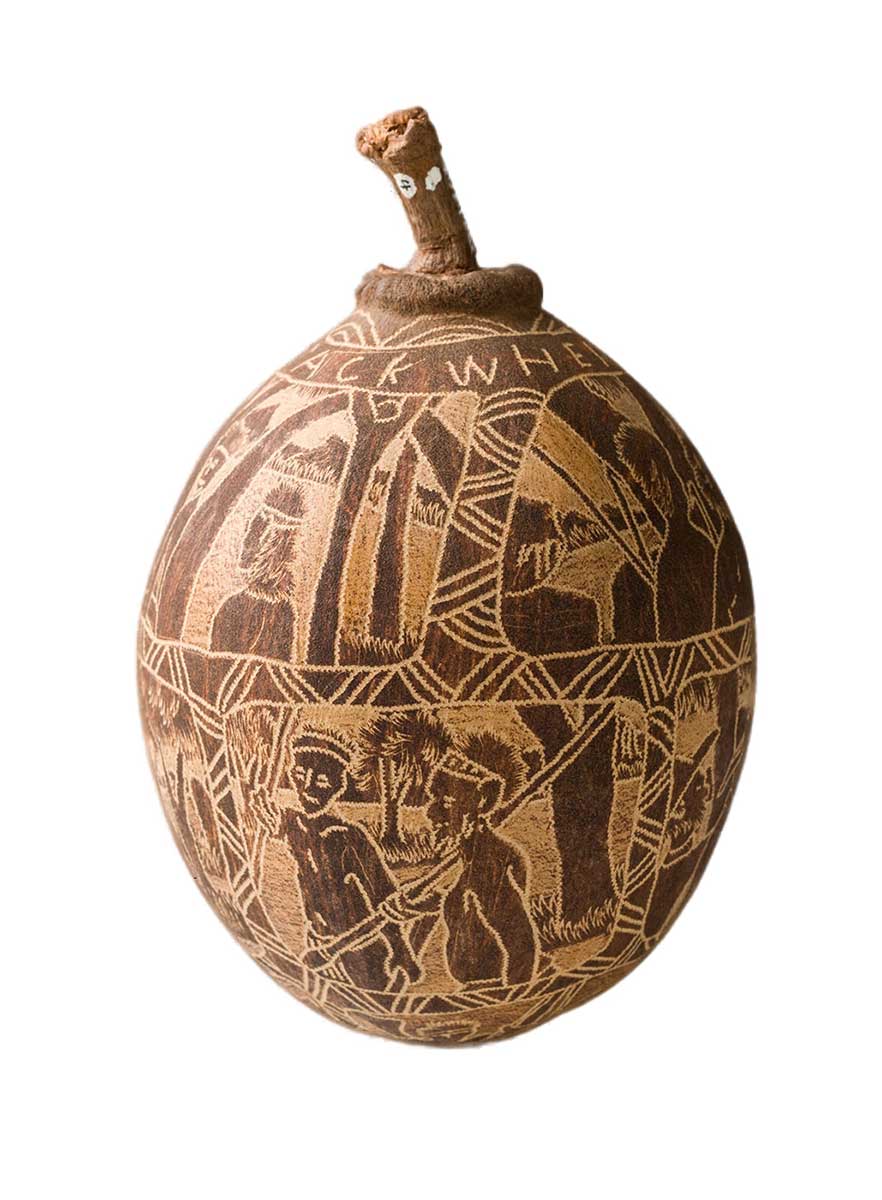 Jack Wherra was a renowned carver and artist from the Kimberley region. During the 1960s he depicted his version of Kimberley history on a series of engraved boab nuts. His style was influenced by the comics he read during time spent in Broome Gaol.

The boab tree apparently originated in Madagascar, an island off the east coast of Africa, where six species are known. In Australia, they grow only in the Kimberley and a small region of the Northern Territory. This unusual distribution has led to a number of theories as to how they arrived, with some researchers suggesting a human assisted migration.

It could bring life, spirit back to them people who can see their great-grandparents’ stuff ... If they see their stuff from their area [that] give them back their pride ... they can say, ‘Oh, that’s my mob’. And they heal there. It’s good, I reckon. Make them happy ... Same time it bring back the song for that object – songs and stories and their meaning. And the young people like me, we can learn from that thing, from the old people. Bring everything back ... They belong to people and they got big stories about that one little thing ... Bring the stuff to them because it was taken from them. It should be back to them. [Then] we go out bush, we sing them back to life.

Match the year to the event

What do you know about Kimberley Aboriginal country?

Look at the Whiteman’s Justice and Spearing Stockmen boab nuts, pictured above, engraved by Jack Wherra. Jack Wherra’s style was influenced by reading comics. In what ways do these two artworks reveal this influence?

Look at the message stick from the Kimberley Aboriginal people, collected in 1884 and pictured above. A message stick told people that the person carrying it had an important message to tell. What signs and symbols do we use today to let people know a person has a particular role or responsibility? For example, how can we identify a postman or a police officer?