The grassy plains of Gulidjan and Wadawurrung country attracted pastoralists in the 1830s. The traditional landowners initially resisted but then were forced to adapt to their presence.

Gulidjan and Wadawurrung peoples still maintain a deep connection to country and continue to practise their culture today.

We have never left. 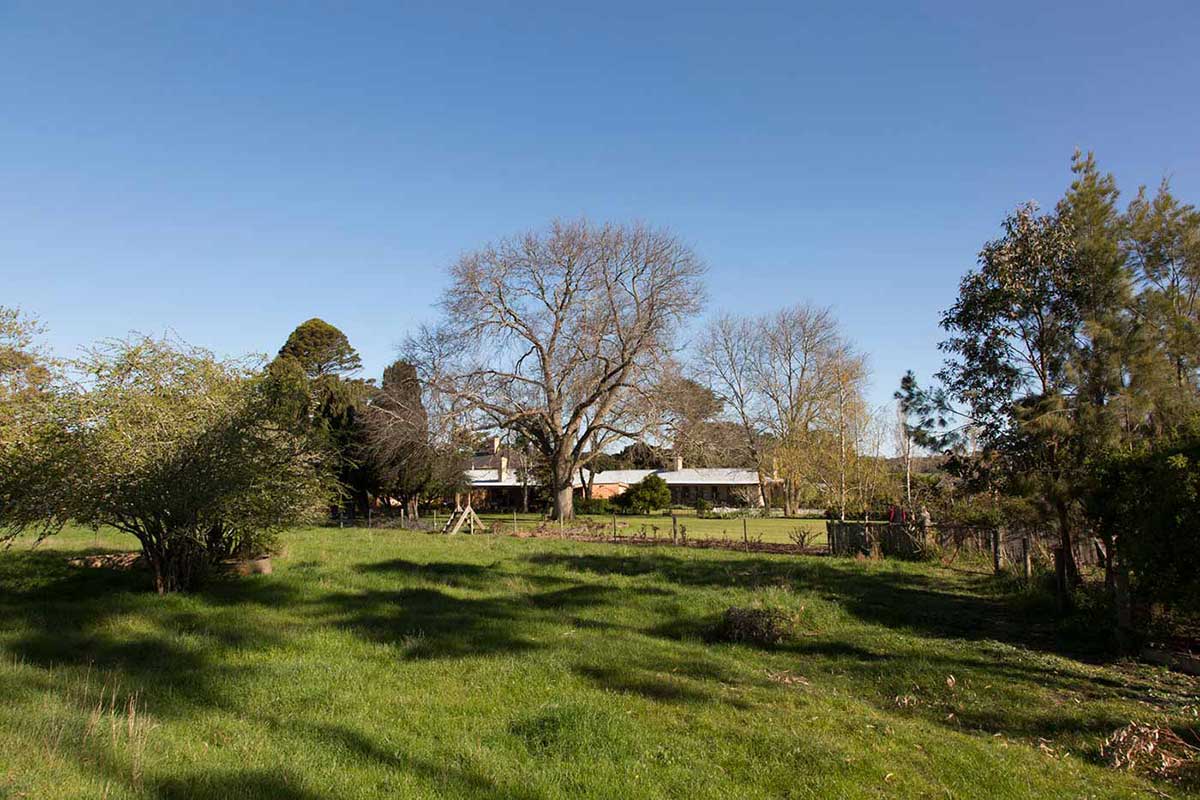 Edna Arnold’s family has always lived in Gulidjan country in south-west Victoria. In 2015 she visited Elliminook homestead, where her ancestors had worked for the Bromfield family in the 1860s.

Oh, my ancestors would have swept that flagstone.

When settlers arrived in the 1830s, Gulidjan people fought hard for their country. But by the 1860s they and neighbouring Wadawurrung and Gadubanud peoples had learnt new ways of surviving in the colonial world. Women often worked in settler households and men did stock work.

British settler Eliza Bromfield, who displayed an active interest in Gulidjan culture, collected this decorated spear-thrower in the 1860s, probably at Elliminook homestead.

The spear-thrower is decorated with the image of a person wearing a possum-skin cloak (top).

Such cloaks were used by Aboriginal people throughout south-eastern Australia. Designs on the insides of cloaks relate to clan affiliations of the wearer.

Senior Wadawarrung man Sean Fagan identified this spear-thrower from Birregurra as most likely having been made by Gulidjan people. 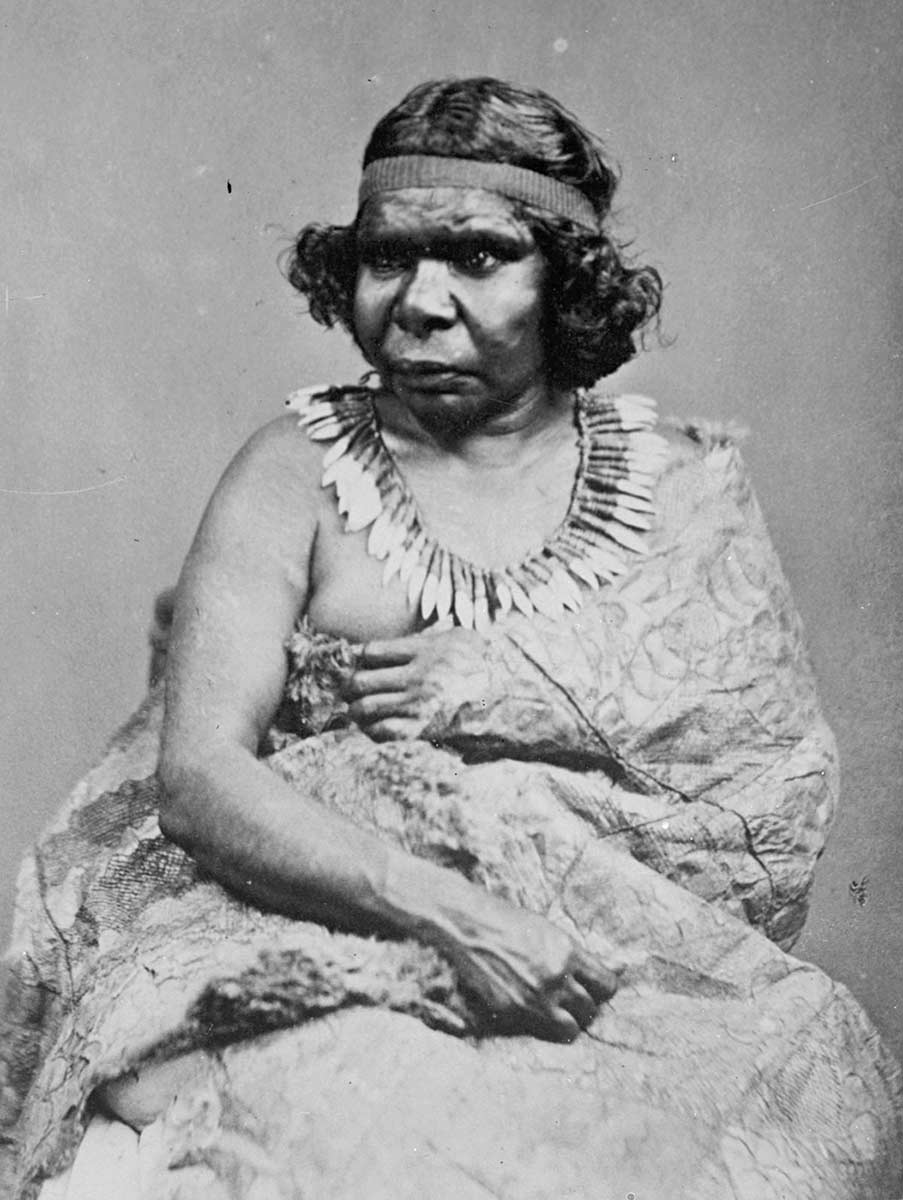 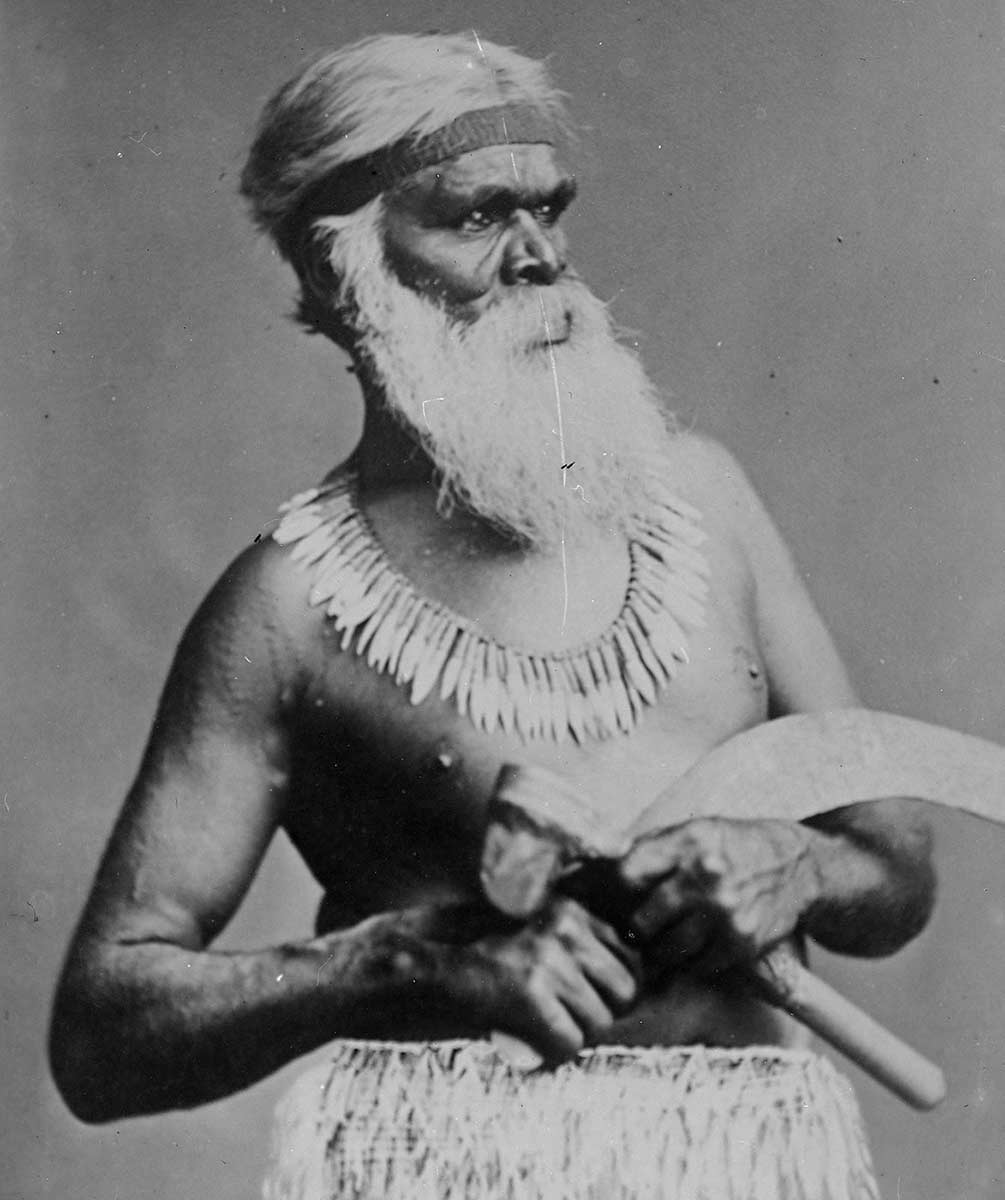 Today, Edna, her son, granddaughter and great-grandchildren all live at Apollo Bay, on Gadubanud country.

In recent times, there has been a revival in making and using possum-skin cloaks, which have become a symbol of cultural identity, worn on significant occasions.

The streams leading up the centre [of this shield] represent the northern and southern flowing waters weaving in and out of the Great Dividing Range … The diamonds in the middle represent home and a place of ceremony, where our tribes can now come together harmoniously after the dispossession and devastation … to share culture, stories, song and dance, free from the modern laws thrust upon us ... This shield is for the protection of our children, to protect us from history repeating itself.

Match the text to the pictures

What do you know about Birregurra?

Examine the images above of the spear-thrower, Yarruun Parpur Tarneen (Victorious) and Aunty Edna Arnold. In which part of Australia were possum-skin cloaks traditionally worn, what did the designs on the inside of the cloaks relate to, and what do the cloaks symbolise today?

Write a ‘life in the day’ of one of your ancestors, after reflecting on this quote by Gulidjan and Gadubanud Elder Aunty Edna Arnold after she visited the Elliminook homestead in Gulidjan country: 'Oh, my ancestors would have swept that flagstone.'

Think of a place where one of your ancestors worked in the past. What did they do there? What does it tell you about the time? Consider the working conditions, the opportunities, or restrictions that could have an impact on them.