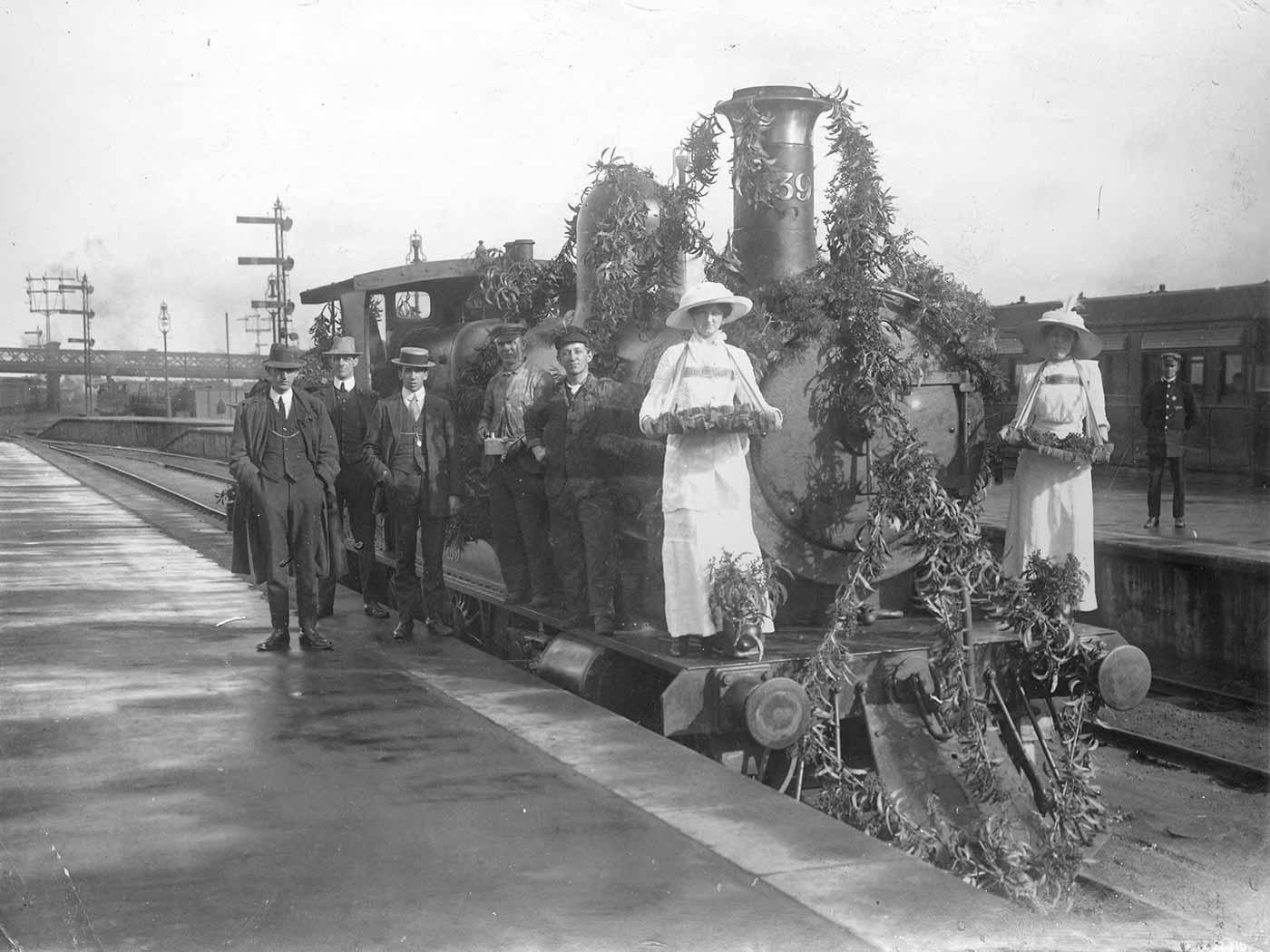 Badge sellers with a locomotive decorated for Wattle Day

Some lucky people … do not have to turn to newspaper or map to get an idea of the British Empire … They are the people who were in London in 1897, who saw the Diamond Jubilee of Queen Victoria … Men owning British rule came from every part of the world … white men who had come home from every corner of the earth, black men from Africa, brown men from India, yellow men from the Far East … They saw for themselves how many different kinds of people lived under the British flag.

Native flora and fauna, and flags of nation and Empire featured in public celebrations in 1913, and sentiment towards such unifying national symbols was fostered. Author and illustrator May Gibbs, whose characters inspired by the Australian bush gained immediate and enduring popularity, registered copyright for the first time in 1913.

‘Empire Day’ and ‘Wattle Day’ were intended to encourage patriotism, especially among schoolchildren. Queen Victoria’s birthday, 24 May, marked Empire Day, and Wattle Day was celebrated throughout early spring as the plant bloomed in different climates across the country.

Native to every state, wattle was favoured as a national symbol, and it adorned most official occasions. On Wattle Day, boughs decorated public spaces, and women and children sold sprigs and badges for charity.