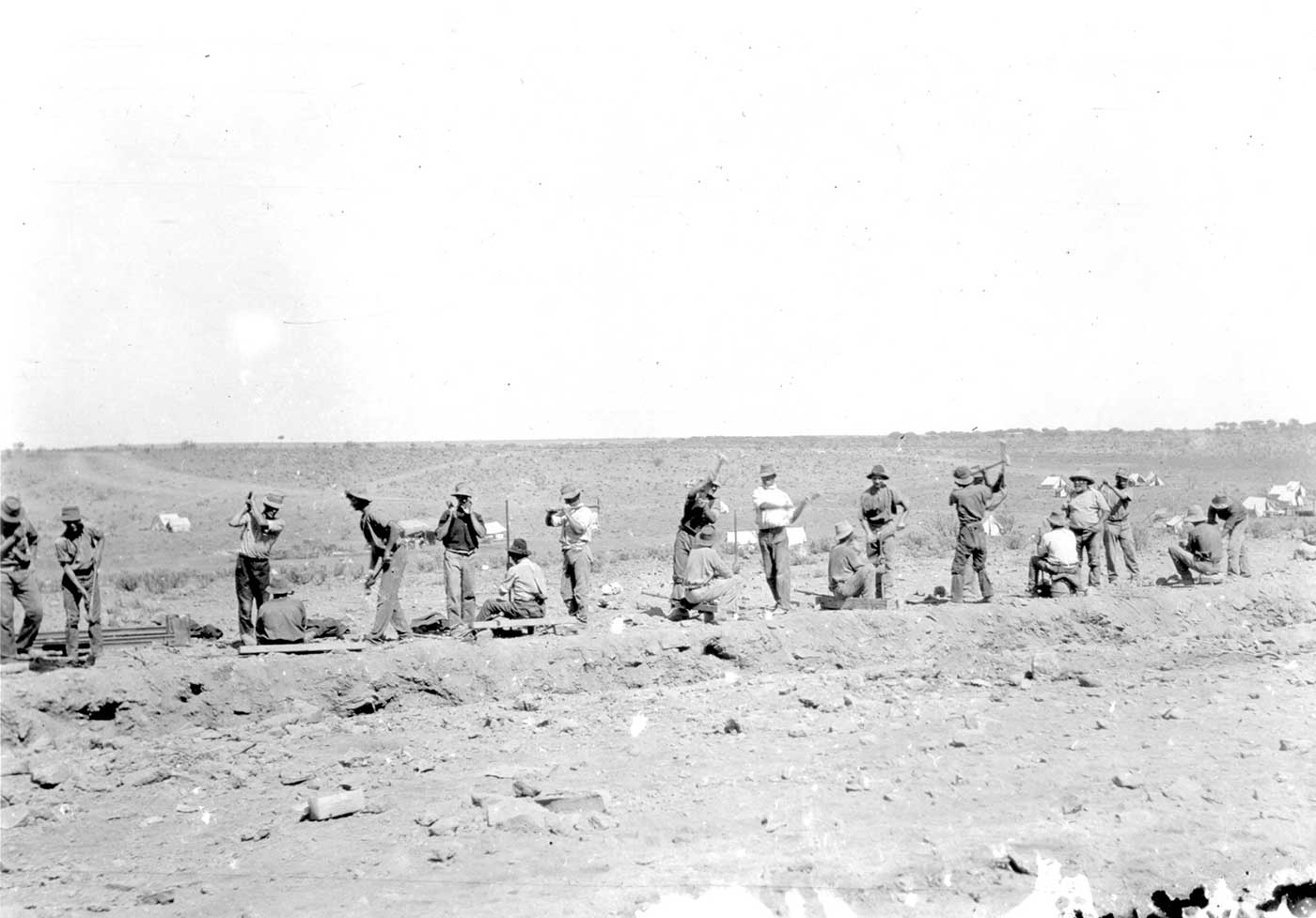 The hesitancy, parochialism, and delay that have marked and marred the history of the trans-Australian railway movement are happily things of the past. They did not redound to the credit of the national Legislature nor support the claim that Australians are a progressive people. The first essentials to the safety and adequate development of the Commonwealth are steel tracks traversing the length and breadth of the Continent, from west to east and north to south.

One of the inducements offered to Western Australia to join the Commonwealth was the promise of a federally funded railway linking the continent from east to west.

Legislation authorising the construction of a rail route from Port Augusta, via Tarcoola, South Australia, to the goldmining town of Kalgoorlie in Western Australia, was passed in December 1911, with more than 1600 kilometres of standard-gauge line projected to cost £4,045,000.

Work began on 14 September 1912 in Port Augusta and on 12 February 1913 in Kalgoorlie. The outbreak of war in 1914 delayed the delivery of materials, but the two halves of the line finally met at Ooldea, South Australia, on 17 October 1917.

Workers on the Trans-Australian Railway

BP Solar Trek vehicle known as the 'The Quiet Achiever'The vehicle was handbuilt by Larry and Garry Perkins in Melbourne at a cost of $15,000, and it was driven from Perth to Sydney, 4084kms, in 172hrs driving time at an average of approximately 30km/h.