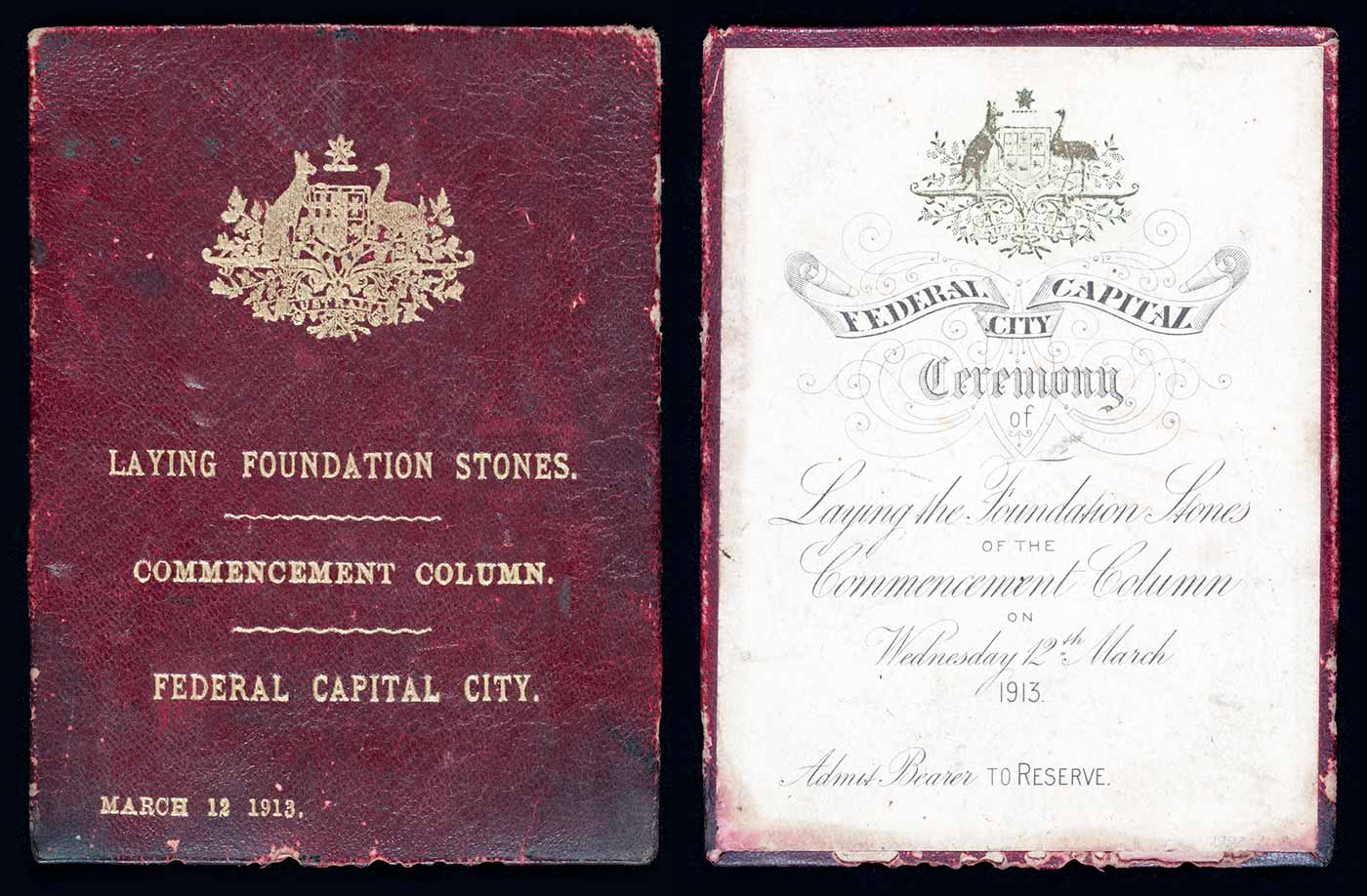 After the naming of the Capital a cable message was despatched to the King by the Governor-General as follows:–

I desire to convey greetings from the people of Australia to Your Majesty, and to announce that I have to-day laid the foundation-stone of the Federal Capital City, and that Lady Denman has named it 'Canberra.' – Denman.

The ceremony to name and inaugurate the federal capital city on 13 March 1913 was hailed as ‘an occasion of the utmost historic significance for the future of Australia’. Here was a chance to set aside state rivalries and unite in the building of an ideal city for the ideal society Australia aspired  to be.

Central to the day’s proceedings was the laying of foundation stones for a proposed ‘Commencement Column’, designed to rise eight metres and represent, in choice of materials and symbolism, the fusion of the new nation and its place in the British Empire.

The ceremony was attended by close to 400 invited guests, who each received a ticket, a program and a booklet outlining transport arrangements, and who later attended a banquet.