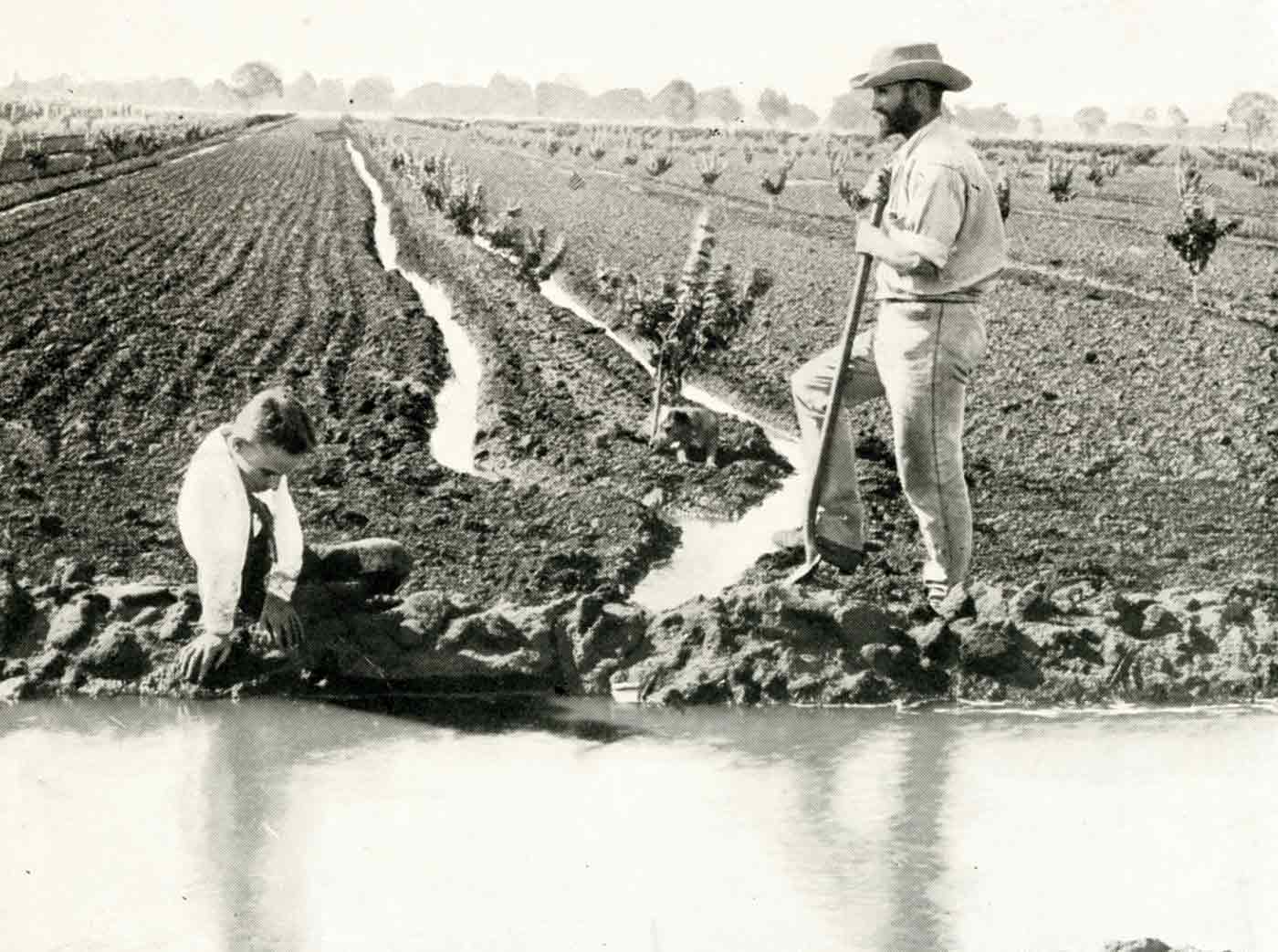 Irrigating an orchard at Yanco

The successful results which have so far followed the intelligent cultivation of the irrigated soil along the Murray banks justify the confident belief that the policy now being pursued will in due course greatly swell the volume of our national assets and become a perennially productive source of wealth to the community.

Australia’s dream of ‘national development’ included the idea of harnessing and managing the continent’s most scarce resource – water. In 1913 the country was deep in drought. Many saw the exploitation of the inland rivers, specially ‘the Nile of Australia’, the Murray River, and the Great Artesian Basin as ways of overcoming the uncertainties of the natural cycle.

Idealists, engineers, scientists and propagandists argued about how best to manage and allocate water resources. State governments clashed over water rights, with South Australia fearful that upstream states were reducing the Murray to ‘a mere trickle’.

The Report of the First Interstate Conference on Artesian Water, 1912, published after a conference in Sydney, called for a complete survey, and the adoption of uniform legislation for the control of the country’s finite artesian water reserves.

Newspaper coverage of the Report of the First Interstate Conference on Artesian Water, 1912 in Trove