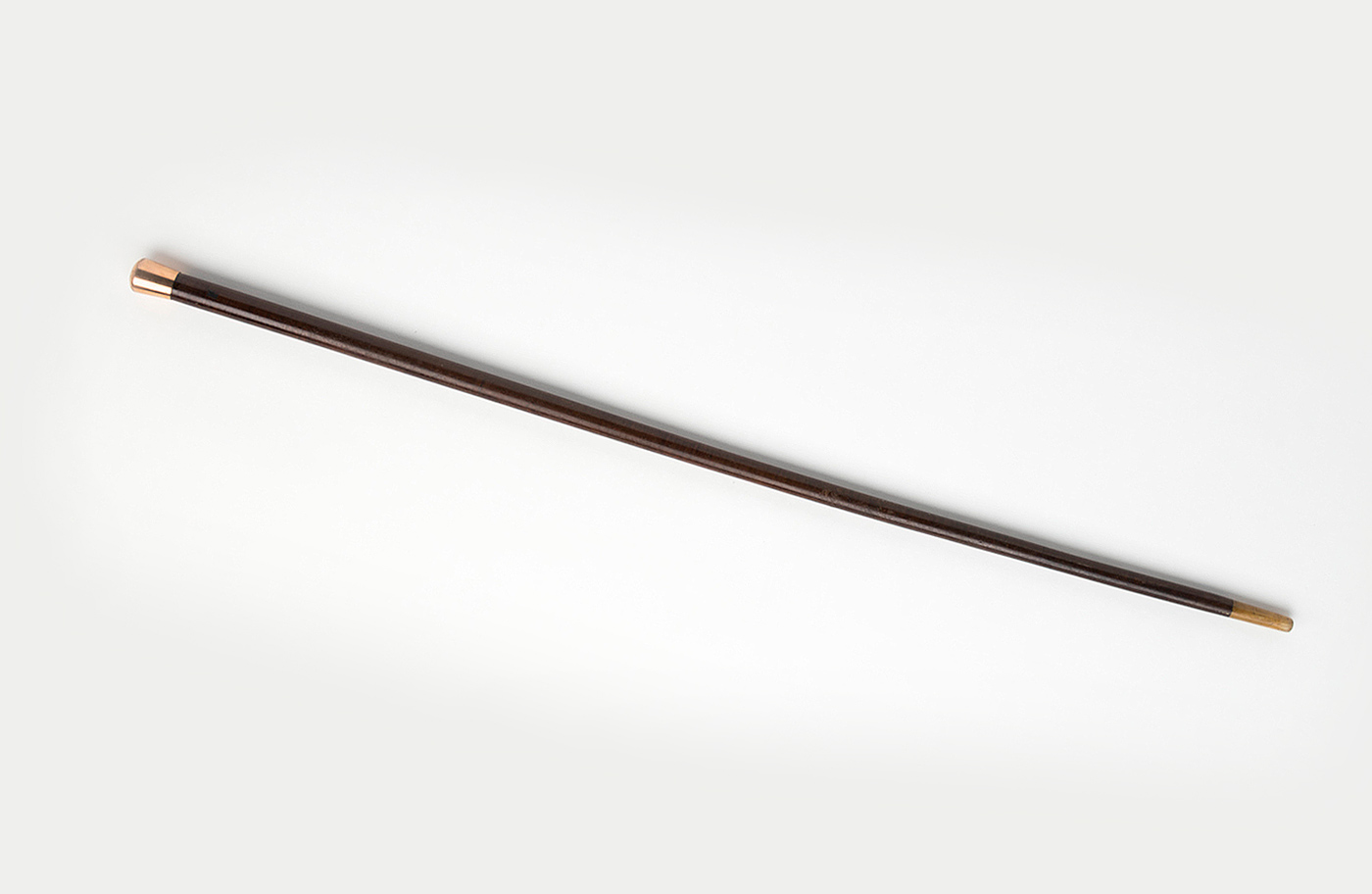 In reply [to Sir George Reid’s address], the King said:– 'It gives the Queen and myself much pleasure to be present on this interesting occasion, and to congratulate the Commonwealth organisation. The noble structure on this splendid site will take its place as a worthy and welcome addition to the buildings adorning the centre of the Empire, and call to the minds of passers-by the immense opportunities and limitless resources of the great continent under the Southern Cross.'

Gift from the King

Read the full text in Trove

King George V presented this walking stick to Sir George Reid on the laying of the foundation stone of Australia’s high commission in London. The gift was not purely ceremonial. Often caricatured over his rotund stature, Reid relied on a walking stick, and this one bears signs of wear.

Lawyer, politician and statesman, Reid played a significant role in the federation of the Australian colonies. In 1910, he was appointed Australia’s first high commissioner in London, a position he held until 1916, when he won a seat in the British House of Commons and became the only Australian to sit in the colonial, Commonwealth and Imperial parliaments.

As high commissioner, Reid was responsible for the construction of Australia’s first high commission. A dream of the newly federated Australian nation, it was expected to both promote the Australian Government’s aspirations and to confirm Australia’s place within London, the Empire and the world. Reid chose the name ‘Australia House’ because, he explained, ‘the word “House” carries with it the idea of a “home” for Australia in London’.

Reid was eager to acquire a building ‘over which the flag of the Southern Cross and the Union Jack would fly proudly’. The ceremonial laying of the foundation stone of Australia House in July 1913 provided an opportunity for the simultaneous affirmation of these loyalties. Crowded with an estimated 1500 people, London’s Strand was bathed in what has been frequently termed ‘Australian’ sunshine.

Accompanied by a flourish of trumpets, the King declared the stone ‘well and truly laid’ and, at Reid’s instigation, the crowd responded with cheers and a smattering of cooees. If a breach in court etiquette, the ardent applause and shouts were reportedly none the less welcome. Reid cabled excitedly that ‘the proceedings passed off without a single drawback, and were marked by a degree of enthusiasm on the part of the spectators, which, it was quite evident, delighted both Their Majesties’.

Preparations for the construction of the building were soon underway, and the attempt to shape diverse aspirations into material form commenced. In August 1918, long before Parliament House opened in Canberra, Australia House stood proudly in the Strand.

Reid lived just long enough to see it. The walking stick remained with his family until his granddaughter Anne Fairbairn donated it to the National Museum of Australia in 1992.