This set of drawing instruments was owned by architect John Smith Murdoch, who designed Australia's provisional Parliament House in Canberra. Murdoch chose an unadorned, simple classical style, symmetrical to reflect the two chambers and low-rise in sympathy with the environment.

On the front of the case is a silver plaque engraved with the following: 'Presented to John S Murdoch, Architect / by a few friends on the occasion / of his leaving Elgin for Inverness. 18 November 1881.' 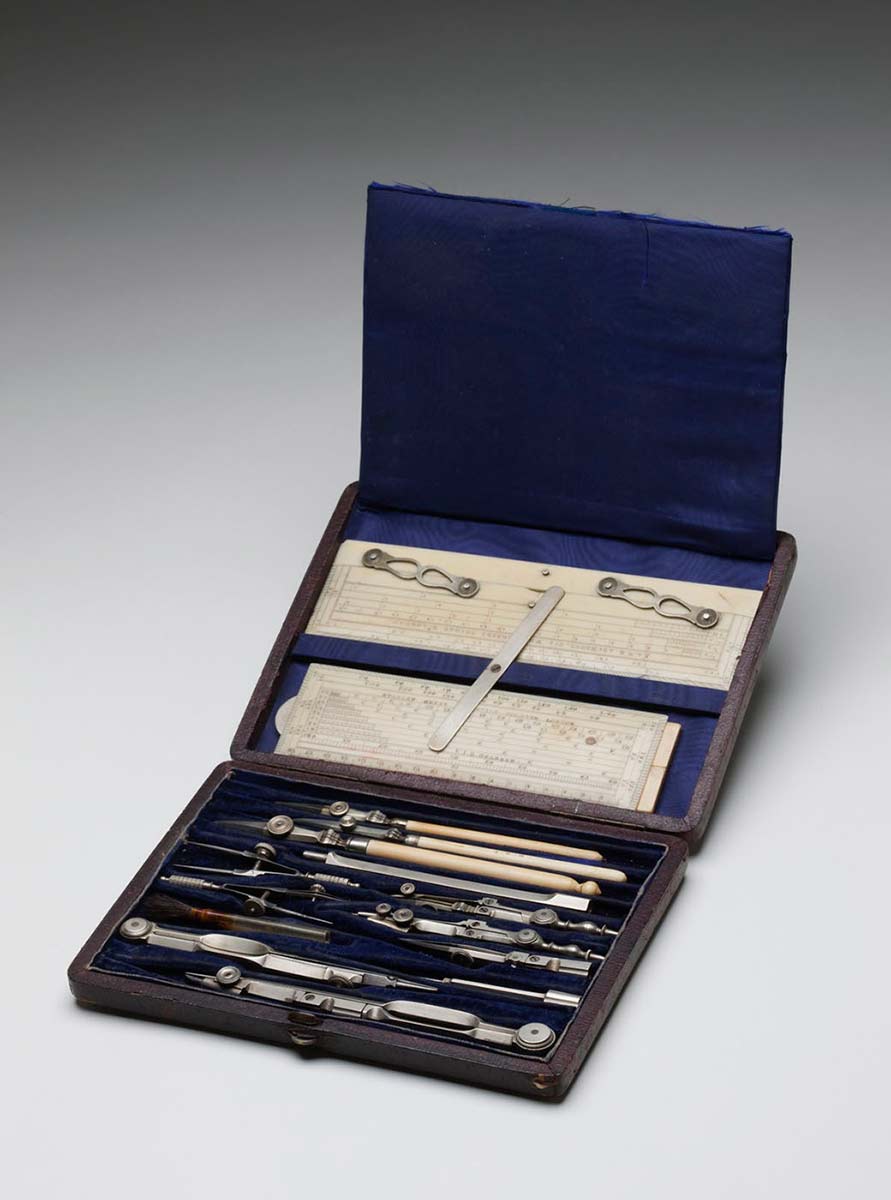 The case contains 15 individual drawing instruments, which are stored in a moulded tray, lined with blue velvet or velour, and a recessed storage compartment in the lid.

Several instruments, including the protractor, are marked with Murdoch's name or initials.

Murdoch carried this standard set of drawing instruments with him to Australia, where they were later retained by family members. 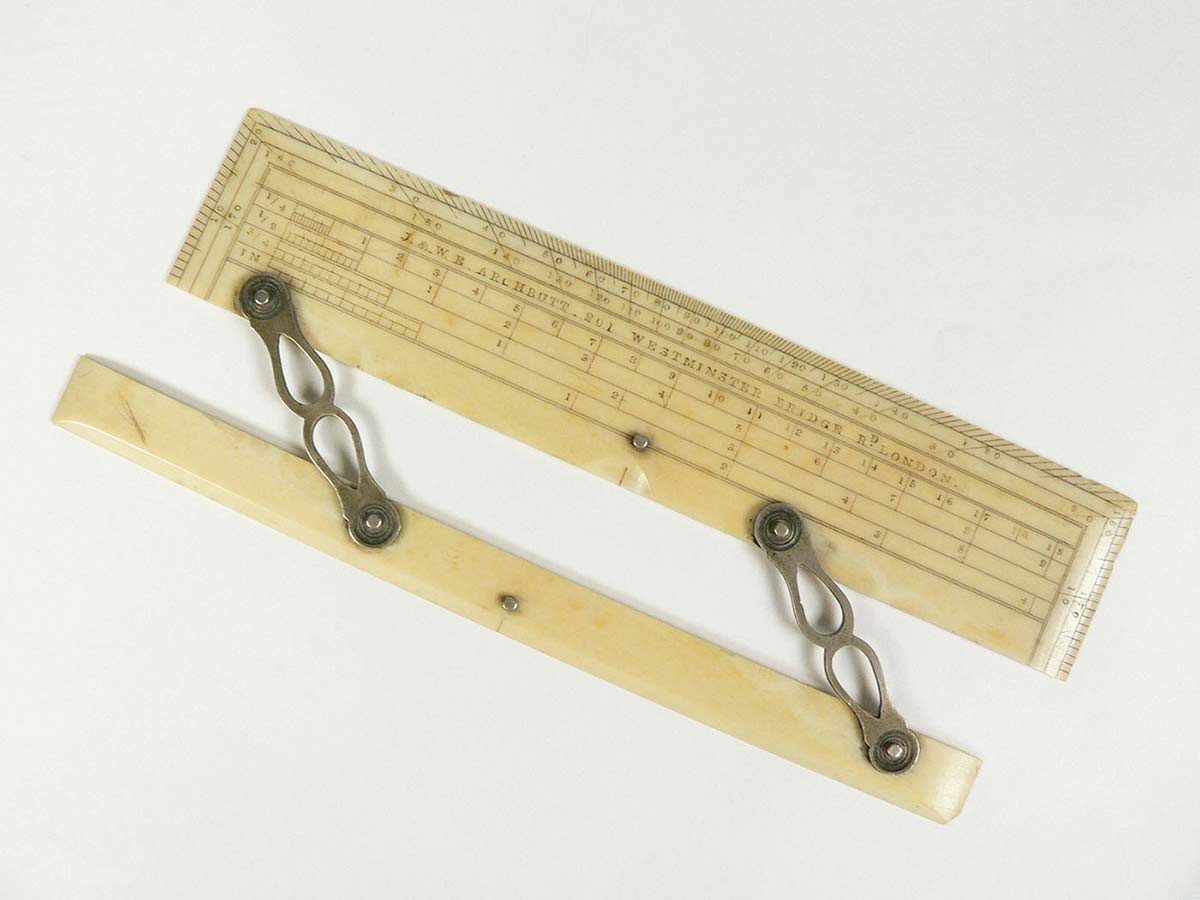 Architect of the nation's capital

John Smith Murdoch was born in Scotland in 1863. Murdoch trained as an architect with Matthews and Mackenzie, a practice which had offices in Aberdeen and Inverness. The inscription on the lid of the drawing instruments case indicates that Murdoch worked for a time at Inverness.

Murdoch migrated to Australia in 1885 and shortly after was employed by the Queensland Department of Mines and Public Works. In 1901 he was appointed Queensland District Architect and was responsible for designing many of the state's government and public buildings.

During his career, Murdoch designed more than 120 buildings and public spaces in Australia, including the General Post Office and Forrest Place in Perth, the Spencer Street Post Office and the High Court of Australia (now the Federal Court) in Melbourne, and Anzac Square in Brisbane.

He was a member of the review panel for the National Capital design competition, won by Walter Burley Griffin and Marion Mahony Griffin in 1912. Murdoch also supported an international competition for the design of a parliament house in Canberra, which was eventually abandoned due to ongoing disagreements and the onset of the First World War.

In 1923 Murdoch was given the task of designing a temporary parliament house until a suitable design and sufficient funds could be found for a permanent building.

As the architectural coordinator for all aspects of the building, Murdoch completed drawings for the exterior and interior fittings and furnishings.

While both functional and economical, the symmetrical structure was symbolic of Australia's democratic bicameral (two legislative chambers) parliament and was sympathetic to Canberra's natural and built environments.

Construction commenced in August 1923, and was completed in 1927 at a cost of £644,600 (three times the original estimate). The building spanned four acres (1.6 hectares), with a total of 184 rooms. It was designed to house the requirements of parliament at the time, though numerous changes were made as parliament expanded in the following decades.

Murdoch contributed to the establishment of Canberra by designing and constructing a number of significant buildings, including the Powerhouse at Kingston, the Hotel Canberra (now the Hyatt Canberra), Hotel Kurrajong, East and West Blocks, and Gorman House.

Murdoch retired in 1929, still an active member of the Royal Victorian Institute of Architects. He died in Brighton, Melbourne in 1945.

Roger Stuart donated the drawing instruments to the Museum in 2009.

Boxed set of drawing instruments belonging to John Smith MurdochA hinged maroon leather case with a silver plaque on the front engraved with "PRESENTED TO / John S Murdoch ARCHITECT / BY A FEW OF HIS FRIENDS ON THE OCCASION / OF HIS LEAVING ELGIN FOR INVERNESS / 13. NOVEMBER. 1881". The case includes sixteen mathematical instruments, thirteen of which are stored within a blue, grossgrain mou...
On display

Parliament for the people

Curator Jennifer Wilson explains how Australia’s first purpose-built home for the Australian Parliament was opened with suitable pomp and ceremony in Canberra on 9 May 1927.
Open player in a new tab
Presenters: Jennifer Wilson
Tags:
00:00 / 50:16