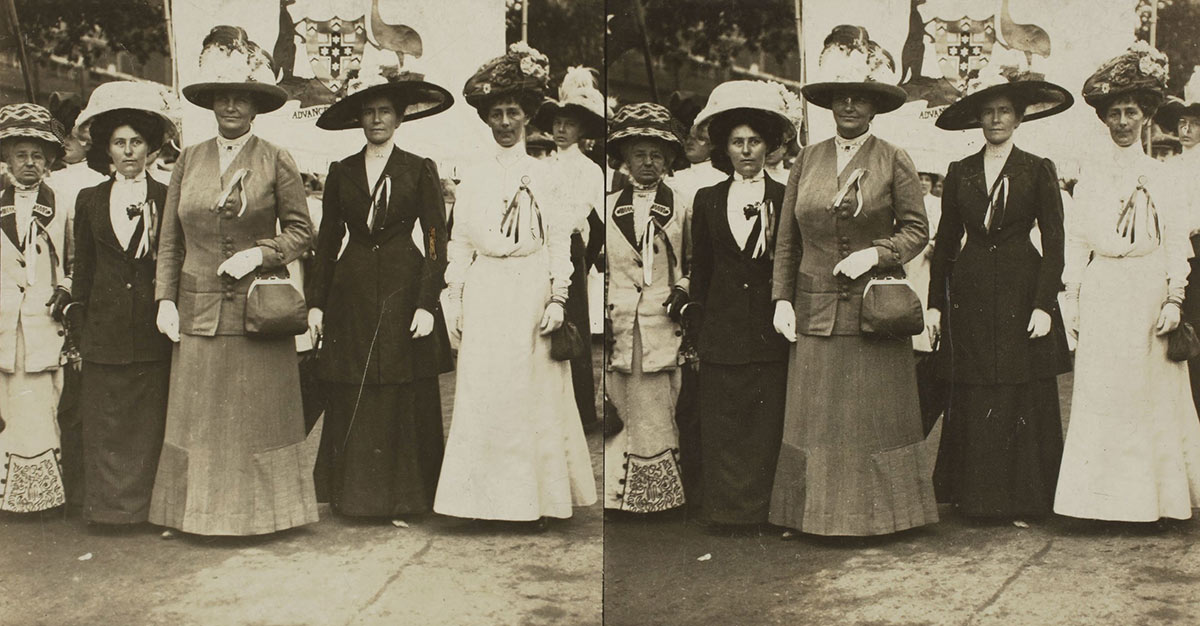 Australian contingent at the Women's Coronation Procession in London

Some time ago the [Public Service] association made a great point over the appointment ... of certain lady clerks,because it was intended to pay them a much smaller salary than a trousered person … The principle of equal pay for  equal work was loudly affirmed ... Are they receiving a man’s salary? If not, what has the association to say for itself? In the commercial world the woman has … captured the position as presiding genius of the typewriter. And the commercial world has not suffered by the institution.

From the very first days of Federation, Australia’s white women were accorded a stake in the nation’s destiny. Unlike their sisters in every other nation in the world, except New Zealand, they could vote for their representatives in the new federal parliament. By 1913 they had been exercising this right for over a decade and, in some states, even longer. Many Australian women saw the vote as an opportunity to shape the future of the new nation in a way that would improve the lot of women as well as society.

Australian and New Zealand women were valued guests at international women’s suffrage conferences in the first decades of the 20th century, providing practical and moral support to British and American women in their own long struggle to gain the vote.