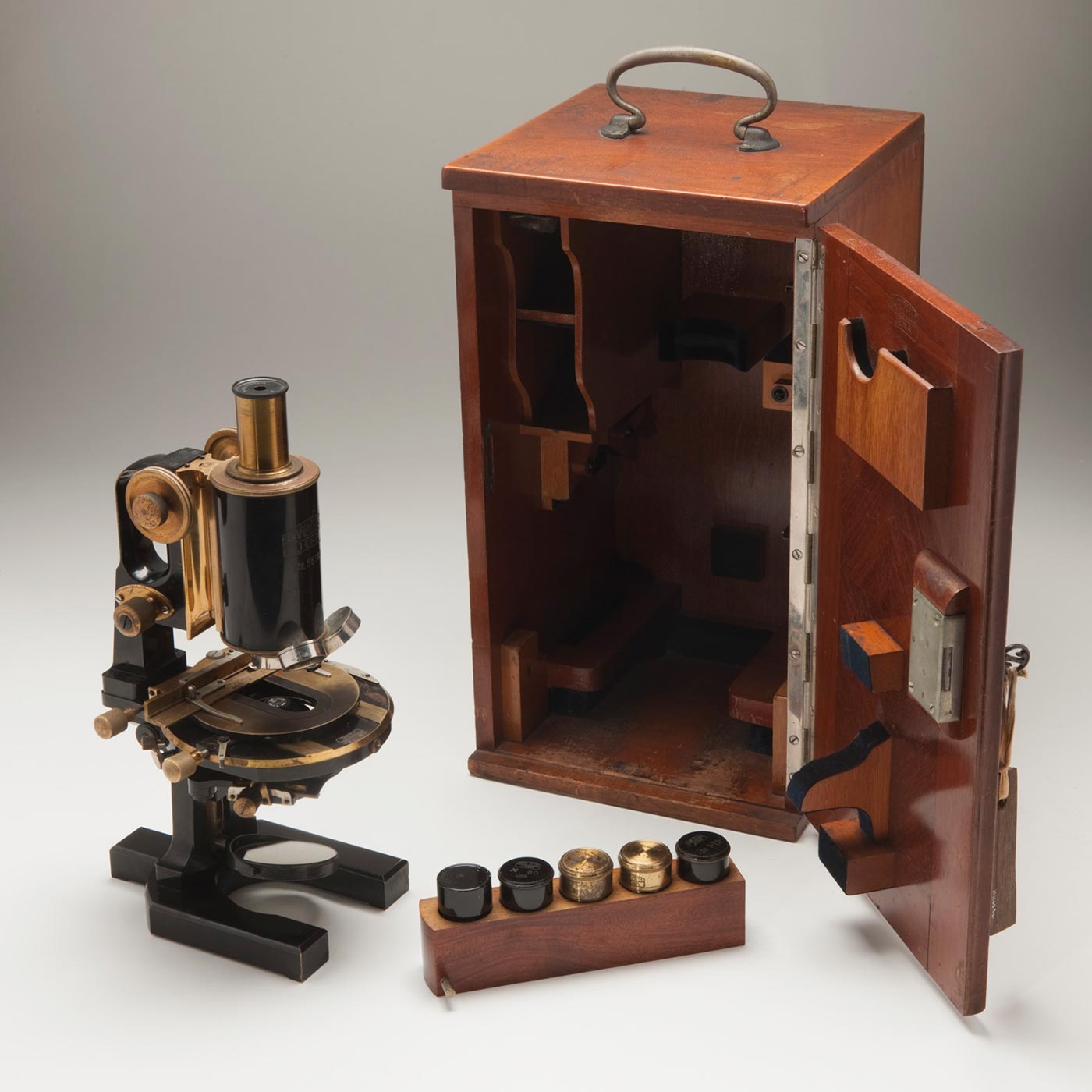 Microscope used at the Australian Institute of Tropical Medicine

‘An experiment worth trying’

The Australian Institute of Tropical Medicine, the first medical research institute in Australia, opened in Townsville, northern Queensland, in 1910, for the purpose of discovering if Europeans could live healthily in the tropics. Initially housed in former wardsmen’s quarters behind the Townsville Hospital, the institute’s first year budget covered only the purchase of basic equipment and the salaries of the director, Dr Anton Breinl, and his assistant, John Fielding.

The official opening of the new institute building, built on the same site, was on 28 June 1913. In his opening speech, the governor of Queensland, Sir William MacGregor, a medical practitioner and supporter of scientific inquiry, urged ‘the policy of reserving Tropical Australia as a home for a purely white race’.

Institute staff used microscopes like this Zeiss model in the laboratories to diagnose diseases, assess nutritional content of local agricultural produce, identify and classify insect and parasite specimens, and for public presentations. During 1913 and 1914, Breinl and his colleague Dr Henry Priestly tested the blood of more than 150 schoolchildren in Townsville for numerous deficiencies, including lead poisoning and anaemia. They found consistently low white blood cell counts, suggesting the influence of climatic conditions.

Institute staff analysed bodily fluids, solutions and climatic conditions using a range of thermometers, hydrometers and hygrometers, many of which are now in the National Museum of Australia’s collection.

In its first decade of research, the institute identified few diseases of concern in northern Australia and no evidence of mental or physical degeneracy in the white population. Doctors concluded that health in tropical Australia depended not on ethnicity but on how people lived: their access to clean water, houses with good shade and air circulation, effective waste disposal, loose clothing, a healthy diet, low alcohol consumption and protection from disease-bearing insects.

In 1930, the institute relocated to Sydney University where it became the School of Public Health and Tropical Medicine. In 1986, a collection of 108 items of laboratory equipment from the school was transferred to the National Museum. This included 30 items used in Townsville. The collection offers valuable insight into the work of the institute, the communities that it served and the foundations of tropical medicine in Australia.