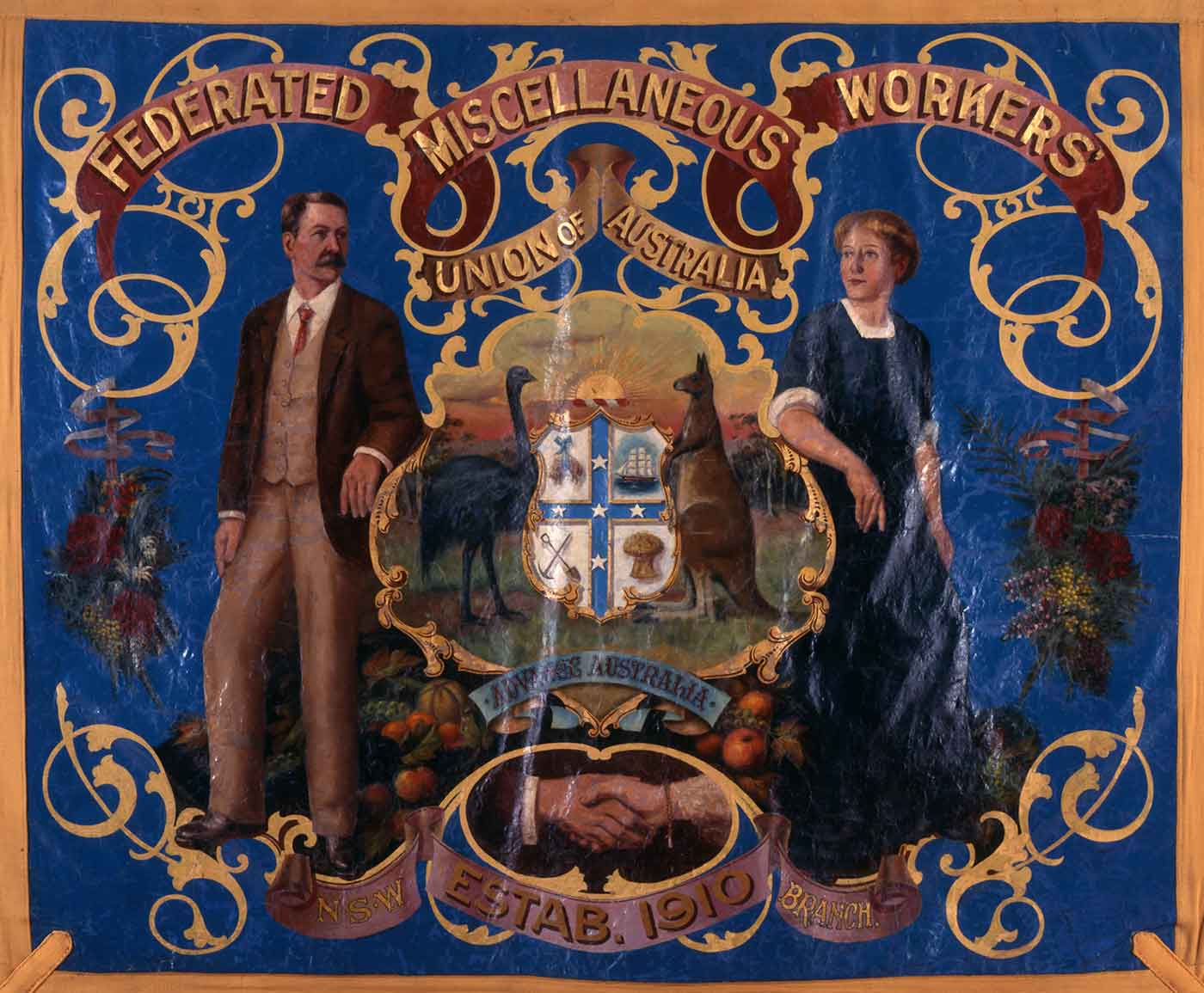 With high tariffs to keep out cheap goods, the ‘White Australia’ policy to keep out cheap workers, arbitration to establish industrial awards, invalid pensions, a minimum wage and an eight-hour day, Australia was a ‘working man’s paradise’, compared with other nations, in 1913. But much work was still casual, physically demanding and poorly paid.

Mechanisation was replacing skilled artisans and, as more women moved into traditionally male occupations, they pushed wage rates down. Not only did employers strongly resist raising women’s wages, concerns were also expressed that such a move would draw women away from the home and cause the birthrate to fall further. Unions – and Australia was highly unionised – pursued a ‘family wage’ sufficient for a man to support his whole family, but most resisted women’s calls for fair pay.