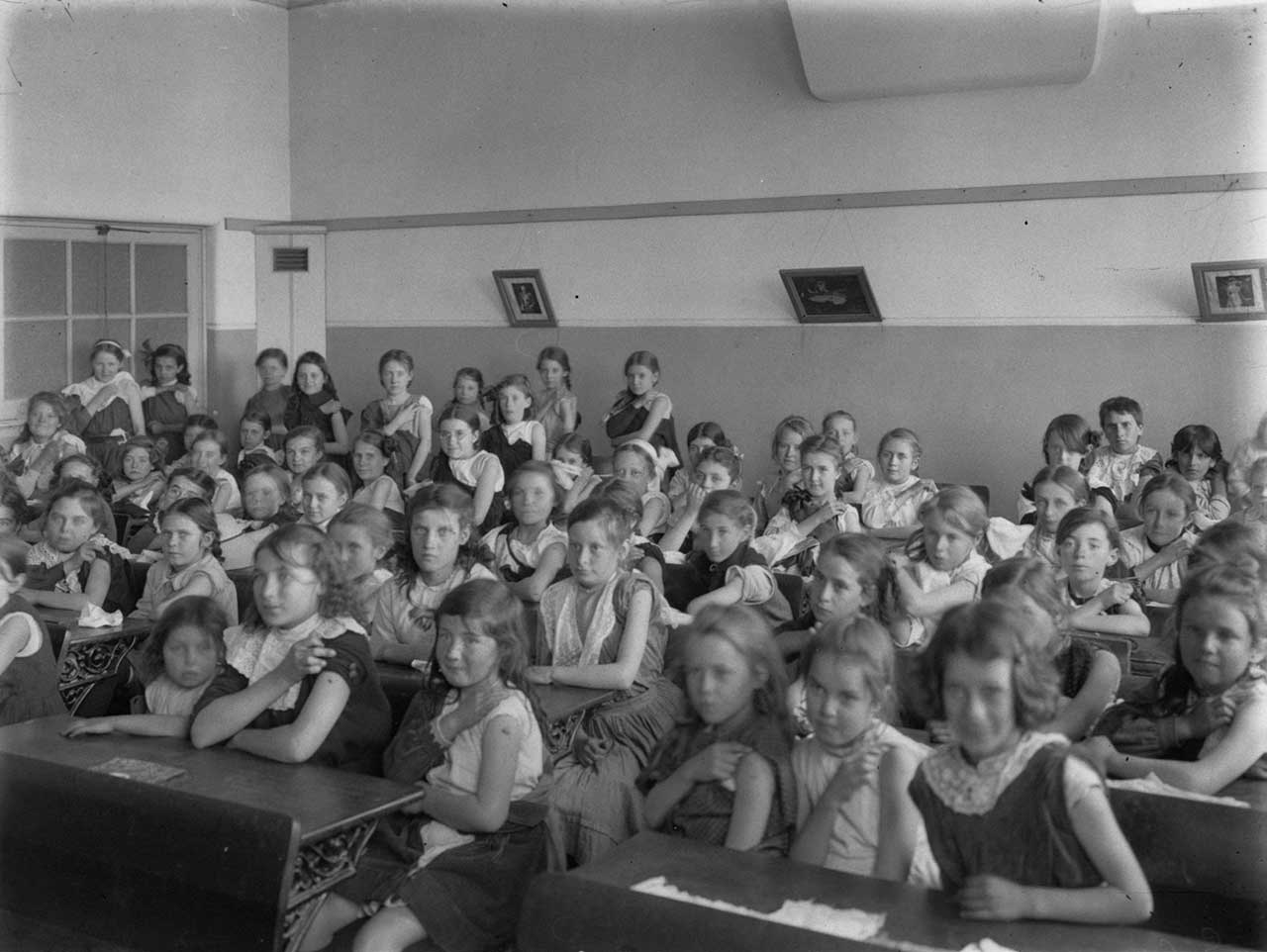 A vaccinated class of girls at Campsie School, 1913

Sea quarantine … has proved itself ineffective in preventing importation of this type of smallpox to Sydney. Therefore, land quarantine, which is of very little effective value in dealing with large communities, cannot be considered satisfactory or necessary … The proclamation issued by the Federal Government quarantining Sydney should be withdrawn, as it is … injurious in many respects to the State of New South Wales in particular, and to the Commonwealth in general.

In The History of Small-Pox in Australia 1909–1923, former Chief Quarantine Officer John Howard Lidgett Cumpston describes the following seemingly everyday event: On 12 April 1913, a 22-year-old female factory worker, known only by the initials ‘ED’, visited 23-year-old ‘BE’ at his mother’s house. A ship’s steward, BE had arrived in Sydney that day on the SS Zealandia from Vancouver. The couple were reportedly ‘very friendly’.

At the end of May, ED’s employer, the owner of an underclothing factory on Chalmers Street, Sydney, reported that a number of his ‘girls’ had been suffering rashes. The infection was traced to ED, who on 25 April 1913 had experienced influenza-like symptoms, followed by a rash three days later. Investigations revealed smallpox cases among those on board the SS Zealandia.

Meanwhile, the Sydney Morning Herald voiced concerns that the North Head Quarantine Station, established at Manly in 1835, was no longer a safe distance from the city, the suburbs of which now reached Manly. Part of the Federal Quarantine Service since 1909, the quarantine station was obliged to receive ships consigned to quarantine from interstate.

A representative of the Harbour Foreshores Vigilance Committee protested in the Herald that housing patients with infectious diseases close to Sydney’s ‘most popular seaside resort’ was an ‘insult’. He asked readers to ‘fancy visitors from the country writing back to their friends to state they have arrived at Manly only to find that the smallpox flag is flying on Quarantine Station adjacent to them’.

With confirmation that workers at the Chalmers Street factory were suffering a mild form of smallpox, the Federal Quarantine Service exercised its powers for the first time and declared an area 15 miles (24 kilometres) from the Sydney GPO to be in quarantine. The federal government then billed the state government £9403 19s 10d for the upkeep of those quarantined, a bill the state indignantly refused to pay.

Those known to have been in contact with a smallpox patient were sent to North Head Quarantine Station and, by January 1914, there had been 1402 admissions and 1037 confirmed cases. Sydneysiders’ worst fears were confirmed when the Herald reported that five ‘patients in a contagious state’ had escaped over a 6-metre-high wall and ‘visited several business places and pleasure resorts, and had, in fact, mixed freely with the usual crowd to be found in Manly on a Saturday night’.

It was fortunate the strain of smallpox was an extremely mild one. There was only one fatality, the tragic case of ‘MM’, aged 29, who died 2-and-a-half hours after delivering a healthy baby boy. She had previously lost three babies, all delivered stillborn at full term. The outbreak was particularly dangerous for pregnant women, and there were a number of miscarriages.

Quarantine restrictions largely contained the outbreak to New South Wales, where cases occurred until 1917. The North Head Quarantine Station remained under the control of the Australian Government until 1984, when objects relating to all periods of its history became part of the National Historical Collection at the National Museum of Australia.