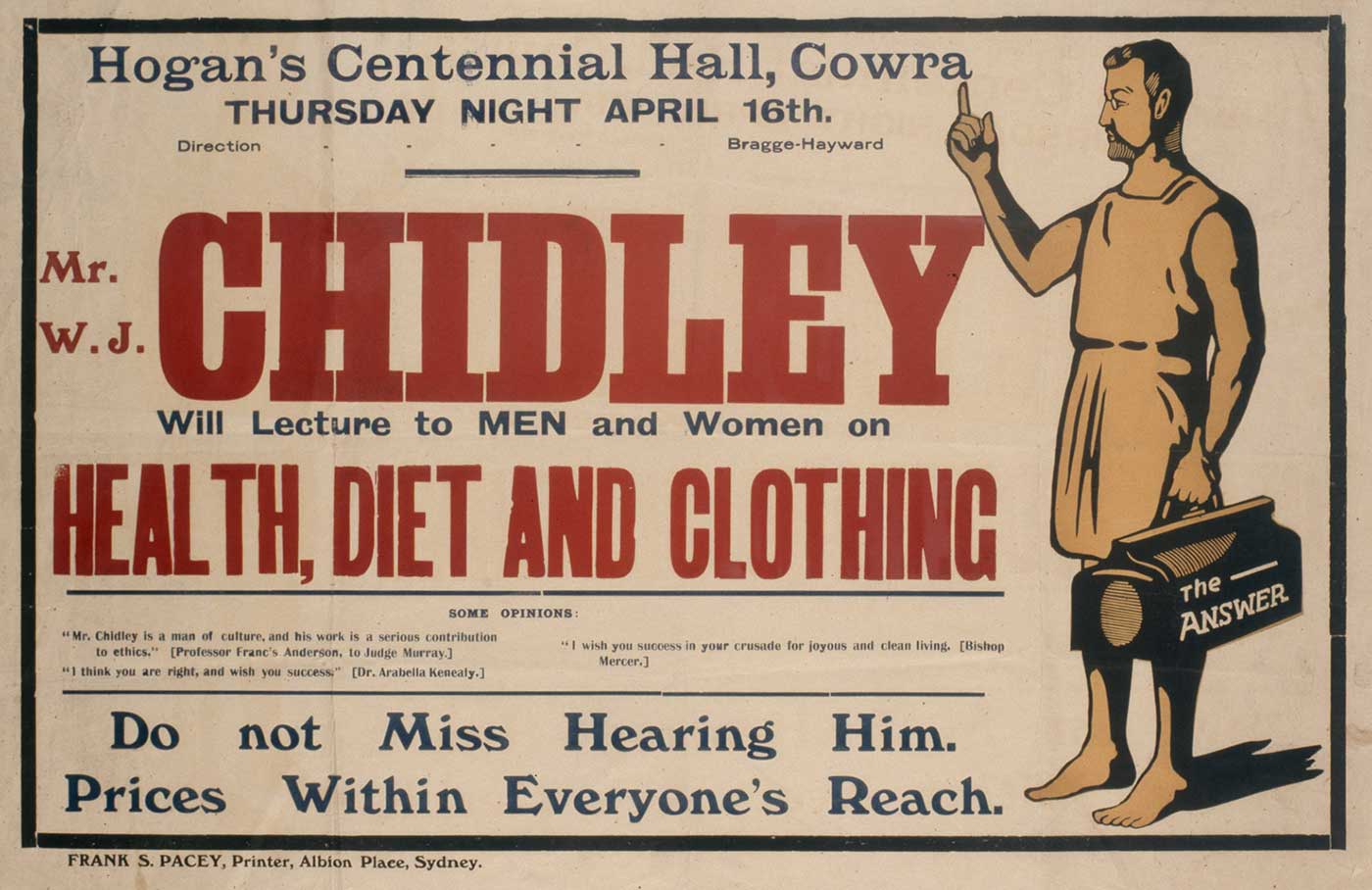 William Chidley, the simple life advocate and author of 'Answer,' was fined £3 in default fourteen days in gaol on a charge of sending an indecent publication through the post. Chidley’s solicitor intimated his intention to appeal.

William Chidley, a sex reformer filled with ardent concern for humanity’s miserable lot, was declared insane for the second time on 26 December 1913. ‘Anyone’, he wrote, ‘who has seen a few generations grow up need not study statistics to know that degeneracy is on the increase.’

Worried that ‘coition’, or sexual contact, between men and women had become unnatural and unhealthy, he advocated vegetarianism, plenty of sunlight and fresh air, light and unrestrictive clothing and a ‘natural’ method of sexual intercourse. Wearing only a short white tunic himself, he offered copies of his book, The Answer, to passers-by, hoping its effect would be ‘to make us more tolerant and kind’.

Continually offending Edwardian notions of propriety and frequently arrested for obscenity, Chidley felt his approach was ‘the only hope for humanity’.