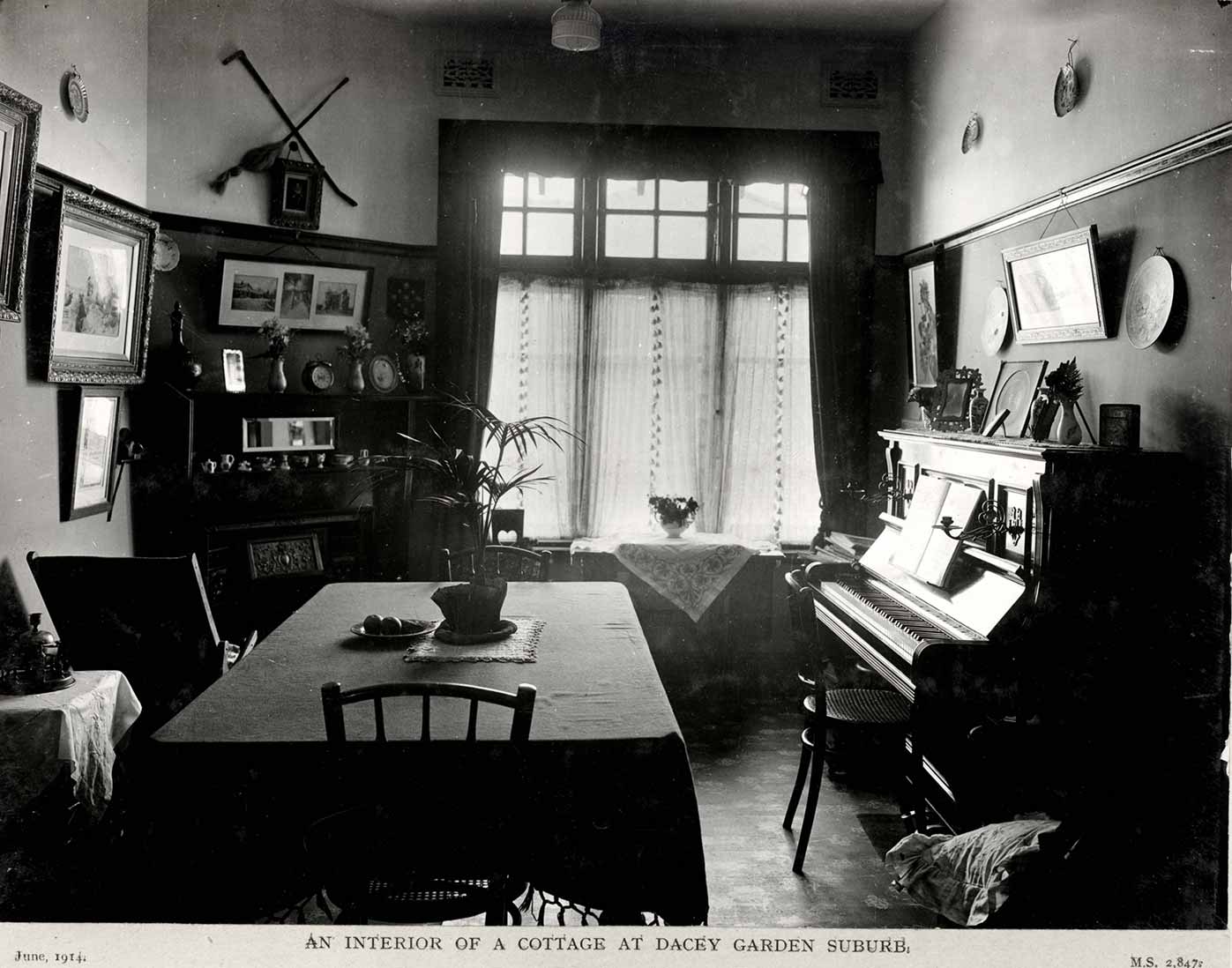 Interior of a house in Daceyville

In 1912 the New South Wales Housing Board began construction of a new suburb, Daceyville (originally Dacey Garden Suburb), built on Crown land in Sydney. Town planning was then emerging as a profession and, in response to concerns about 19th-century urban slums, high value was placed on space, aesthetics, functionality and public health.

Named after former New South Wales Treasurer John Dacey, the suburb included shops, parks, community buildings, a school and a police station. Every house had a space for a garden, and the design of the houses was influenced by the fashionable arts and crafts movement.

John Dacey campaigned for decades for low-cost housing for working-class people, a vision that was realised in Daceyville, although he did not live to see it. During a debate in the New South Wales parliament, he said: ‘The day is past when free Australians were content to be herded together in terraces of mere dog boxes. In some of the suburbs they are compelled to herd together like flies, and the time has come when we should create a garden city.'