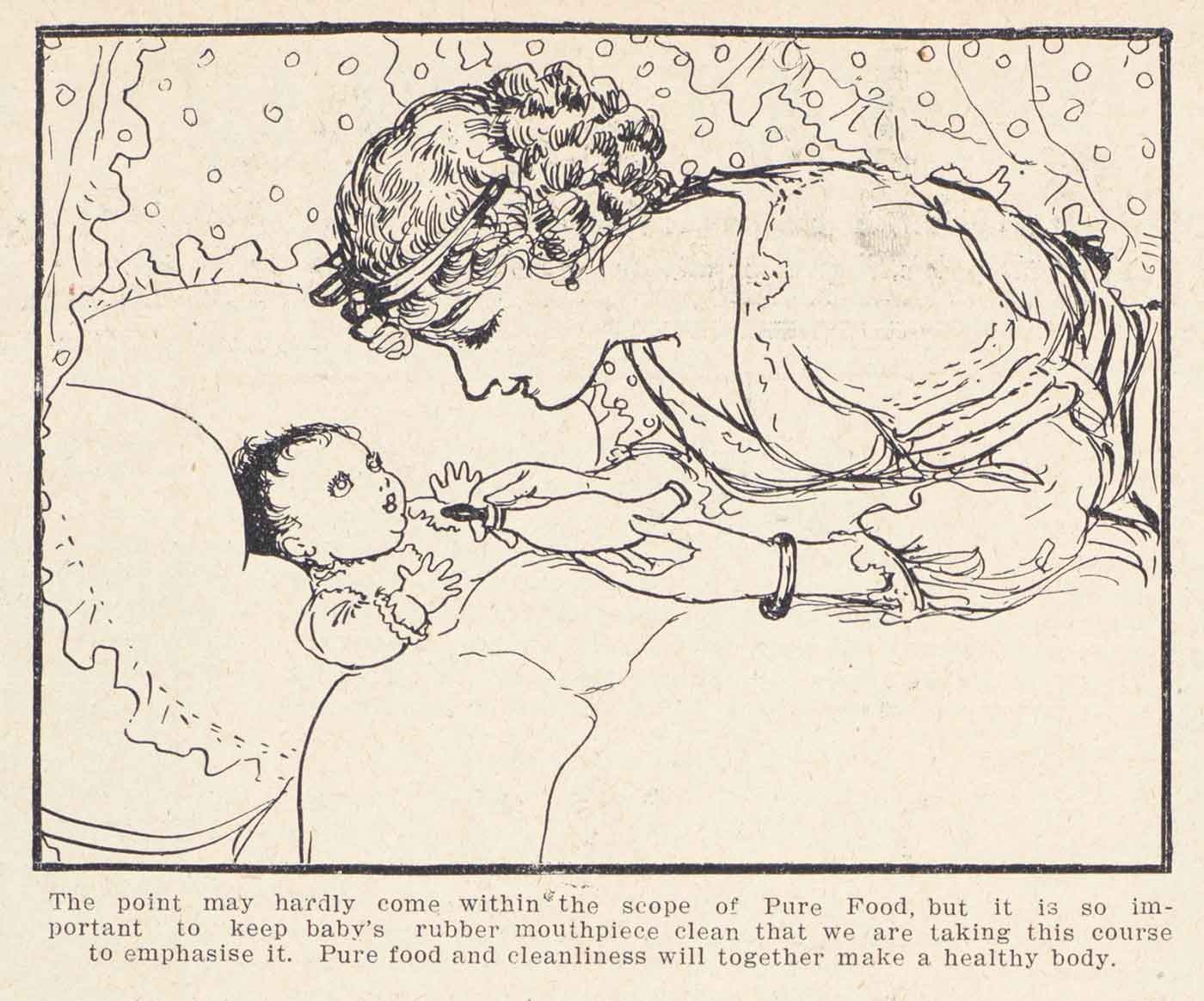 ‘Pure food and cleanliness will together make a healthy body' illustration

Should the Federal Ministry presume, in accordance with Mr. Cook’s intimation, to lay sacrilegious hands upon the Fisher Government’s Maternity Allowance Act, they will doubtless be charged by professedly shocked Socialists … with attacking needy mothers, diminishing the birthrate and committing similar grave offences! The fact is this extraordinary experiment in social alleviation fairly shrieks aloud for amendment in the direction of instituting a check upon the disbursements.

In 1913 it was assumed that ‘natural’ occupations for women were the roles of wife, mother and homemaker.

New mothers that year, rich or poor, married or not, could claim the government’s maternity allowance of £5, provided they were white and resident, or intending to settle, in Australia. Aimed at boosting the white birthrate by reducing maternal and infant mortality, the allowance, introduced in October 1912, was intended to pay for medical assistance during the birth.

The allowance had to be claimed within three months of the birth of a live or ‘viable’ child, and was an acknowledgement of the many perils that disease, ignorance and inadequate nutrition posed for the nation’s most vulnerable citizens.