The prototype for the bionic ear, hailed as the first major advancement in the treatment of deafness since the introduction of sign language, has been donated to the National Museum of Australia. 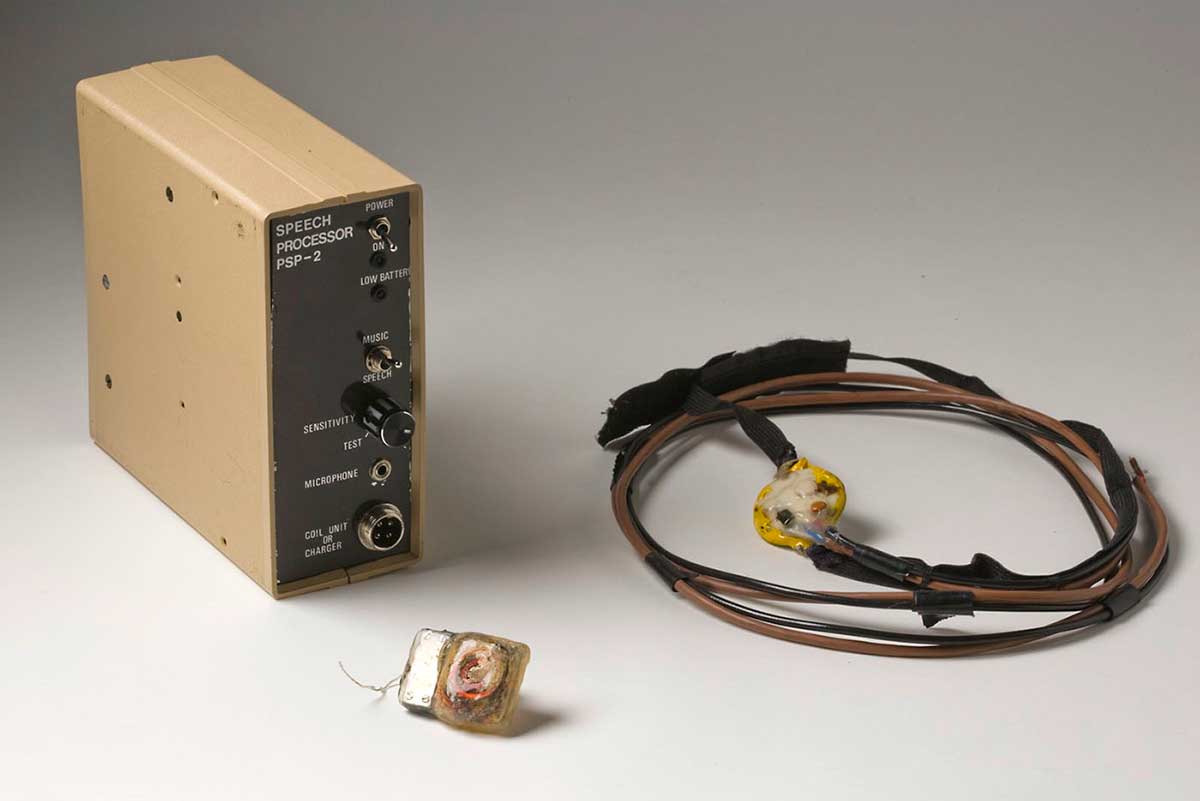 Original prototype bionic ear (front left), receiver attached to the cable (right) which was plugged into the portable speech processor (back left)

Hearing for the deaf

The bionic ear pioneered by Professor Clark was the first cochlear implant to reliably give speech understanding to severely and profoundly deaf people, along with spoken language to children born deaf.

The prototype is one of 15 pieces of medical equipment and objects in the Graeme Clark/University of Melbourne/Cochlear Limited collection.

Professor Clark was appointed Foundation Professor of the Department of Otolaryngology at the University of Melbourne in 1970. He led the team that developed the prototype bionic ear, which was implanted into the first patient, Rod Saunders, in 1978.

This success led to commercial interest in the technology and, with the support of a federal government grant, in 1982 the Nucleus 22-channel was commercially produced by the Australian firm Cochlear Limited.

Following an international clinical trial the device was approved for use in 1985. It was the first multiple-electrode implant to be approved by any world regulatory body.

In 2008 about 125,000 people in more than 70 countries have received a cochlear implant. The bionic ear has been hailed by many as the first major advance in the management of deafness since the introduction of sign language some 200 years ago.

The collection acquired by the National Museum in 2009 includes key elements that figured in the development of the bionic ear. Among these are the prototype multi-channel cochlear implant received by Rod Saunders in 1978 and subsequently removed when it was replaced by an updated model. Various other pieces of equipment and tools make up the collection.