Opening of the Hume Dam 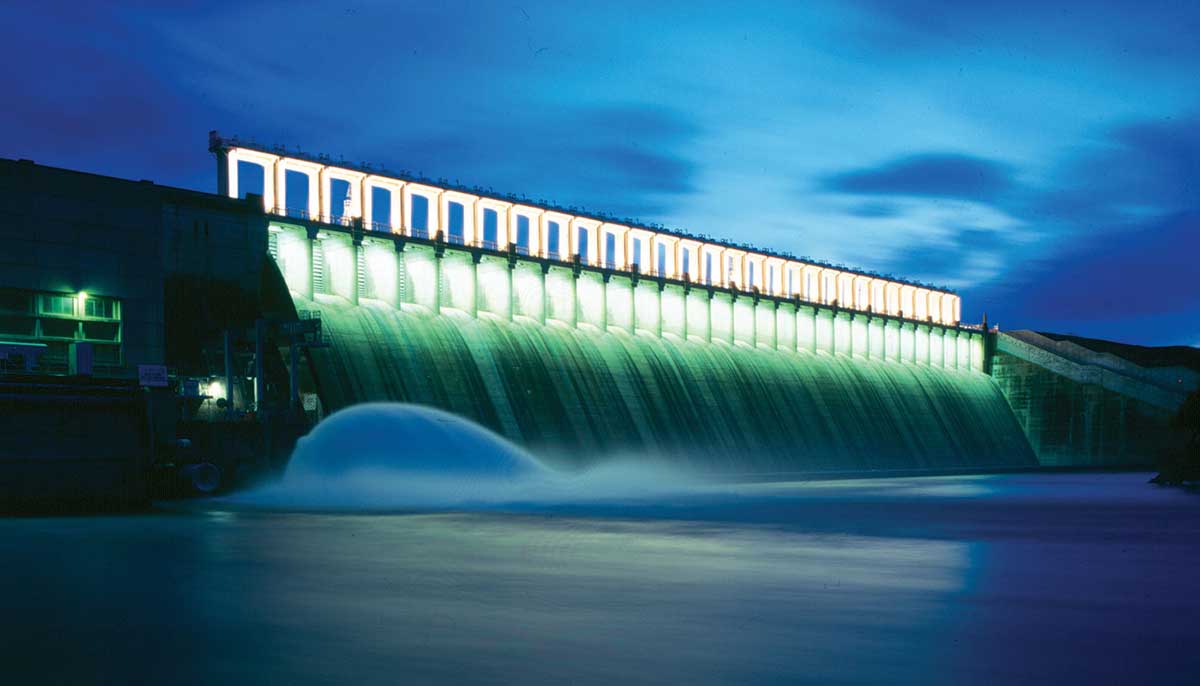 The Hume Dam forms the Hume Reservoir, which is the main water supply on the Murray River system. When it opened on 21 November 1936 it was the largest dam in the Southern Hemisphere and a great feat of Australian engineering.

The Governor-General (Lord Gowrie) on Saturday forenoon officially opened the Hume Dam, the greatest irrigation work in the Southern Hemisphere and one of the most important in the world. It cost £5,550,000 to construct. 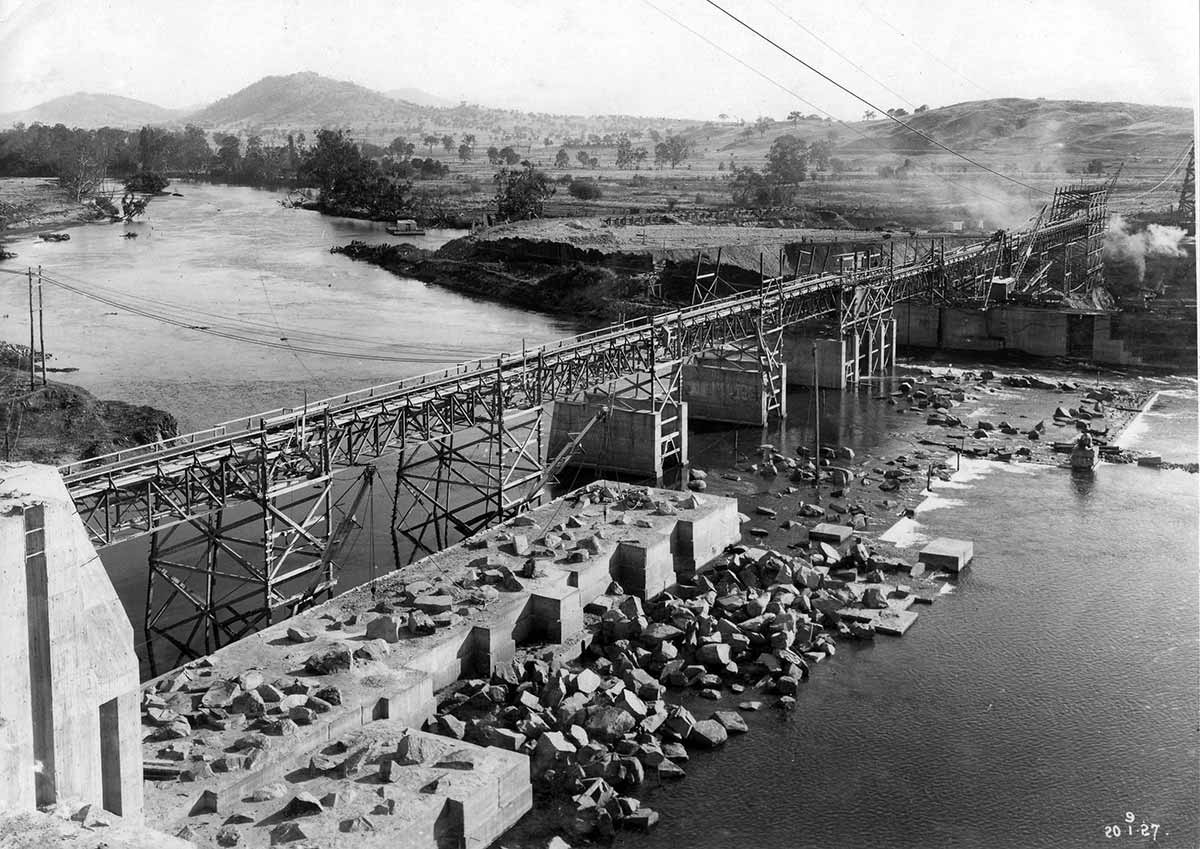 The Murray is an ancient river with a history that spans millions of years. Its origins date back to the time the Australian continent split from the giant supercontinent of Gondwanaland.

As the continent broke away, the river experienced profound transformations as a result of climate change. It was originally a warm shallow sea surrounded by supporting rainforests but evolved to accommodate a more arid climate. Rainforests were replaced by vegetation better suited to survive in warm, dry conditions.

The Murray flows for 2530 kilometres and is one of the longest navigable rivers in the world.

Water management was a problem for colonists from as early as 1863, owing to the boom and bust nature of the Murray River system.

In 1860 representatives from the colonies of New South Wales, Victoria and South Australia met in Melbourne to discuss how the Murray system might best be managed. But nothing came of these discussions. The colonies would not compromise about things such as border tariffs, bridge and punt tolls and general self-interest.

It was not until the Commonwealth government was established with Federation in 1901 that a decision was made to manage the Murray River system collaboratively.

The Federation Drought, from 1895 to 1903, was one of the worst in Australia’s history. It culminated in a record dry year in 1902. The drought reinforced the need for water storage to capture the high flows in the winter and spring months for distribution during the warmer, drier months.

In 1902 a multi-state Royal Commission on the River Murray was undertaken. It recommended the construction of a dam on the Upper Murray at Cumberoona.

In 1914 the New South Wales, Victoria and South Australian governments signed the River Murray Waters Agreement. It came into operation in 1915 and stipulated many provisions.

These included the construction of several water storage areas, 26 weirs and locks between Blanchetown and Echuca, and nine weirs and locks on the lower parts of the Murrumbidgee and Darling Rivers.

The River Murray Commission was established in 1917 to administer the agreement and manage the way in which the Murray waters were shared between the three states. The commission was made up of representatives from each of these states and coordinated the construction of the locks and weirs identified in the agreement. 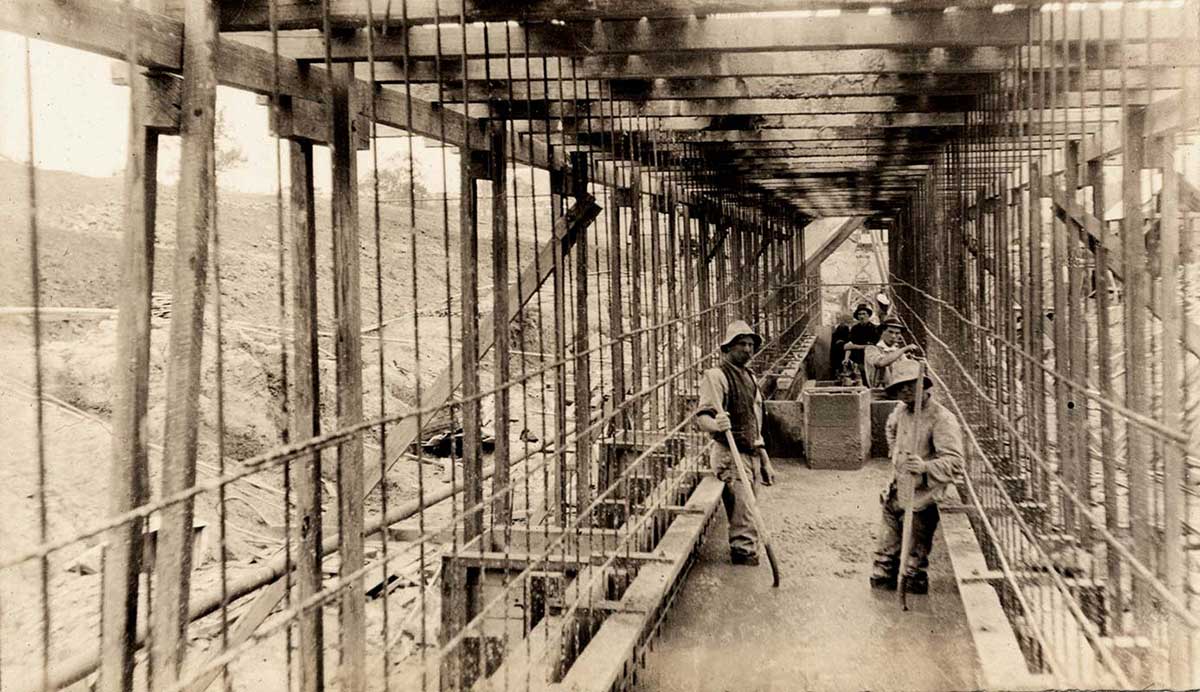 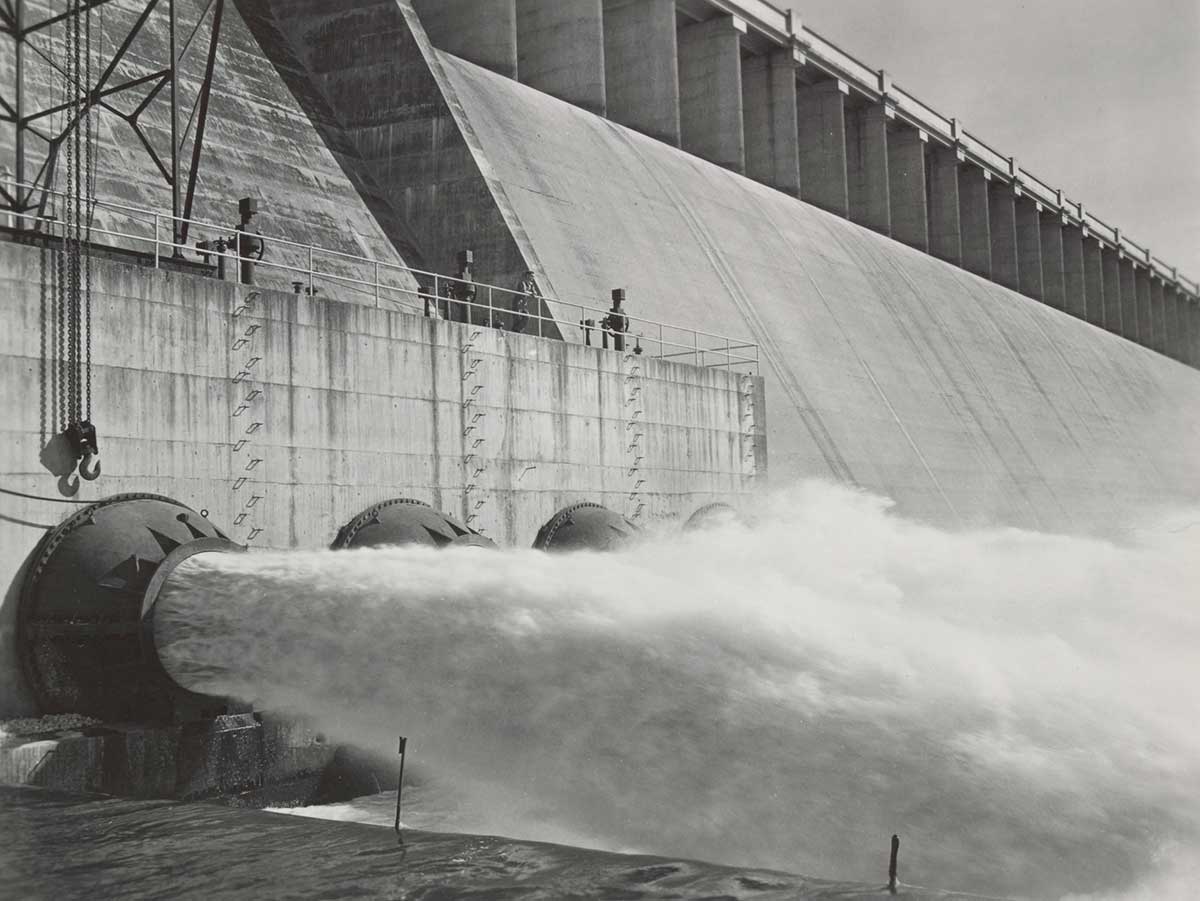 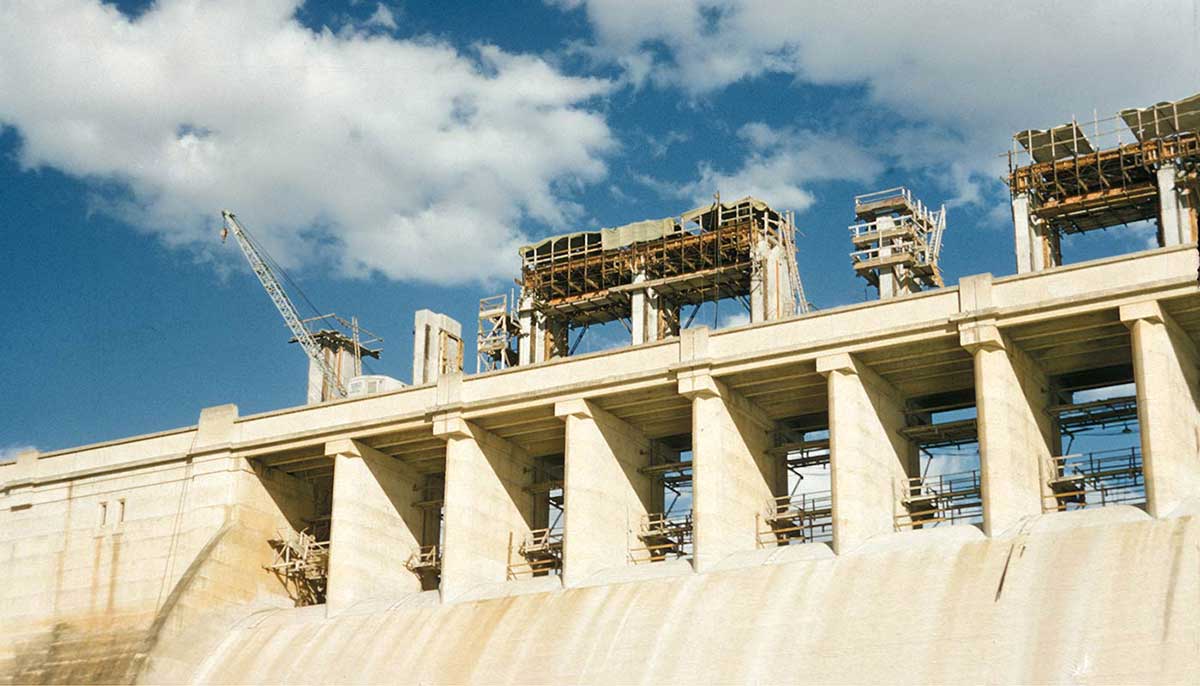 Construction of the Hume Dam, 1954

Work on the construction of the Hume Dam commenced in November 1919. The New South Wales Department of Public Works and the State Rivers and Water Supply Commission of Victoria acted as joint constructing authorities. Engineers EM de Burgh (New South Wales) and JS Dethridge (Victoria) headed up the project.

Owing to the scale of the project, a significant amount of land was resumed. This totalled 102,850 acres across Victoria and New South Wales.

Many displeased residents and landowners appealed, undertaking legal action to combat construction on their properties. This action lasted for nearly a decade but did not halt progress.

Manual labour was tough on the worksite, with an average labourer working 48 hours a week (later reduced to 44 hours). The highest recorded workforce comprised 1094 labourers in 1927. Priority for jobs went to returned First World War soldiers and married men.

Accidents and injuries were commonplace. The first, and worst, recorded accident occurred on 21 October 1921. Jacob Gehrig Senior (60), George Pearce (70) and William Wakeford (17) were killed while attempting to recover unexploded blasting powder. Other deaths and injuries occurred from trips and falls.

It took 15 years to construct the Hume Dam and two years to fill it. Filling began in December 1934. On 16 June 1934 the Melbourne Herald reported:

Now that the great work is completed, farming in the Upper Murray basin enters on a new phase. The menace of drought has been removed and whole districts have been placed in a position of safety.

The dam was officially opened by the Governor-General Lord Gowrie on 21 November 1936. Gowrie praised the skills of Australian engineers and workers. Government representatives from New South Wales, Victoria and South Australia also spoke.

Between 1950 and 1961 the NSW Department of Public Works carried out modifications to enlarge the reservoir to its present capacity of 3005 gigalitres.

In 1985 the then 50-year-old structure was altered to meet new design and construction standards, including an earthquake loading. Ten years later, further improvements were made to bring the dam into alignment with strict international standards.

Improvements continue to be made.

The Hume Dam is considered one of Australia’s greatest engineering feats.

Today the dam and reservoir are tourist attractions, welcoming recreational boaters, skiers, swimmers and anglers throughout the year. Visitors can stand on the viewing platform and experience the scale of the project. Terry Sim and Kerri Muller, A Fresh History of the Lakes: Wellington to the Murray Mouth, 1800s to 1935, River Murray Catchment Water Management Board, Strathalbyn, SA, 2004.