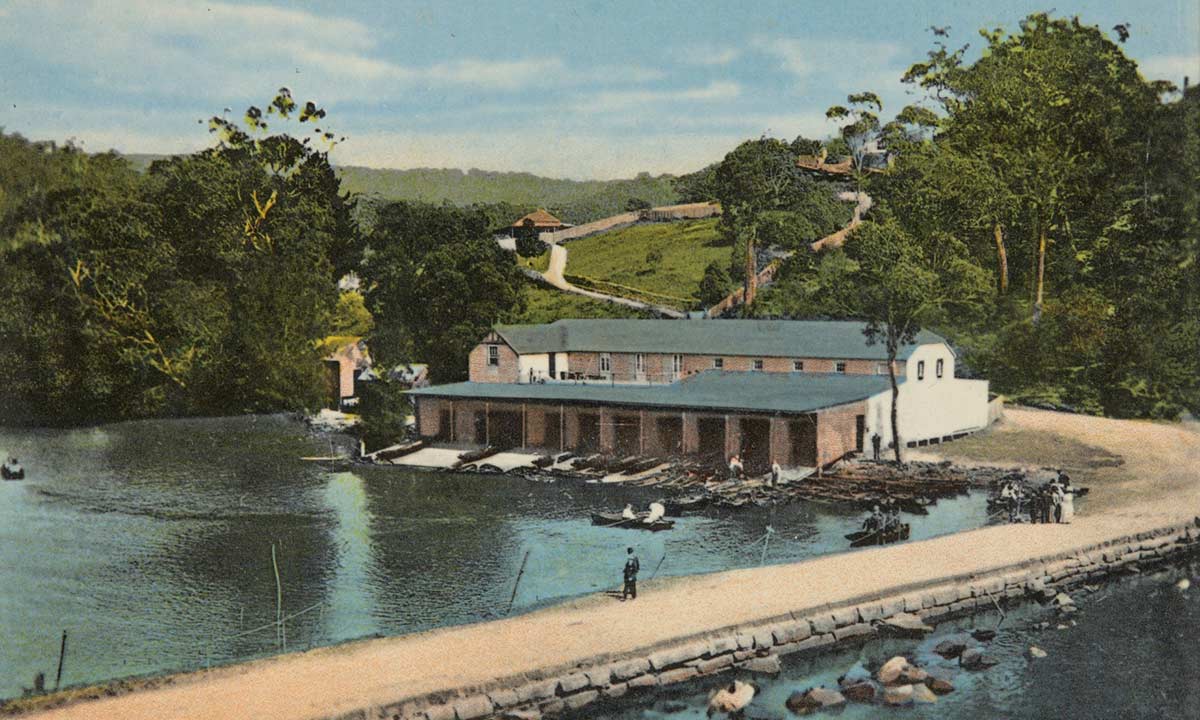 Australia’s first national park – (now Royal) National Park – was created in 1879 just south of Sydney. It was only the second in the world.

The toil-worn citizen will be able to recreate himself amid scenes of natural beauty and grandeur. 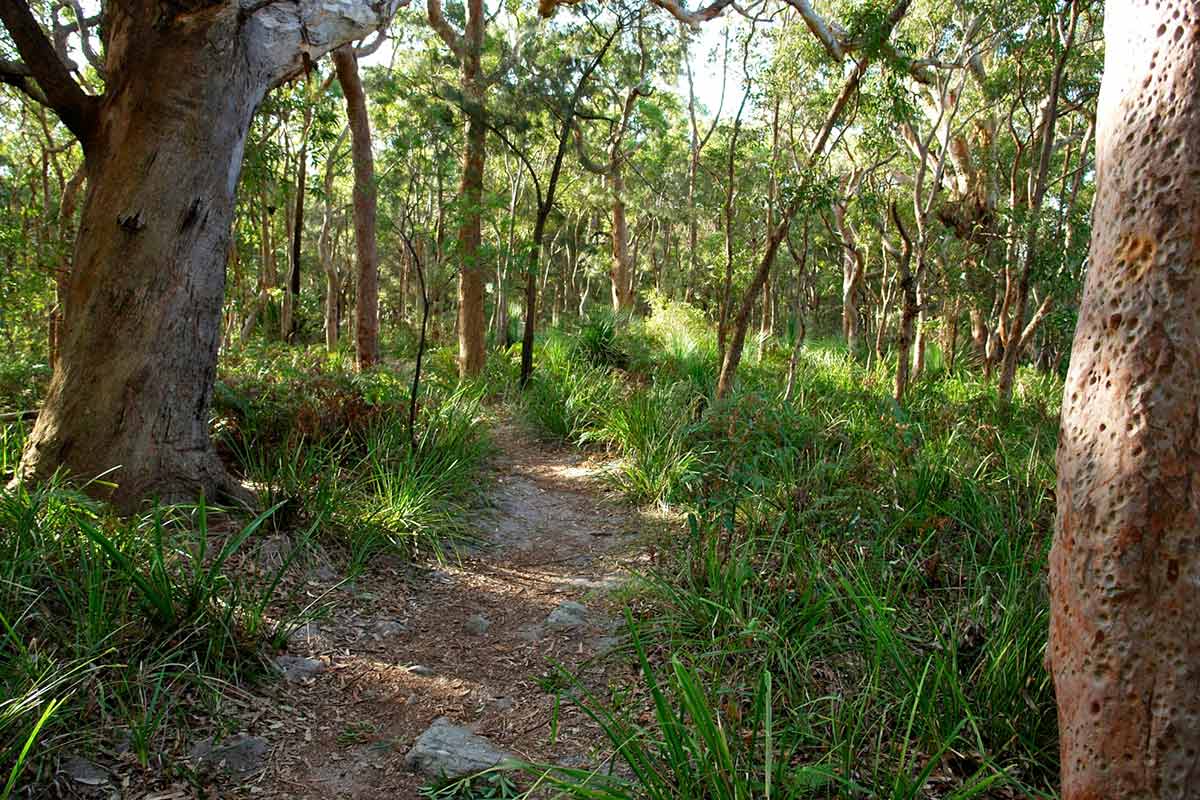 National parks sprang from concerns about public health prompted by the overcrowded and unsanitary conditions of large industrial cities. Today, their focus is more on conserving plants, animals and ecological processes.

Australian urban development mirrored in many ways the pattern set down in Europe and America. From 1788 it took 70 years for the Australian population to reach one million. It took only another 19 years for that number to double.

With such rapid growth, infrastructure lagged hopelessly behind. Nowhere was this more obvious than in Sydney, which had never been properly planned, and whose population in 1881 had expanded to 225,000. 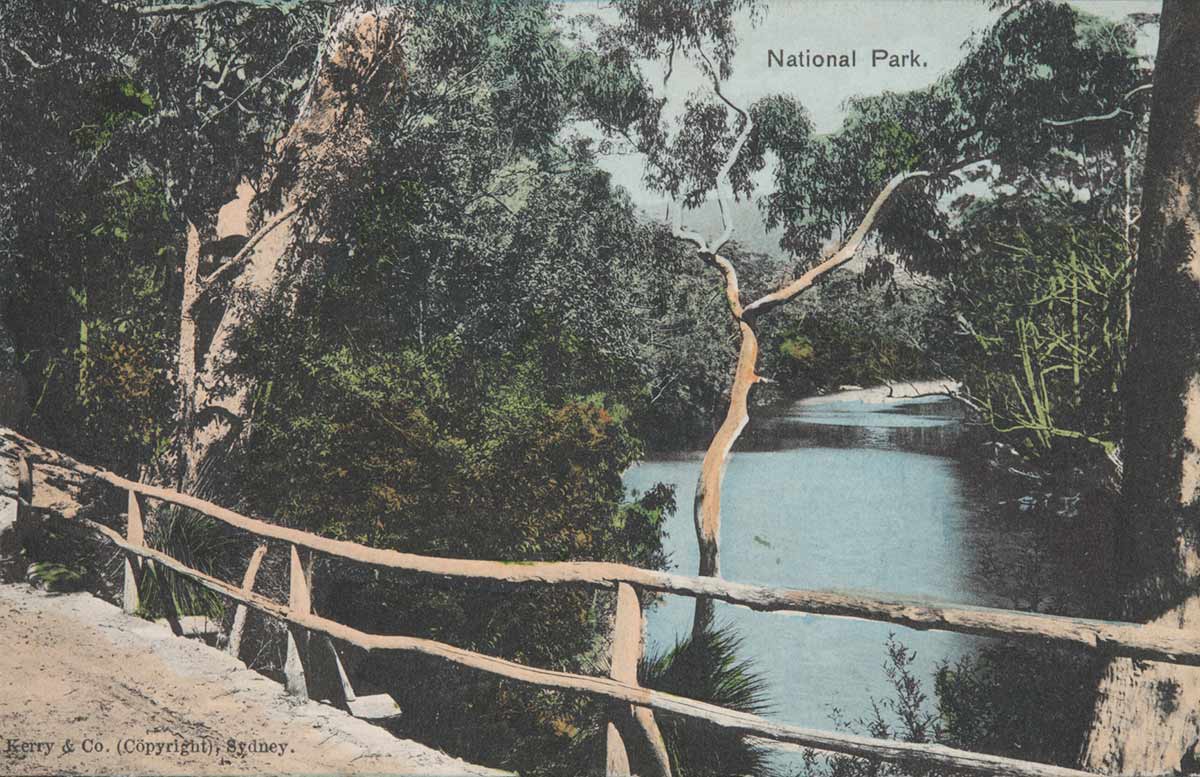 The dislocations caused by the discovery of gold, the burgeoning numbers of new arrivals seeking better lives and the chronic shortage of housing led to a wide range of social ills, not least of which were overcrowding and the abandonment of children.

A variety of epidemics, but especially the scarlet fever outbreak in the 1870s, focused attention on public health.

Those who advocated the value of parks (including cultivated gardens as well as areas of scenic beauty and splendour) increasingly claimed that urban areas, with their polluted air and water, were detrimental to people’s physical and moral health.

The creation of national parks was one expression of the relatively new idea that nature could be beneficial, rather than a threat.

Park advocates were expressing ideas first articulated by the Romantics (that coterie of painters, writers and poets, such as Wordsworth) who in the early years of the Industrial Revolution praised ‘natural’ England and damned its cities.

Perceptions of the National Park

The tremendous popularity of the National Park’s picnic grounds and facilities suggests that the public preferred nature’s ‘wildness’ to be tempered. The creation of the Park involved damming rivers, laying grass, constructing facilities and planting many thousands of exotic trees, which were recorded in postcards of the time.

However, there was a small but growing group of people who appreciated the Australian bush in its pristine state. These were epitomised by Myles Dunphy, who in the 1920s loved to hike through the National Park.

The Museum holds an album of photos shot during one of his walks. Dunphy was a founder of Sydney's first bushwalking club and subsequently became one of Australia's earliest campaigners for environmental conservation.

'Kanangra Express' pram, used by bushwalkers Myles and Margaret Dunphy in the Blue Mountains, 1930-1931Folding pram (perambulator) with an iron frame, a woven wicker body including a square hood, and four iron spoked wheels of the same size. Residual paint indicates that the frame was originally painted black with decorative orange lines. The wheels fold up so the pram can be turned into a cradle with a rocker base. The solid rub...