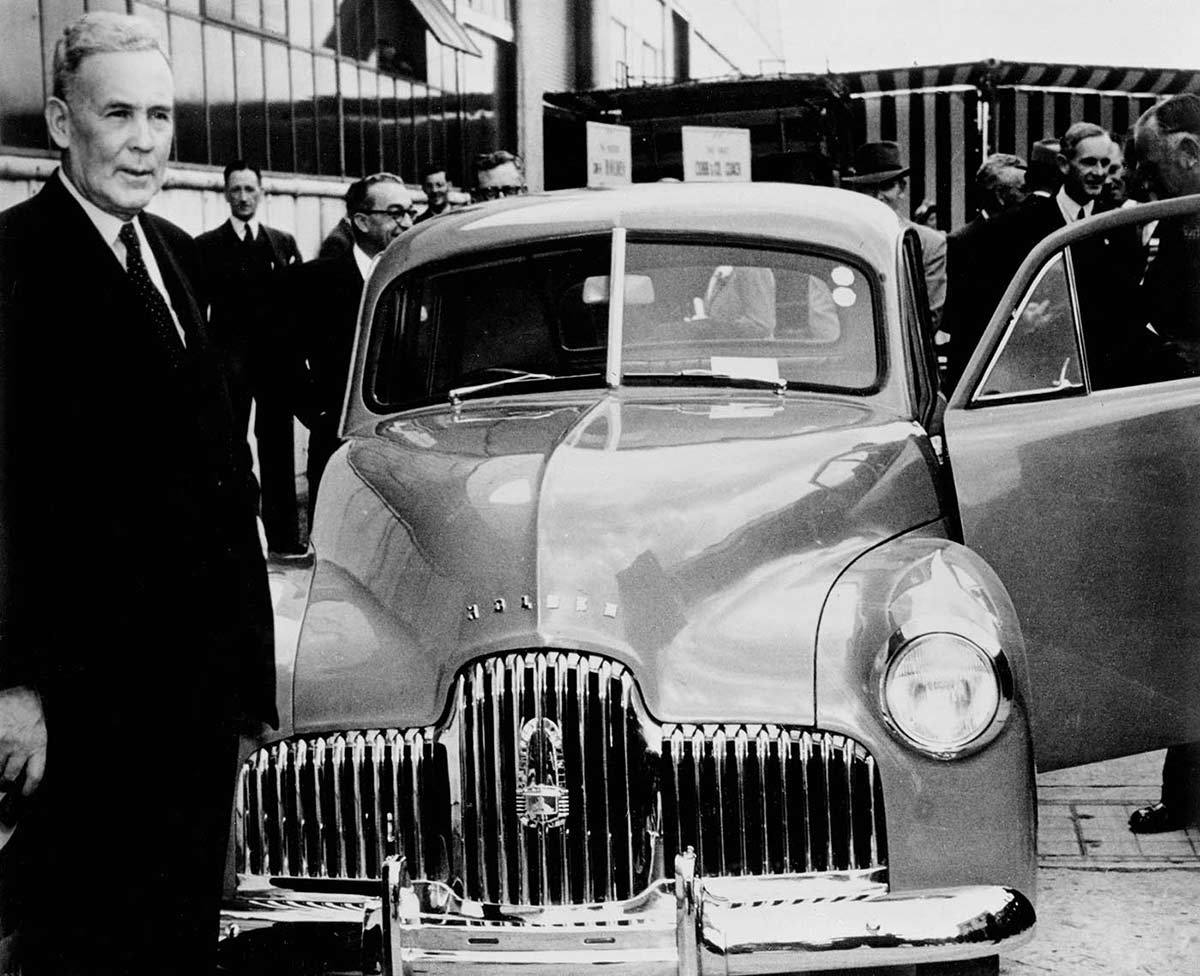 The launch of Australia’s first locally made mass-production car was a milestone in Australian manufacturing. The FX, as it became known, was an immediate success, as was the FJ, launched in 1953.

From the late 1930s Australian governments were captivated by the idea of a wholly Australian-made car. Many believed a local automobile industry would stimulate employment, improve workforce skills, reduce the country’s dependence on primary industry and make Australia more secure in the event of another war.

In 1944 the federal government invited General Motors, through its Australian subsidiary, to build a family car for Australian conditions.

American and Australian engineers hand-built three test Holden sedans at the General Motors experimental workshop in Detroit, Michigan. In 1946, after months of durability and performance tests, the cars were secretly shipped to the Fishermans Bend plant in Melbourne. 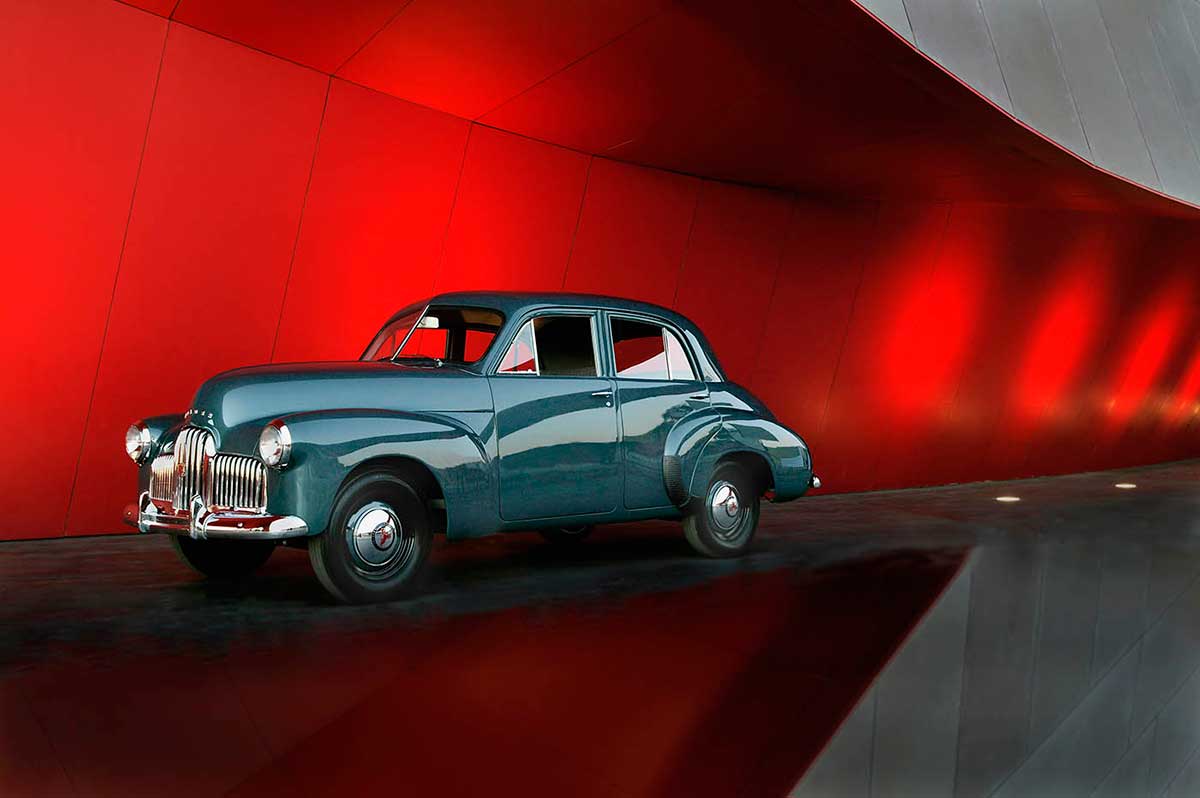 Testing continued, and General Motors-Holden’s engineers and technicians built another two prototypes. These became the definitive model for thousands of Holden vehicles.

The first Holden rolled off the assembly line at Fishermen's Bend on 29 November 1948. Many saw the event as evidence of national maturity, proof that Australia had escaped its pastoral beginnings and embraced the modern industrial age.

The Holden 48-215, also known as the FX, was the first car wholly manufactured in Australia – it was economical, sturdy and stylish and was immediately popular with the public.

By 1958 the Holden had captured more than 40 per cent of total car sales in Australia. By 1962 one million had been sold and, despite strong market competition from the Ford Falcon, another million was sold by 1966.

Cars transformed post-war Australia. They enabled suburbs to spread and created new forms of shopping, leisure and work. The Holden came to symbolise personal prosperity and freedom, national success and self-sufficiency. Today, FX and FJ model Holdens are among the most recognisable icons of 1950s Australia.

End of an era

Holden ended its Australian manufacturing operations in October 2017. The Museum acquired one of the last Holden vehicles to roll off the production line. In February 2020 it announced that it would retire the iconic brand, with the loss of 600 jobs, by 2021.