The National Museum of Australia has acquired one of the last vehicles to roll off the Holden production line before the Elizabeth factory closed on 20 October 2017, marking the end of Australian-made car manufacturing.

The National Museum is committed to collecting objects for the nation which represent key elements of Australian society and culture. Holden unambiguously falls into this category as an iconic brand which for decades has symbolised freedom and independence for millions of Australians.

The Holden Calais which today joins the National Museum’s collection, is a four-door sedan manufactured at the General Motors Holden factory, in Elizabeth, South Australia, on 13 October 2017. 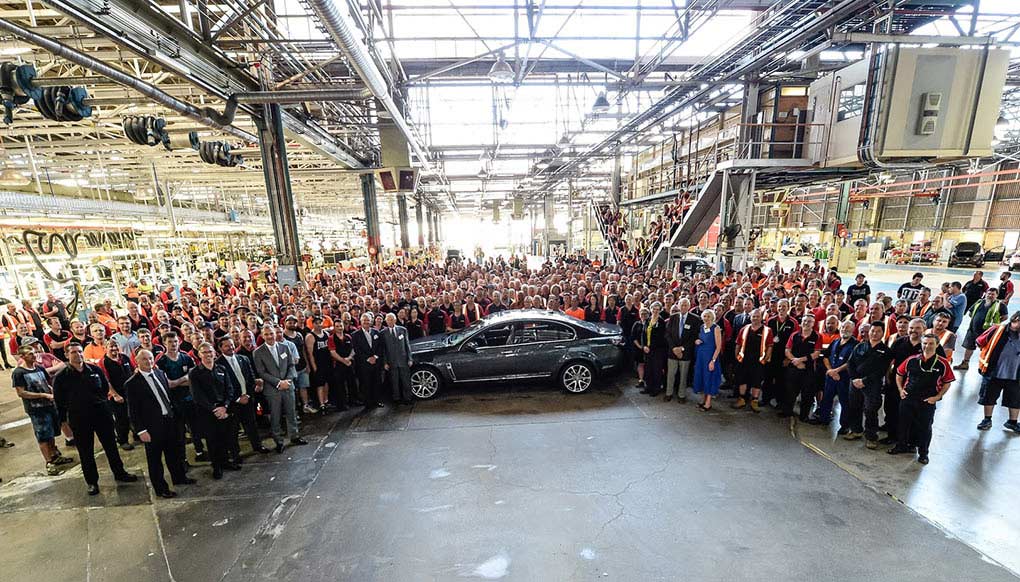 One of the last Holden Calais vehicles to roll off the production line. General Motors Holden

The vehicle joins the National Museum’s historic Holden collection which includes the 1946 Holden Prototype Car No 1, built by American and Australian engineers in Detroit which became the definitive model for millions of Holden cars, and Essington Lewis’s 1948 48-215 model Holden (also known as the FX), believed to be the first Holden to be sold commercially. It was delivered to industrialist Essington Lewis (1881–1961) on the eve of 24 February 1949, a day before the first Holdens were released for sale to the general public.

National Museum director Dr Mathew Trinca said although it was sad to see the end of local car production, the Museum was proud to include the vehicle as part of the story of car manufacturing in Australia.

'This modern vehicle, which has an Australian-made 3.6l V6 engine and the latest technology, is the perfect bookend to the Museum’s Holden collection, which spans over 70 years,' he said.

'Built for Australian conditions, the robust and economical Holden family sedan captured the public imagination when they first rolled off the assembly line in 1948. Many saw this as evidence of national maturity, proof that Australia had escaped its pastoral beginnings and embraced the modern industrial age,' Dr Trinca said.

By 1958 Holden sales accounted for over 40 per cent of total car sales in this country and a million had been sold by 1960.

Holden Chairman and Managing Director Mark Bernhard said the Calais donated to the National Museum 'celebrates the Holden manufacturing journey and the special place Commodore holds in the hearts of many Australians'.

'The pride, passion and quality of workmanship delivered by our people at Elizabeth has meant our last Australian-built cars including this Calais, with its engine proudly made by Holden, at Fishermans Bend, and with hundreds of other components drawn from Australian automotive suppliers, are the best and most technologically advanced vehicles ever made by Holden in Australia,' Mr Bernhard said.

'There is no finer automobile to sit alongside the 1948 Holden prototype in the Museum’s collection. We’re proud to make this donation to celebrate our manufacturing heritage.'

The 1948 launch of Australia’s first locally made car, the Holden 48-215, is recognised as a key moment in the National Museum's Defining Moments in Australian History project.

The Holden Calais will be on display over the 2018 Australia Day weekend.