The early model Holden car is one of the most recognisable cultural artefacts of 1950s Australia. It is the only remaining model of three test sedans which became the definitive model for millions of Holden cars. 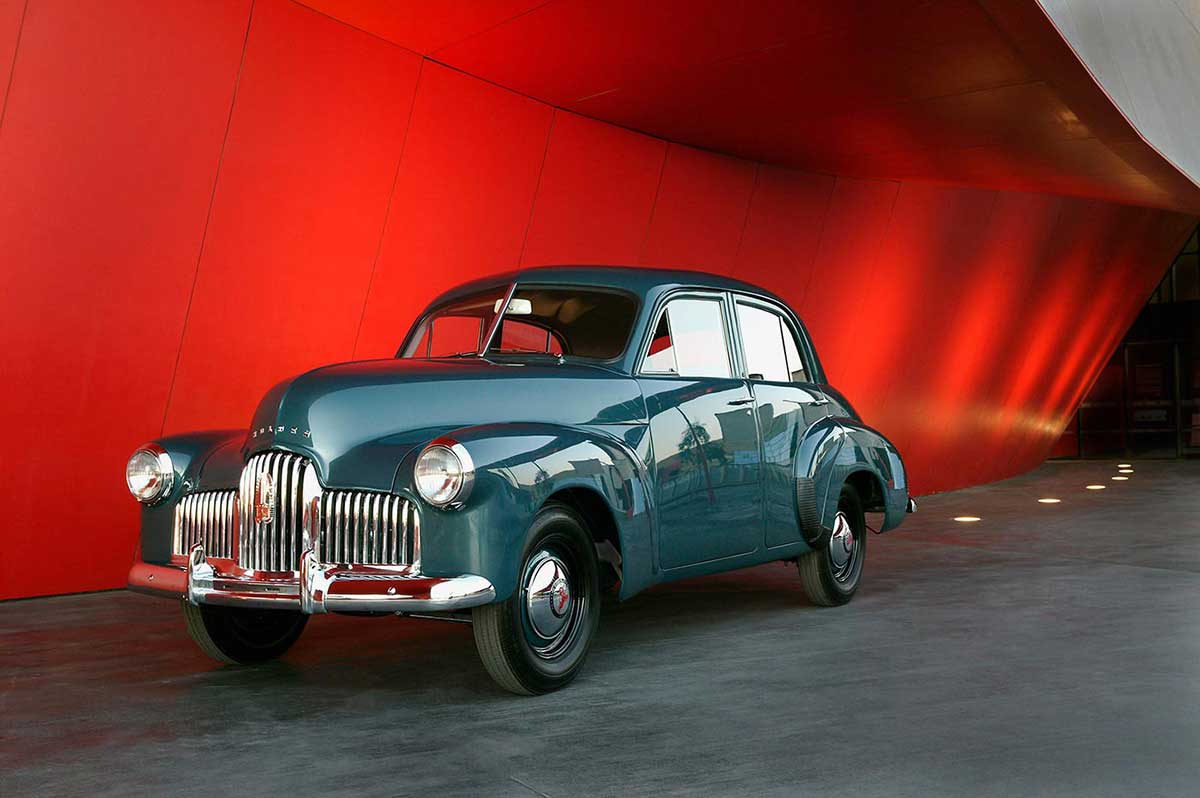 From America to Australia

The Holden was a vivid manifestation of Australian dreams of prosperity, made more intense by years of wartime austerity. More than just a car, the early Holdens were complex symbols of freedom and independence, as well as suburban conformity.

Prototype No. 1 was built by hand in 1946 by American and Australian engineers at the General Motors workshop in Detroit.

After months of durability and performance tests in America, three prototypes were shipped to Australia. Legend has it that the cars were driven under cover of darkness to the Fishermen's Bend factory in Melbourne.

Registered as JP-480, Prototype No. 1 was tested on a circuit east of Melbourne specifically designed to replicate Australian driving conditions.

Technicians continued to make minor technical modifications to the car, while General Motors-Holden’s executives searched for a name for the new car. After much deliberation, they decided on the ‘Holden’, in honour of Sir Edward Holden, the company’s first chairman.

Other names considered were GeM, Austral, Melba, Woomerah, Boomerang, and Emu. The car narrowly avoided the name ‘Canbra’, a phonetic spelling of Canberra.

The first Holden rolled off the assembly line at Fishermen's Bend on 29 November 1948. Many saw the event as evidence of national maturity, proof that Australia had escaped its pastoral beginnings and embraced the modern industrial age.

The Holden 48-215, commonly known as the FX, was a robust and economical family sedan, designed for the Australian environment.

Public reaction to the prospect of an Australian-built car had been extraordinary, with around 18,000 people signing up for a Holden without knowing a single detail about the car.

Holdens soon dominated the roads. By 1958 sales accounted for over 40 per cent of total car sales in Australia. A million had been sold by 1962 and, despite market competition from the Ford Falcon, another million were sold over the next six years.

Following the public release of the sedans, General Motors-Holden's fitted Prototype No. 1 with a new engine and sold it to Holden foreman Arthur Ling. The car was later traded to a Holden dealership in Morwell, Victoria, where it remained for 40 years, falling steadily into disrepair.

In 1999 Melbourne-based Holden enthusiasts Gavin and Graham Strongman purchased the car. They spent 12 months meticulously restoring the vehicle to its final pre-production form, which incorporated many of the progressive changes implemented by General Motors-Holden during the testing phase.

Once restored, the prototype was purchased by Ian Metherall, who sold the car to the National Museum in 2004. The purchase was made with the assistance of the National Cultural Heritage Account.