During the early 1910s the American automotive manufacturing industry was gathering momentum and many investors had become wealthy exporting motor cars. After the First World War began, the Australian government restricted the import of luxury items including complete motor vehicles manufactured overseas.

Assembled on American, British and European chassis, these Australian-built cars were marketed as better-suited for local conditions.

Sydney agent Frederick Gordon was among the first to recognise the potential of an Australian automotive manufacturing industry. In 1917 and 1918 he visited the United States to inspect mass assembly factories.

At great expense, Gordon reportedly obtained the specifications for an innovative new six-cylinder car from the famed engineer Louis Chevrolet, then working for American Motors Corporation.

When Gordon returned to Australia following the Armistice, he brought with him three partially assembled prototypes for pre-production mechanical evaluation. This car was one of them.

Car of the future

This car’s mechanical components were assembled at Rushcutters Bay. The body was built by Miller's Motor Bodyworks in Randwick. FH Gordon & Co. launched the 'Australian Six' marque in early 1919, and this car was used as a demonstrator for prospective dealers and buyers.

The supposed economy of local manufacture featured prominently in advertising. Nationalist rhetoric pointed to the use of Queensland maple, Newcastle steel and Melbourne leather, as well as the employment of ex-servicemen.

Gordon was committed to his dream, investing heavily in mechanical components and machinery from America. In 1920 he established a huge purpose-built factory at Ashfield. 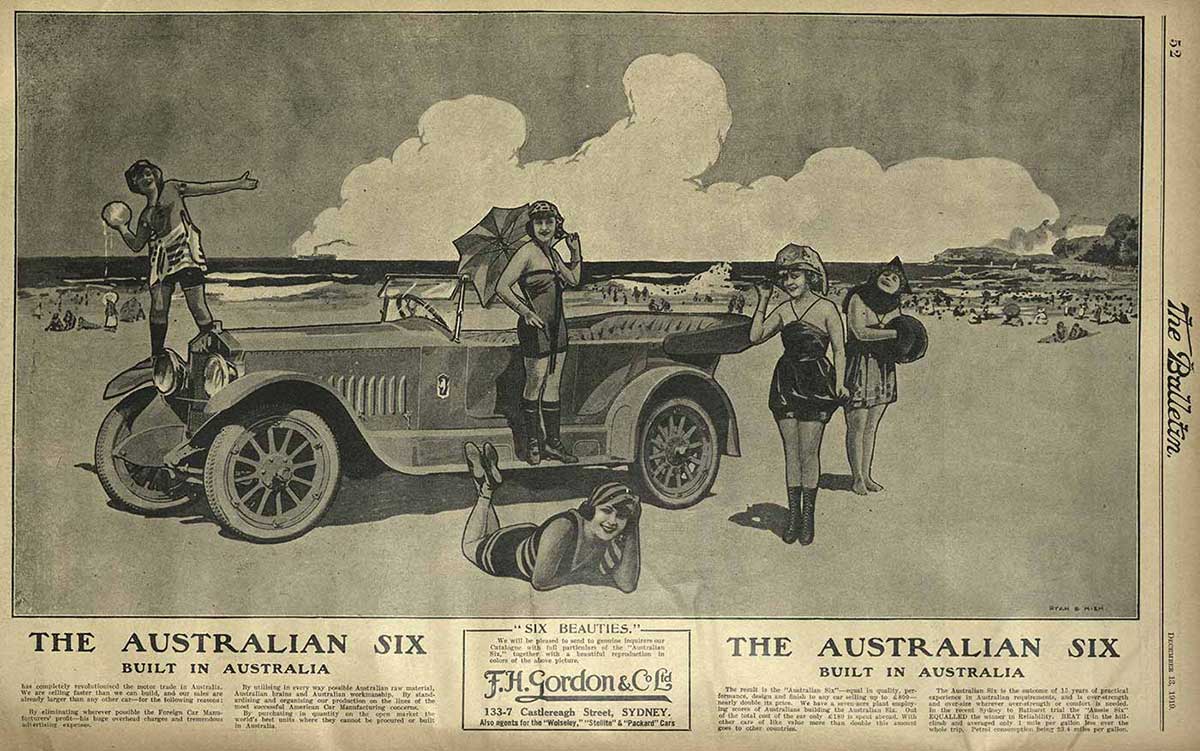 Ahead of the times

Despite Gordon's far-sighted approach, the company floundered almost immediately. Although cars were reportedly 'selling faster than we can build', only a small number were manufactured, due to rising costs and production problems.

Facing competition from other rudimentary yet cheaper marques, the luxurious Australian Six was not popular. FH Gordon & Co negotiated multiple challenges from the mechanical to the administrative. The company eventually succumbed to financial misfortune around 1930. 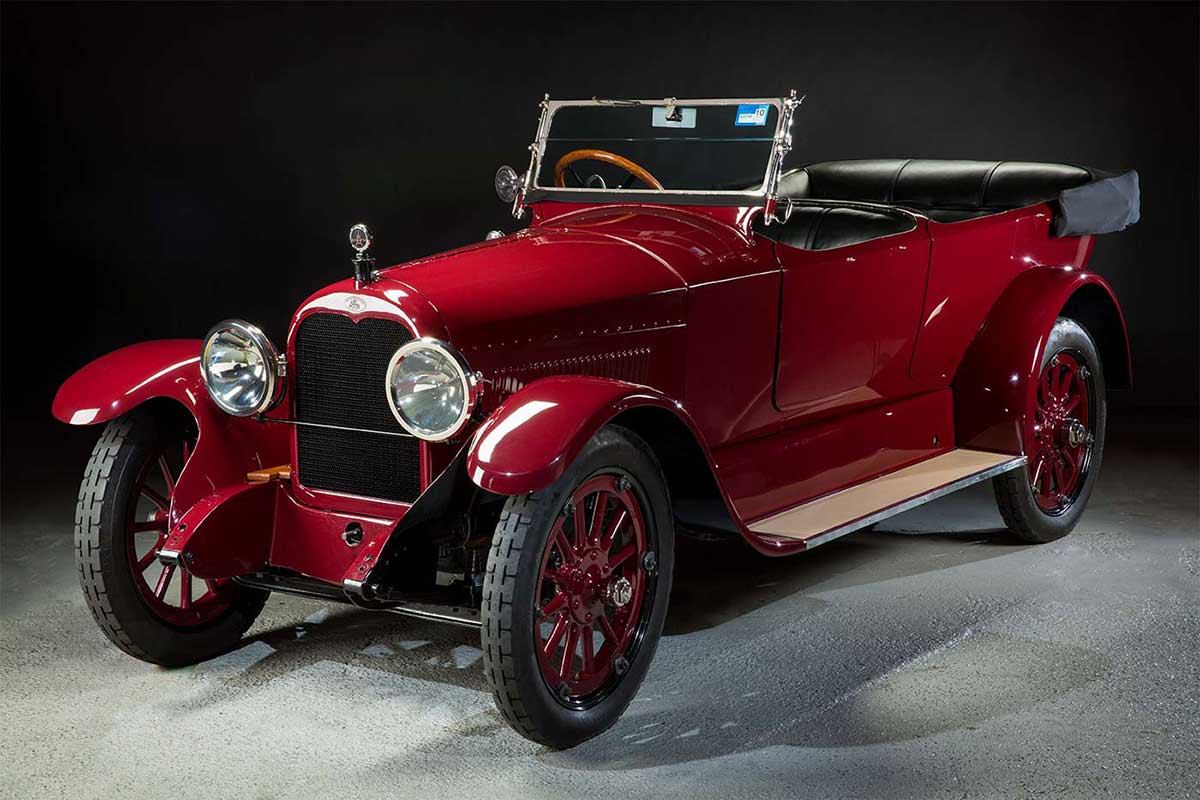 Sold on, this car was owned by several private collectors before it was purchased in 1963 by the Gilltrap family of Coolangatta, Queensland.

Between 2007 and 2010 George S Gilltrap undertook a comprehensive restoration project to preserve or replicate the vehicle’s original specifications. This thoughtful approach reflects changing attitudes towards the preservation of historic cars into the 21st century.

Many owners carefully research historical provenance and integrate appropriate new material. The Australian Six was purchased by the Museum in 2013.

The purchase included Gilltrap’s archives including examples of original components, fabrics and fittings removed during the project.