Song for the Road

This work captures the idea of the Holden and what it represents for so many people in Australia. It is a ‘road song’ filled with a sense of wonder, possibility and wide open spaces. The Museum's Holden Prototype No. 1 object also made the Grigoryan Brothers reflect on their own lives as musicians on the road, touring.

Song for the Road

The Museum’s Holden Prototype No. 1 car, its history and how it inspired the Grigoryan Brothers composition. Courtesy ABC Classic
Open player in a new tab
Presenters: Slava and Leonard Grigoryan with Alice Keath
Tags:
00:00 / 8:31

For many Australians, the Holden was a new possession that meant freedom and the ability to commute long distances. Travelling long distances from A to B – it’s such a big part of our life and we love it.
– Slava Grigoryan

Prototype No. 1 is the only survivor of 3 test Holden sedans built by hand in 1946 by American and Australian engineers at the General Motors workshop in Detroit. After extensive testing, the 3 prototypes of ‘Australia’s own car’ were brought to Australia for road trials under local conditions.

The first Holden, the 48-215, rolled off the assembly line at Fishermen’s Bend in Melbourne on 29 November 1948. Many saw the event as evidence of national maturity, proof that Australia had escaped its pastoral beginnings and embraced the modern industrial age.

Public reaction to the prospect of an Australian-built car had been extraordinary, with about 18,000 people signing up for a Holden without knowing a single detail about the car. By 1958, Holden sales accounted for more than 40 per cent of total car sales in Australia. 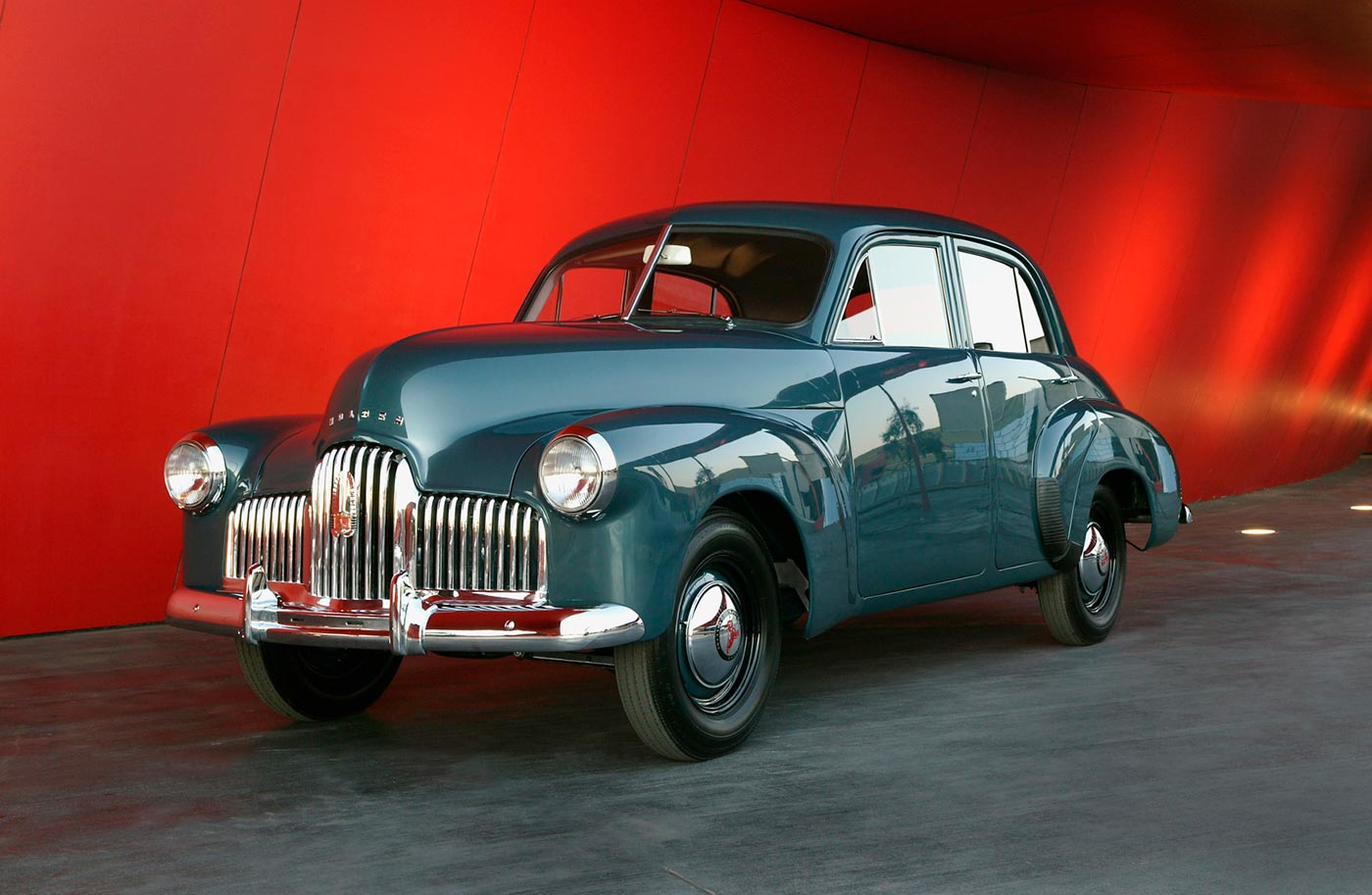