This composition is rhythmically complex and very challenging from a technical perspective.
– Slava Grigoryan

This composition captures the concept of a dance between a hunter and their prey.

The brothers had a clear image in their minds while composing the piece. They saw a warrior hunting, with a long spear in his hand fitted with this ingenious and beautiful piece of craftsmanship. 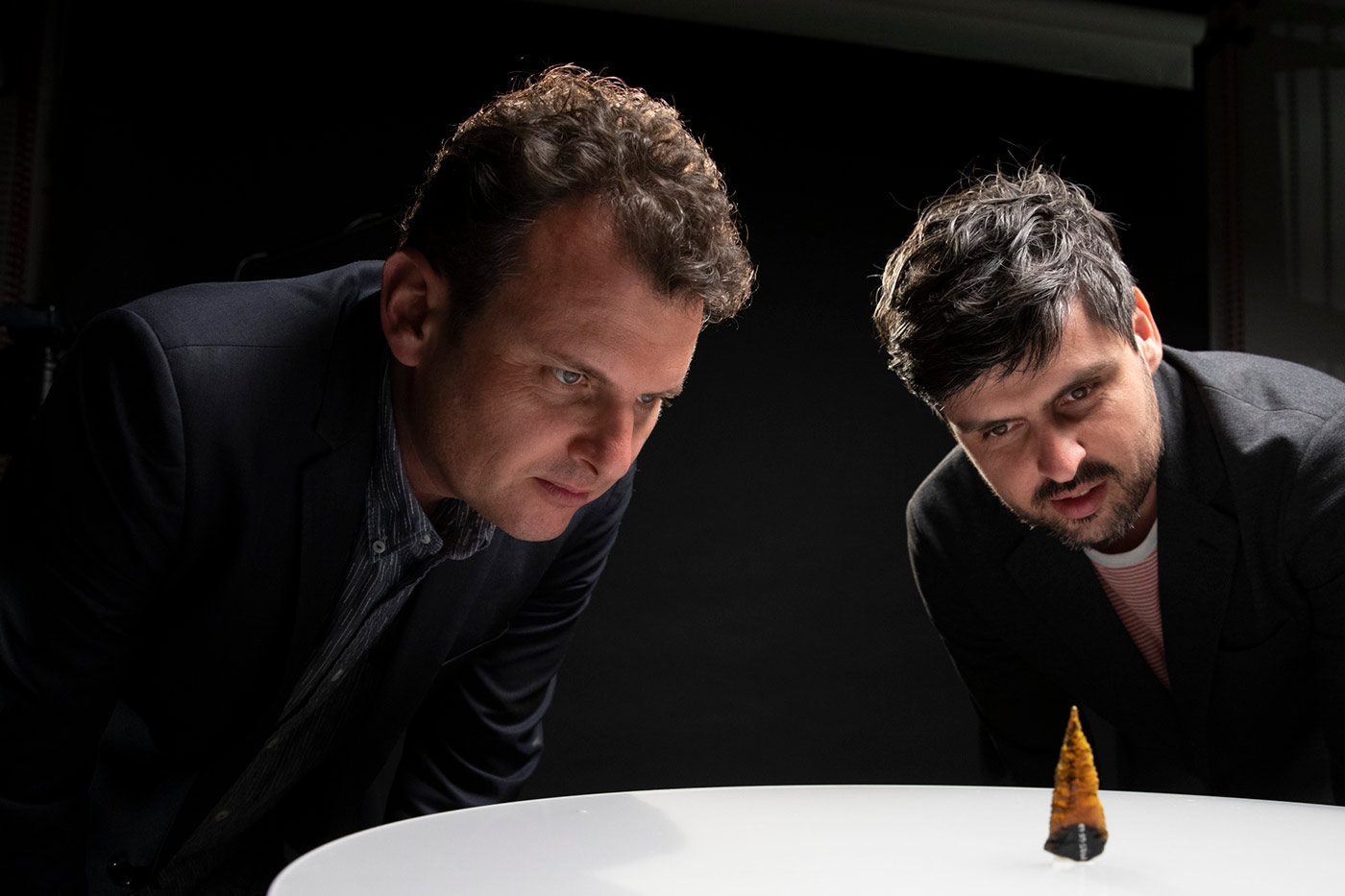 Slava and Leonard with the Kimberley point

The Museum cares for a highly prized collection of tools and trade items from north-west Australia, of which the Kimberley points form an important part.

‘Points’ were traditionally made from stone and used for the tips of spears and as exchange items. After European settlement, Aboriginal people were quick to make use of new materials such as glass and ceramics. They were easier to work with, gave a very sharp edge and were relatively accessible.

Made from old glass bottles, like this one collected in the early 20th century, and ceramics from telegraph insulators, as well as stone, the Kimberley points reflect the skill of their makers. By using a pressure-flaking technique to detach tiny flakes of glass, they were able to produce long and symmetrical forms. The consistent flaking properties of glass meant points could be longer and more finely shaped than those made from stone.

The combination of skilled and intricate workmanship and new materials of varying colours, textures and translucencies produced spearheads of great beauty.

Kimberley pointBifacially flaked Kimberley point stone blade, with serrated edges. It has a rounded proximal end tapering to a sharp point at the distal end.
On display