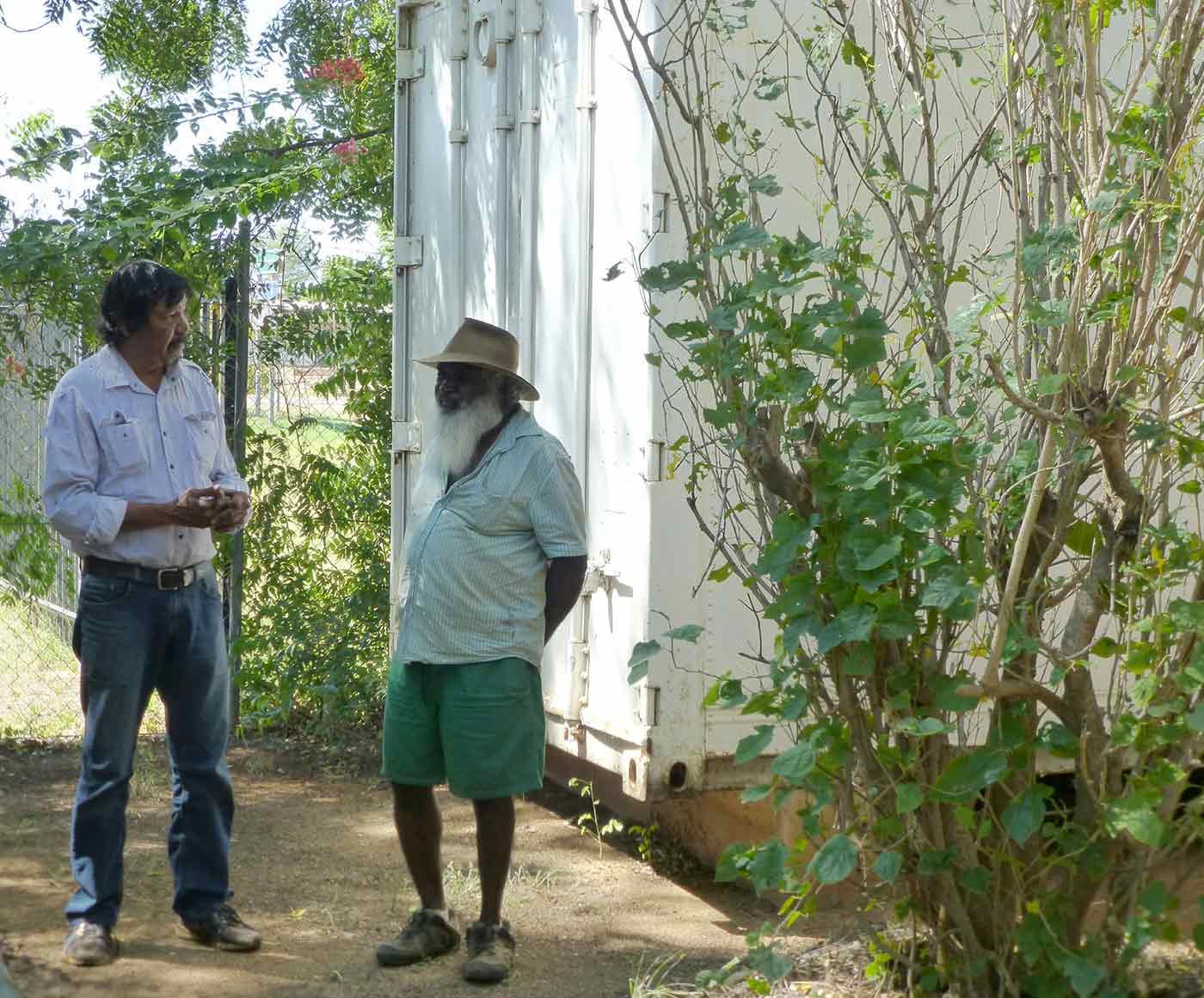 Packing of Ancestral Remains for repatriation

Museums have great experience in the safe transportation of cultural items. Human Ancestral Remains are no exception. Past returns of Ancestral Remains from overseas have been in museum quality packing, usually with boxed Ancestral Remains securely packed in larger padded crates. Upon arrival in Australia, they have either been temporarily deposited with an Australian holding institution or returned directly to custodians. Overseas organisations usually crate the Ancestral Remains of a number of individuals in larger boxes. Once here, they are removed from these larger boxes so that they can be allocated to the various groups represented. The smaller boxes are, again, of museum quality.

The method of packing Ancestral Remains can vary according to the extent, number and condition of the Ancestral Remains and whether they will be stored or immediately buried at the receiving end. Packing is designed to ensure that Ancestral Remains are not damaged by movement while in transport, and that they are protected from pests and any rapid changes in humidity and temperature. A museum will normally prepare Ancestral Remains in packaging that meets museum standards. This involves placing then in biodegradable and chemically inert boxes, padded with acid free paper, bubble wrap or other harmless packing.

Ultimately, the final form of packing is up to the recipient custodians. Some examples of actions taken by Australian recipient groups include:

There are a number of industry publications providing advice on how to pack Ancestral Remains for transport.43 These aim to satisfy institutional standards for protection of Ancestral Remains. There may be overriding cultural standards that would be preferred by Indigenous custodians. Institutions will usually do what they can to accommodate cultural protocols.

Who should travel to collect Ancestral Remains?

The decision as to who should travel to receive Ancestral Remains is made by the community. Typically, senior representatives are chosen, with preference going to those who are most closely affiliated with the Ancestral Remains being returned. The representatives will probably be required to travel long distances under trying conditions of travel (aircraft, climate changes, time changes, different food, and so on); accordingly, the health of the representatives and their ability to cope with travel should be an important consideration. On occasion, younger community members have participated, in part as a way for older community members to teach them future responsibilities.

Handover ceremonies are usually negotiated activities. Most museums will respect the requirement to have a culturally appropriate handover ceremony. However, they may be limited in the level of support they can provide. For example, they may not be able to fund travel for all ceremonial participants. They may not be able to allow smoking ceremonies within the institution’s interior. Most returning museums do take the opportunity to involve the media. This may not always be the preference of the recipient group.

Nonetheless, most museums will attempt to provide a respectful handover ceremony. In the process of engagement, they also learn more about the cultural significance of Ancestral Remains to custodians. Positive media also helps to promote repatriation more generally.

Australian Government officers will usually be able to assist with the logistics associated with the return of Ancestral Remains from overseas. The exception may be in cases where the repatriation event has been independently arranged between the returning institution and the future custodians, bypassing government engagement. Custodians are free to pursue independent repatriation activities if they so wish, and government involvement or assistance is not mandatory. Nevertheless, there are various international and national protocols that must be observed. If the claimant group engages a courier service, then most of the required paperwork and procedures will be handled by that company. Issues associated with the transport of Ancestral Remains can include: export permissions from the country, customs inspection prior to export and customs inspection and decontamination upon arrival. At all stages, it is likely there will be concerns over whether the Ancestral Remains constitute a health risk, whether the Ancestral Remains are legally in the possession of the carrier and, in the case of Ancestral Remains carried as hand luggage, whether the presence of the remains may distress other passengers.

There is no way of circumventing the requirement for a visible inspection of Ancestral Remains by customs and quarantine officers. With forewarning, the agents will usually treat the Ancestral Remains with all due respect, often with custodians in attendance. It is advisable to inform the carrier airline and the customs and quarantine officials at the point of departure and arrival as early as possible before the flight. If carried as hand luggage the Ancestral Remains will be required to undergo normal hand luggage screening, including X-rays.

It is also useful to have a letter (with copies) from the repatriating institution asserting that the Ancestral Remains derive from museum collections, that they have been appropriately managed with regard to pest, poisons and disease control, and that they therefore pose no risk to the public. These documents can be shown to security officers at airports should concerns arise.

There are a number of specialised art transport services experienced in the international shipping of Ancestral Remains. Australian museums can recommend these providers.

Most importantly, giving prior notice to airports and airline security people should prevent most issues from arising.

If travelling as cabin luggage, Ancestral Remains will normally have to go through X-ray security. Again, a letter of support from the repatriating institution will assist. It is also advisable to inform airport security early on.

Different states and territories have different laws regarding the possession of human remains. Most of these regulations allow for Indigenous people to be in possession of Ancestral Remains, and so interstate travel should not be a problem. It is advisable to inform the relevant state or territory heritage agencies when Ancestral Remains will be in transit between jurisdictions.

Large quantities of Ancestral Remains have been transported by road between states and territories, both in cars and trucks. Custodians have typically travelled with such vehicles to ensure respectful treatment. Dedicated art transport companies also have specialised vehicles, with environmental and other condition controls, that can be contracted to transport Ancestral Remains. Museums and government Indigenous heritage agencies may be able to assist with support funding for such transport.

There is no restriction on a community using its own vehicles to transport Ancestral Remains.

As previously noted, long-term recordkeeping is important. Communities should keep all information relevant to the repatriated Ancestral Remains. It is also useful to make sure a copy of documentation is kept with the remains themselves. If a community has a Keeping Place, this is the ideal place to keep a copy of the information. There must also be a record of what comes into, and out of, the Keeping Place. If this is not done, there may be confusion down the track as to which Ancestral Remains have been reburied and which are still present in the Keeping Place. Preservation of this history of returns provides a historical resource for future community members. It also provides a useful reference guide on how to proceed should more Ancestral Remains be returned in the future.

There have been issues surrounding the loss of information provided to communities over time. This has occurred through unexpected changes in staffing, periods of poor resourcing, management issues, changes in responsibilities of organisations or accidental destruction. Keeping a secure register of remains received and remains placed in a Final Resting Place is essential.

Appropriate storage of information is not difficult. If resources permit, then information should be stored electronically as well as in hard-copy format. Electronic copies allow for easy access. However, electronic formats change rapidly, and so provision should be made for the periodic review and ‘re-saving’ of information. Hard copies are also subject to loss. This risk can be mitigated by installing lockable, fire-rated cabinets that will protect information under most conditions and threats. Keeping a basic filing system that holds information relating to each museum is also useful.

The participating museum or agency should also keep copies of all information relevant to each particular repatriation case. It should be expected that all Australian museums will respect the privacy and cultures of communities and will not provide access to community information without community approval. The preservation of information off-site can provide a valuable backup for communities in the event of information loss.

Museums, of course, are subject to government audit, and so cannot completely exclude access to information. However, such events are extremely rare and covered by legal accountability and confidentiality requirements to ensure that any information accessed is not used inappropriately.