Chapter 1: What is repatriation? 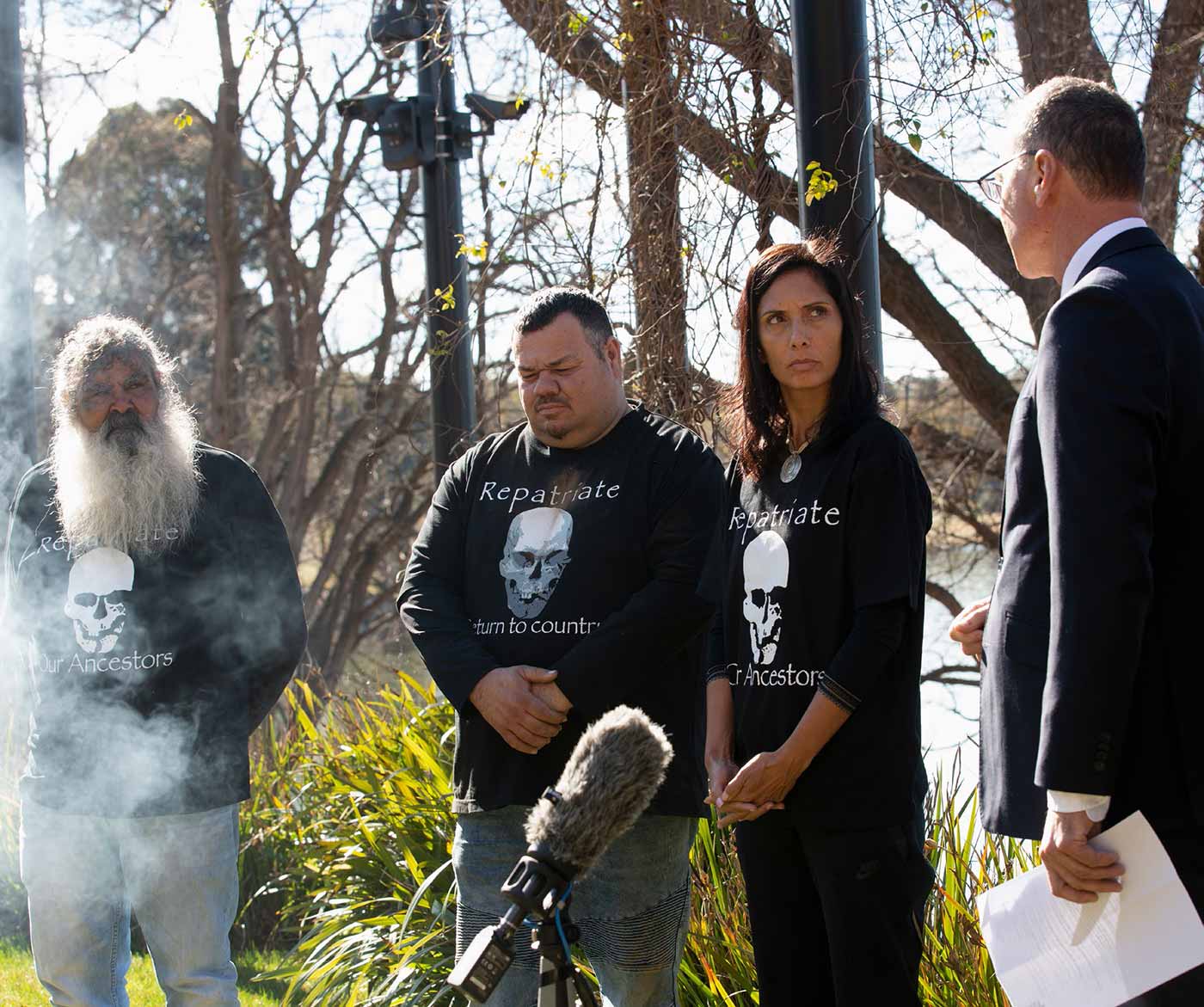 The definition of ‘repatriation’, as it applies to cultural heritage, is constantly expanding as more and more agencies engage with the social issues particular to their intellectual interests. For example, there is the repatriation of human Ancestral Remains and secret/sacred cultural objects; in such cases, the return of the original is the aspiration. Then there are such activities as ‘digital repatriation’, in which copies of images and documentation held by the agencies are provided to cultural custodians. ‘Digital repatriation’ is more aptly identified as ‘digital restitution’.

The provision of images, copies of documents, or three-dimensional reproductions of Ancestral Remains alone would not truly constitute repatriation within the meaning or aims of this handbook. Nor would it necessarily be acceptable to the appropriate cultural custodians. In the context of human Ancestral Remains, repatriation requires the return of the physical Ancestral Remains, and the delegating of authority to make all decisions regarding the future disposition of the Ancestral Remains, to the custodians entitled by tradition and/or customary law and/or Western law, to care for them.

In the case of Australian Indigenous cultural heritage, the term ‘repatriation’ is normally reserved for human Ancestral Remains or objects of high sacred significance. For objects of a more secular or public nature, or for documents and media, the alternative term is ‘restitution’. Restitution can encompass both the return of the original material and/or the provision of copies of materials, such as photographs, documents, and sound and film media.

There are many reasons why Ancestral Remains should be repatriated. As an opening statement, the preamble to the Australian Government’s policy on repatriation succinctly presents a national and international acknowledgment about the benefits of repatriation, stating:

The Australian Government recognises repatriation [of Ancestral Remains and secret/sacred objects to their communities of origin] helps promote healing and reconciliation for Aboriginal and Torres Strait Islander peoples.2

In addition, the Australian Government recognises that communities of origin are the rightful custodians of their Ancestral Remains, and that they should determine when and how repatriation should be undertaken. To support this, the Australian Government, on behalf of Aboriginal and Torres Strait Islander communities, seeks the voluntary and unconditional return of Ancestral Remains and any associated notes and data.

The most straightforward and significant reason for the return of Ancestral Remains is that many Aboriginal and Torres Strait Islander communities and individuals, recognised by custom as the social, cultural, and/or biological descendants of the deceased, want them returned.

Return of authority and responsibility

Conditional returns are not complete repatriation; instead, they might be considered to be a form of off-site storage for the returning institution. In such a process, the custodians become responsible for the management and protection of the Ancestral Remains, but they are denied the authority to manage them according to their own preferred customs. Custodians may, of course, accept the return of Ancestral Remains with such conditions if they deem it appropriate. The important thing is that the custodians be fully informed of the risks and advantages and not be coerced into making decisions against their wishes.

Repatriation should therefore be unconditional. With the return of the Ancestral Remains also comes complete authority and full responsibility. There may be occasions where the custodians themselves initiate their own conditions — such as a particular partnership with researchers. However, such conditions should normally follow repatriation and not be a condition of it.

What is a successful repatriation? In the past, there have been incidents in which Ancestral Remains returned to Australia were unprovenanced; that is, their point of origin was not known. There are also cases where communities have been unable to receive Ancestral Remains owing to a lack of resourcing for respectful management. This has, in some cases, led to feelings of failure on the part of individuals and/or communities.

A successful repatriation event, therefore, does not only happen with the physical return of remains. It also occurs when the rights to respect and authority for the future care of the remains are acknowledged. The first stage alone — the return of Ancestral Remains to Australia — is in itself a success in that it recognises the rights and authority of a claimant or representative group (in such cases, usually an Indigenous representative body) by the Australian Government, foreign governments and collecting institutions. Once the Ancestral Remains are in Australia, even if held in a museum or heritage agency, they are increasingly under Aboriginal and/or Torres Strait Islander control.

This is a great achievement on the part of the advocates for return. It also applies to those Ancestral Remains returned to a state or region. The closer they get to their point of origin, the more they come under Indigenous control. For various reasons, some Ancestral Remains may continue to be held in Keeping Places on or near where they were taken from. Lack of certainty over location, or lack of access to a given location, may mean that they continue to be stored in such community-administered repositories for some years. This is not a failure on the part of the community or individual representatives. It is a success in that the Ancestral Remains are under local Indigenous control, one step closer to their place and community of origin, and that authority for their respectful management now rests with the community.