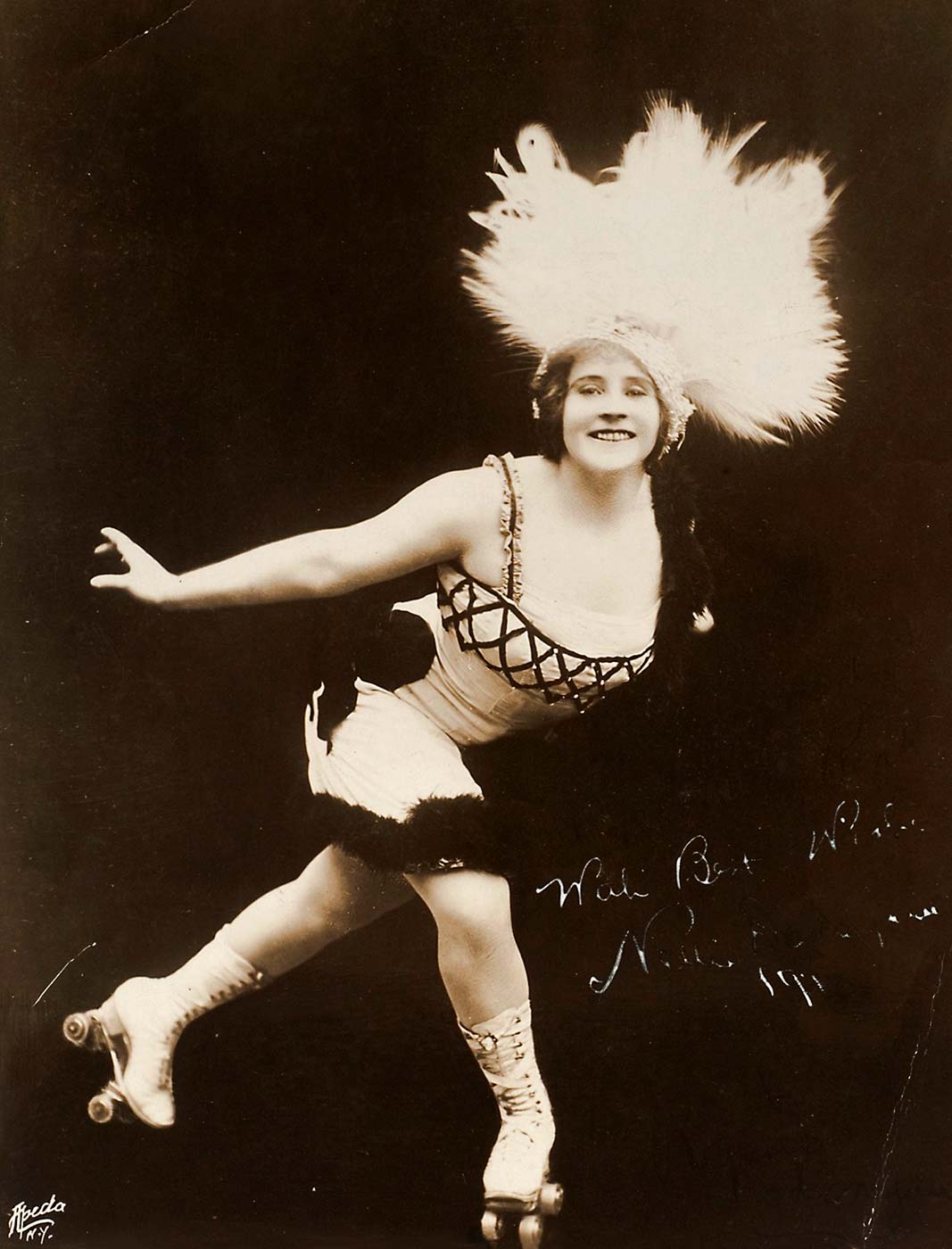 Mr. Reynolds and Miss Donegan flutter, glide, and twinkle through many phases of classic dance scores … Miss Donegan comes from Melbourne, where as a tot in pigtails and pinafore she took to roller skating as most kiddies take to toffee. To-day, doubtless, she could go shopping down Rundle Street on roller skates more comfortably than the average woman in a hobble skirt. When [she] married Earle Reynolds, a combination of talent was achieved which has evolved into one of the most engaging spectacles offered on the music halls.

Rollerskating was at a peak of popularity in 1913. Those who preferred to watch could enjoy the musical comedy skaters and dancers Nellie Donegan and Earle Reynolds, who toured Australian theatres in 1913.

Reports of the gala sports night at Adelaide’s Elite Skating Rink are teasingly vague about how the wheelbarrow and sack races were conducted on skates. The rink master at Sydney’s Imperial Roller Rink would, by request, perform his ‘Imitation of an albatross in flight’.