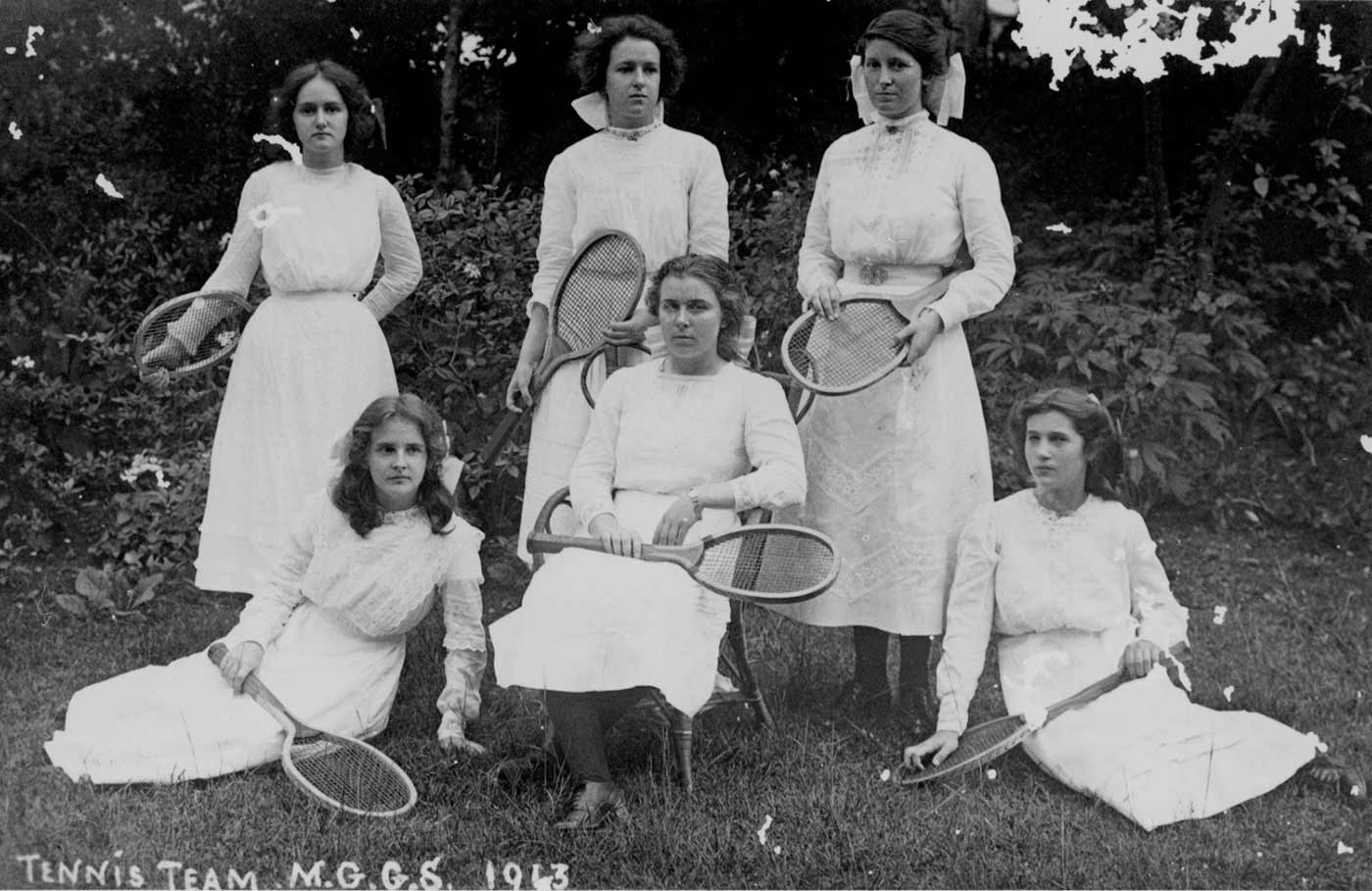 The first test match between teams representing the British Isles and Australia was concluded at Double Bay courts on Saturday ... It was hot and steamy in the grandstands; but an attendance of about 5000 patiently endured the heat and watched the play with interest. Amongst them were players of the past and of the present, spectators who never miss a match, and many who apparently had never seen a match before.

First played in England in 1874, lawn tennis was soon to arrive in the Australian colonies and was initially a social pastime for those with leisure and space for a court.

The Sydney Cricket Ground hosted the first competitive intercolonial tennis match in May 1885. In 1905 Australia and New Zealand (as Australasia) competed in the International Davis Cup and the first Australasian Championship (now the Australian Open) was held.

By 1913 tennis clubs abounded, and the game was a mainstream activity, played by both sexes, socially and competitively. In January a crowd of 5,000 spectators watched Australia win the first tennis ‘test match’, defeating England 7 matches to 2, in ‘hot and steamy’ conditions.