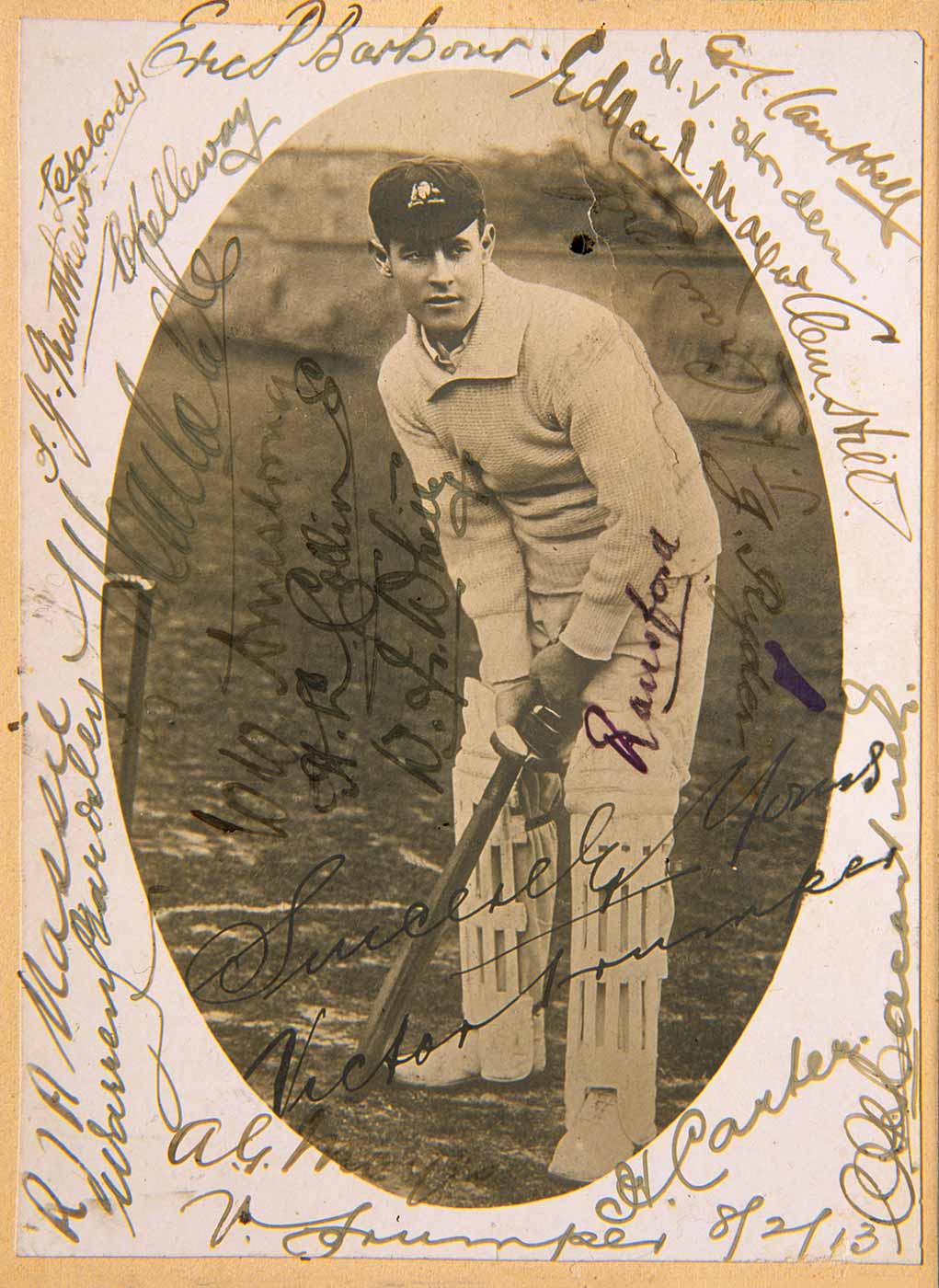 Victor Trumper ... unites in his person the utilitarian virtues of Australia with the artistic virtues of the old country, and he has done so in such a way as to almost set up a new standard for both. That is praise, indeed, and praise unalloyed with exaggerated superlative. It practically means that Trumper may legitimately be regarded as one of the very finest batsmen ever known.

In 1913, cricket had become Australia’s national sport. Intercolonial competition began in 1856, starting with matches between New South Wales and Victoria and slowly growing to encompass the other colonies. After Federation, cricket quickly became the ideal medium for interstate rivalries. Most important of all were the international clashes between Australia and England. These provided an opportunity to prove the worth of the young nation against the best of the mother country.

In the summer of 1913, Victor Trumper was approaching the end of his career, but was still considered Australia’s greatest batsman. Fellow players and supporters organised a testimonial match at the Sydney Cricket Ground. After a hesitant start on a wet pitch, Trumper went on to score 126 runs. His fellow New South Wales players circulated among the crowd selling souvenir match programs. Autographed photos of Trumper reportedly sold like ‘hotcakes’.

Trumper finished his first-class career in 1914 with a total of 16,939 runs from 255 matches and a highest score of 300 not out. In an age when pitches were not covered during rain, creating difficult batting conditions, Trumper achieved a remarkable average of 44.58.