Mr Richards is an accomplished bat maker and administrator who established the developmental Crusaders cricketing organisation. He received the Australian Sports Medal in 2000 for services to the game.

Chappell's baggy green was a first for the Museum. These cultural icons are relatively scarce and command high prices when they appear at auction.

A highlight is a mounted six-stitcher ball which landed in Wally Grout's gloves eight times when he set a new first-class catching record during an innings for Queensland against Western Australian in 1960.

The Swan Richards collection consists of: 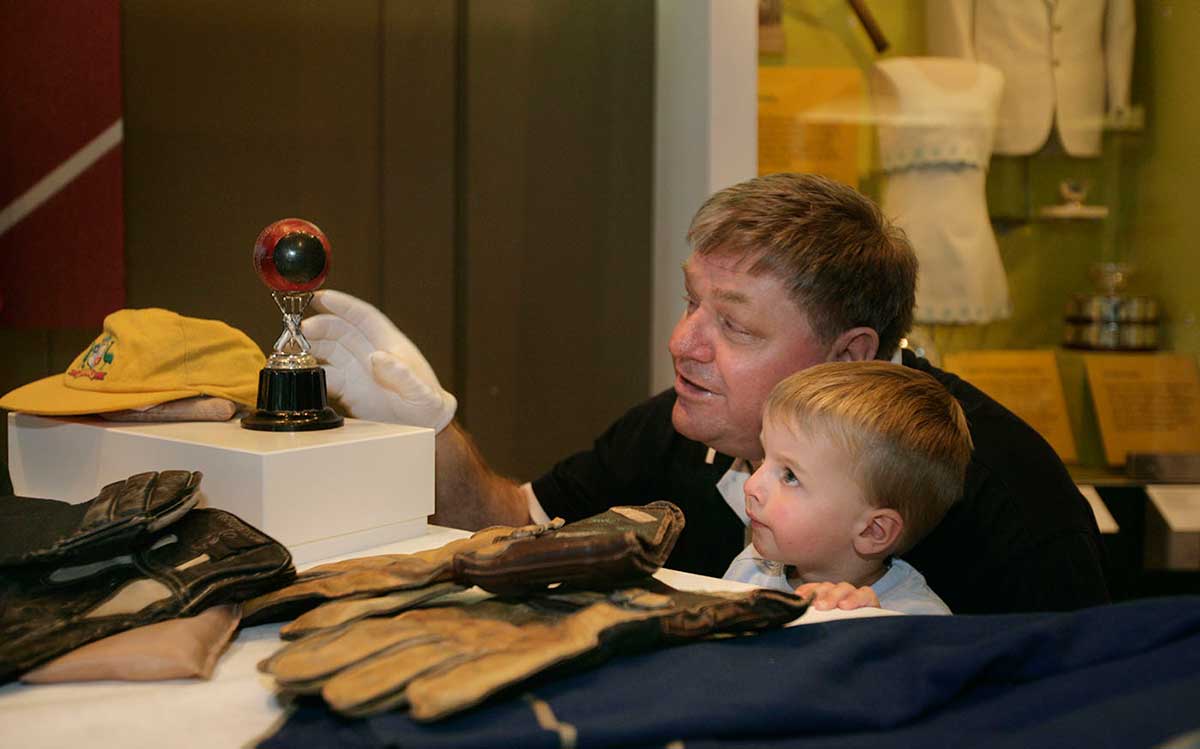 Australian One-Day International Cricket Team baggy yellow cap, worn by wicket keeper Rod MarshRod Marsh wore this cap during the 1982 season in which he played 17 matches, scored 179 runs and took 14 catches. Australia lost the series to the West Indies 3-1. These Australian one day international cricket caps were manufactured by the Albion Hat & Cap Company throughout the 1980s and early 1990s. The style is known as a...