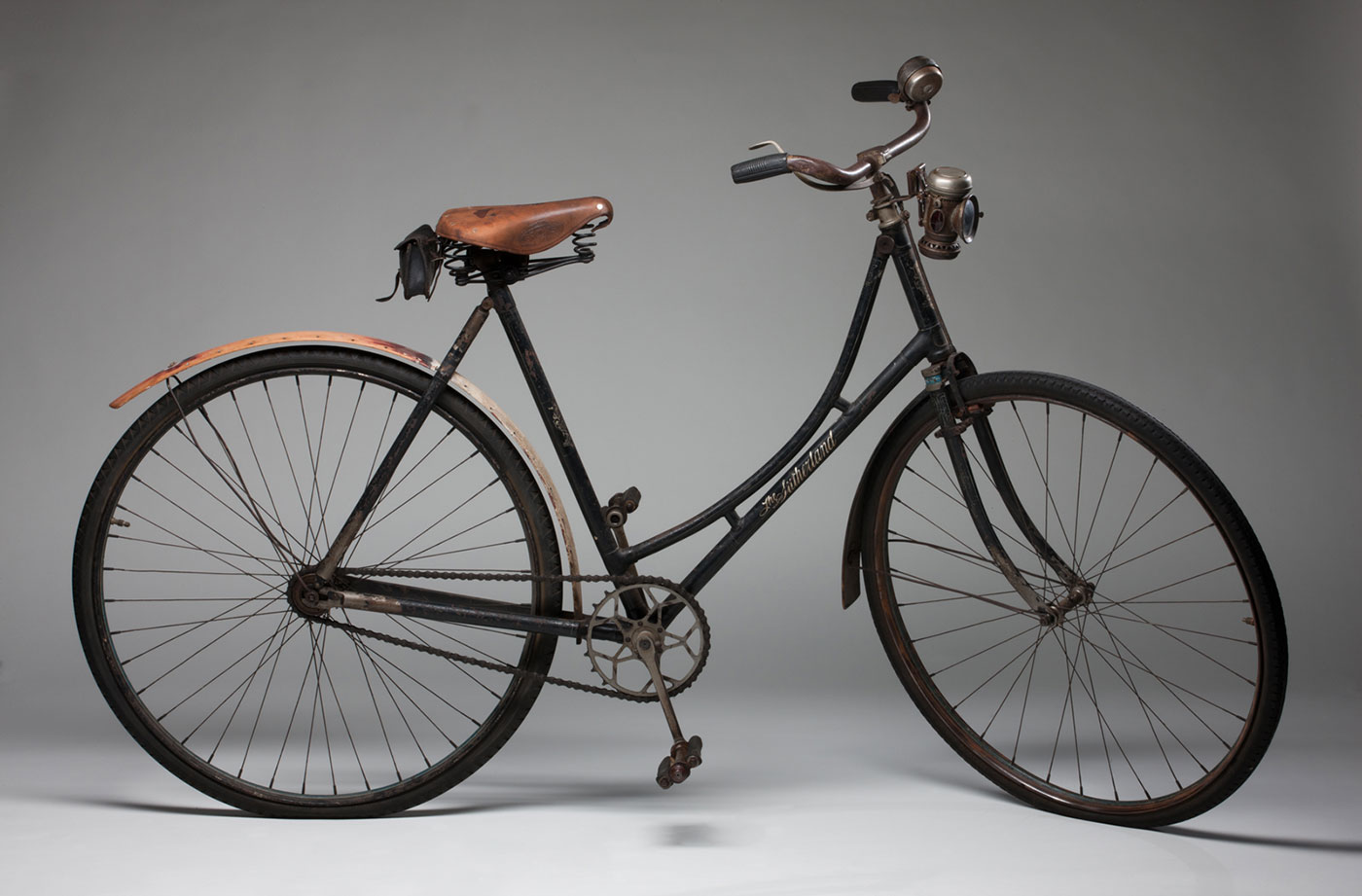 A passion for cycling

By 1913, the bicycle had become Australia’s most popular form of personal transportation. Concerns raised in earlier decades about the alarming effects of cycling on road safety and women’s bodies had subsided. Thousands of people now used bicycles to travel to work, for weekend recreation and to race each other in bicycle clubs in every state.

In the early 20th century, strong competition and large-scale production (Melbourne alone had over 150 businesses) saw the cost of bicycles fall rapidly. Well-known brands made in Melbourne included Malvern Star, Repco, Loveland and Healing. Cycling had emerged as one of the most economical, practical, efficient forms of transport. Now a viable option for the working class, the bicycle also began to realise its much-vaunted potential as a truly democratic vehicle, serving equally well the postman, the rural worker, the doctor, or the society gadabout.

This bicycle (known at the time as a ‘safety' bicycle) was made by Arthur James Sutherland, who established a shop in the busy shopping area opposite Toorak railway station at the height of the 1890s cycling craze. He soon acquired a name for making quality cycles, a reputation boosted considerably when, in 1903, the winner of the prestigious Austral Wheel Race rode to victory on one of his machines. Sutherland soon had the words ‘Austral winning cycles’ emblazoned on his shopfront.

By 1913 it was unremarkable to see a woman on a bicycle. Sutherland made this bicycle for his wife, Marion, possibly as a wedding gift. She used the bicycle for leisure, to run errands, and deliver the shop takings to the bank. The step-through ladies’ frame was one of Sutherland’s own designs.

Marion Sutherland’s bicycle came fitted with a front-wheel steering lock that prevented the handlebars from turning, rendering the bicycle unrideable without a key – for good reason. The bicycle’s utility and speed made it a highly desirable item and thefts were common. Newspapers reported regularly on the prosecution of cycle thieves and, in 1913, the Melbourne Argus published a story about an organised theft ring where bicycles stolen from the city ended up in rural towns across the country.

Bicycling remained a significant mode of transport for the first half of the 20th century. Yet the age of the motorcycle and the automobile began to diminish its place as a major mode of transport. Many cycle makers, including Arthur Sutherland, also manufactured motorcycles to cater to the changing demand, especially after the First World War. Sutherland’s son took over the Armadale store in 1946, and continued as manager until the business closed in 1979.

Ladies refurbished Roadmaster bicycle, which was ridden in Tasmania by Reima MieztisA ladies refurbished 'Roadmaster' bicycle. The frame is handpainted in turquoise and navy blue enamel paint, and the mudguards are white. It has a brown leather seat and a silver rack attached to the rear end. Both of the wheels are from a Malvern Star. The rear wheel has lengths of red, white and blue fine cord attached through...