A former newspaper editor, John Curtin was best known for his foray into politics, where he established a career. He became Prime Minister in late 1941, just before the beginnings of war in the Pacific theatre.

Curtin intensified the war effort, brought some Australian troops back from the Middle East to defend Australia, and convinced Australians to support an enduring defence alliance with the USA.

Curtin died a month before the war ended in the Pacific, never seeing the outcome he had worked so hard for.

John Joseph Curtin was born in Creswick, Victoria, on 8 January 1885. His parents were John Curtin and Kate Bourke. His father, an immigrant from County Cork, Ireland, worked as a prison warder, a police constable and a hotel manager.

Curtin spent his childhood in Creswick, Melbourne and Macedon, Victoria. He attended public and Catholic parish primary schools, and was a studious boy who continued to educate himself through wide reading after leaving school to join the workforce.

At 14 he became a copyboy on The Age newspaper, then worked as a printer’s assistant on the short-lived Rambler. At 18 he became a clerk at the Titan Manufacturing Company, where he worked for eight years.

As secretary of the Victorian Anti-Conscription League in 1916, he was prominent in the movement, opposing attempts by the federal government of William Morris Hughes to introduce compulsory military service. He was gaoled briefly for refusing to enlist.

He married Elsie Needham in 1917, and they had two children.

After a bout of alcoholism (which recurred later), he moved to Western Australia in 1917, as editor of the union movement newspaper, the Westralian Worker. He was appointed president of the Australian Journalists’ Association in 1921.

John Curtin joined the Australian Labor Party as a young man. He unsuccessfully contested the federal seat of Balaclava, Victoria, standing against a former Premier of Victoria, WA Watt, in 1914.

In 1919 he was unsuccessful again, as a candidate for Perth. He entered federal parliament after winning the seat of Fremantle, WA, in 1928.

Curtin replaced James Scullin as leader of the federal parliamentary Labor Party and Leader of the Opposition in 1935.

He effectively reunited the divided and discredited Labor Party over the next six years, reestablishing public confidence in its ability to govern.

This revitalisation coincided with the increasing instability and division within the United Australia Party governments of Joseph Lyons and Robert Menzies, and the Country Party government of Arthur Fadden.

Curtin became Prime Minister on 7 October 1941, after defeating the short-lived government of AW Fadden in a vote on the budget. He remained Prime Minister and head of war cabinet until his death in office on 5 July 1945.

He managed Australia’s response to the wartime emergency beginning with the outbreak of the Pacific War after the Japanese attack on Pearl Harbour on 7 December 1941, which was soon followed by the fall of Singapore, the Japanese invasion of New Guinea and the bombing of Darwin and Broome.

There was a rapid adaptation of Australian primary and secondary industry to defence and wartime production.

Seeking to use the nation’s resources fully, Curtin also sent Australian conscripts to fight in its overseas territories.

The wartime years under Curtin’s government were a period of social and cultural change, with the introduction of ARPs (air raid precautions) including blackout and air raid shelters; rationing; wholesale entry of women into the workforce to replace male workers away on military service; and the arrival of US troops.

Curtin visited the UK, USA and Canada in April to May 1944 for a Conference of Dominion Prime Ministers.

Curtin died in Canberra, ACT, on 5 July 1945, only a month before the end of the war. He died from ‘war-weariness’, over-exertion, stress and heart disease. He was the second Australian Prime Minister to die in office. 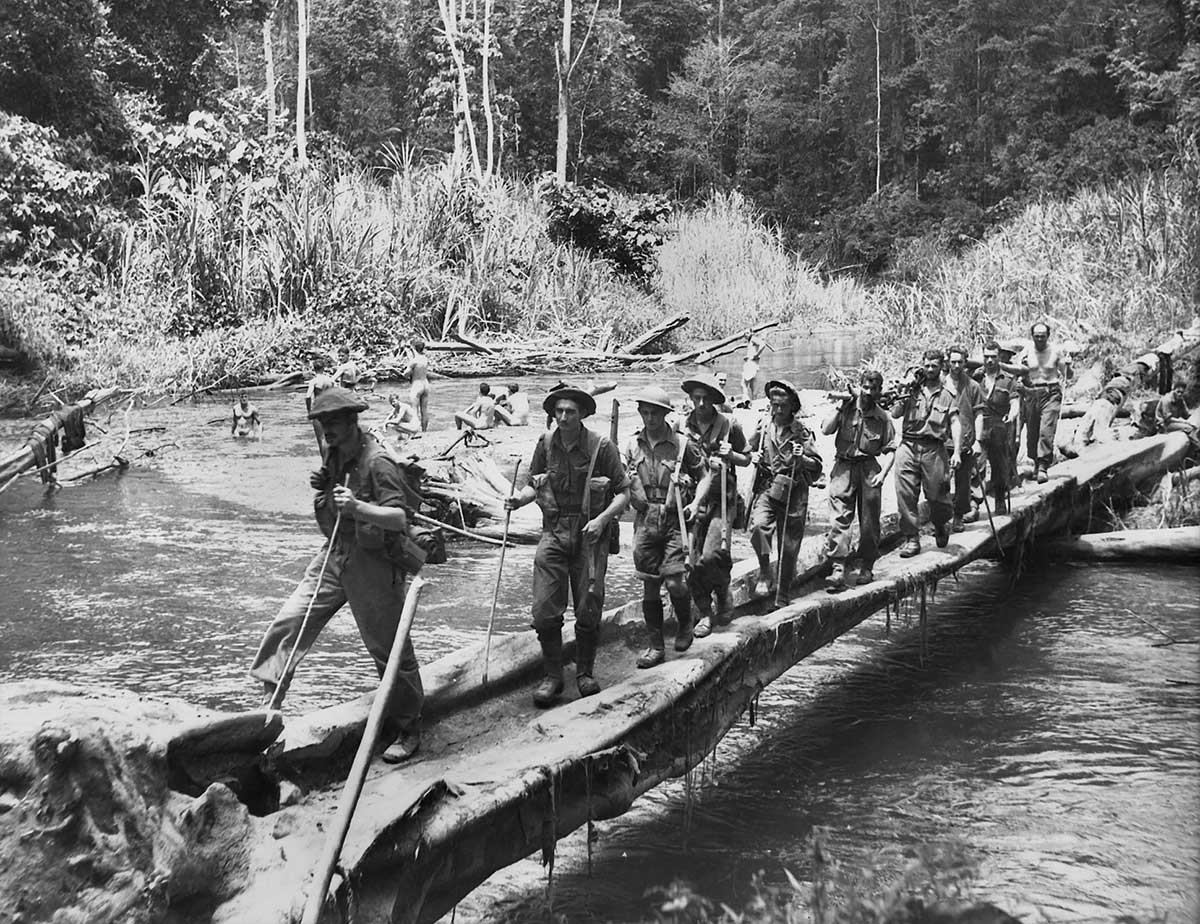 'United for Victory Interlocking Jigsaw', which features portraits of Franklin Roosevelt and John CurtinThis jigsaw puzzle featuring portraits of the American president Franklin Roosevelt and the Australian Prime Minister John Curtin was made during World War II by John Sands Pty Ltd. Produced during 1942 as part of government efforts to gain public acceptance for the large number of American servicemen who were based in Australia...