Listening to Country: The inseparable links between family and Dreaming on the ‘Canning Stock Road’ (part two)

Before Canning made those lines of wells, it was all family groups – tribes and language groups that were related Nowadays we are living [in different places], everybody moved, separated to different parts of the Western Desert, to different towns: Fitzroy Crossing, Newman, Jigalong, Balgo, Broome, Bidyadanga. And that connection is still alive today in the heart of the desert ... We all one mob. All one people. Canning Stock Route is another history. It's the European version. But now what we're talking about is how ... daily lives were all connected back through song and dance and Dreaming and the desert. 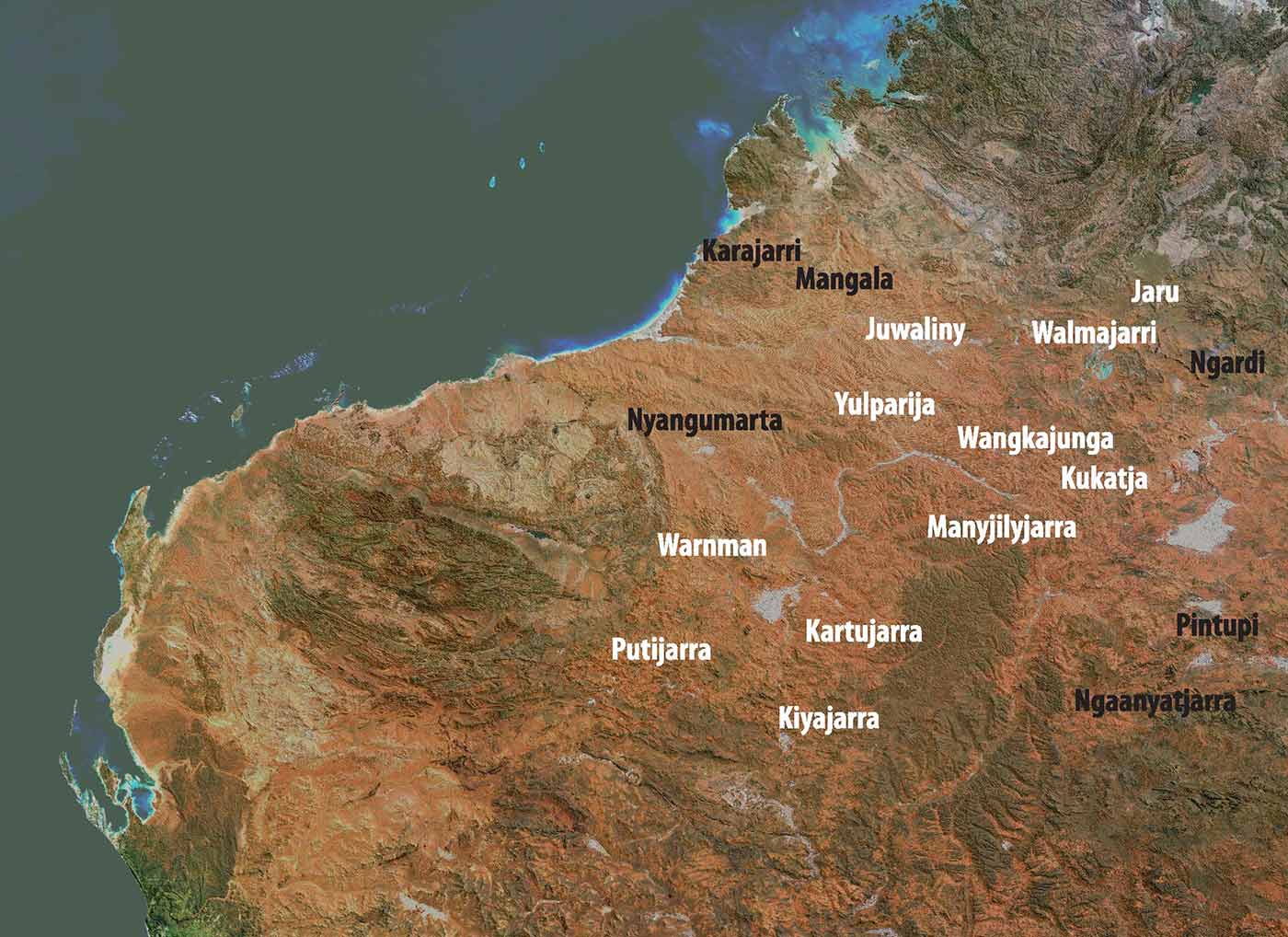 The stories of the Western Desert, like the songs that tell of its creation, are held by many different peoples.

More than 15 language groups can be found within the broad region crossed by the Canning Stock Route, and though not all of these groups have territorial rights over the Country within the stock route corridor, all are associated in some way with its story, through cultural, familial and historical connections to the route and its custodians, or to sites along the major Dreaming tracks or songlines.[1]

Each group is distinguished by its own language, Country, songs and ceremonies, although most share strong cultural and linguistic similarities, and many desert people are fluent in several different languages. The identities of some of these language groups have also been shaped by historical movements.

Yulparija, which means 'southerner', is the language name of speakers who travelled north to Bidyadanga from their southern home in the Great Sandy Desert. Speakers of closely related languages from the southern stock route, including Manyjilyjarra, Kartujarra, Putijarra and Kiyajarra, today refer to themselves collectively as Martu, which means 'Aboriginal person' or 'one of us'.

The story of Aboriginal art in Western Australia is intricately intertwined with that of the Canning Stock Route.

Droving opened up new patterns of movement that caused many family groups to disperse to the distant edges of the desert. In these missions, towns, stations and settlements, communities were established and art movements flourished as artists brought the idea of painting to relatives in distant places.

It is fitting then that Aboriginal stories of the stock route first began reaching mainstream audiences through the medium of painting. Since the 1980s celebrated artists from the Kimberley and Western Desert have recorded their stories in paint.

Like clues scattered at distant points across the desert, these allude to an even bigger story, that of the Country itself and of its peoples who, despite their far-flung destinations, remain inherently 'one family'.

1. Although historically described as 'tribes', Aboriginal groups are mostly identified today by the languages they speak.