Listening to Country: The inseparable links between family and Dreaming on the ‘Canning Stock Road’ (part seven)

And with the Jarntu (Well 35) part, it's a very sacred part ... It's a place where you can only talk so much about it. And it shows people that it's a boundary that even the TOs, or the traditional owners for that Country, will not break or will not trespass ... I think this is one of the things we have worked towards, and we're still working towards: how we would go in telling our viewers about Jarntu itself, where you can only say a certain part of it and not say another part. 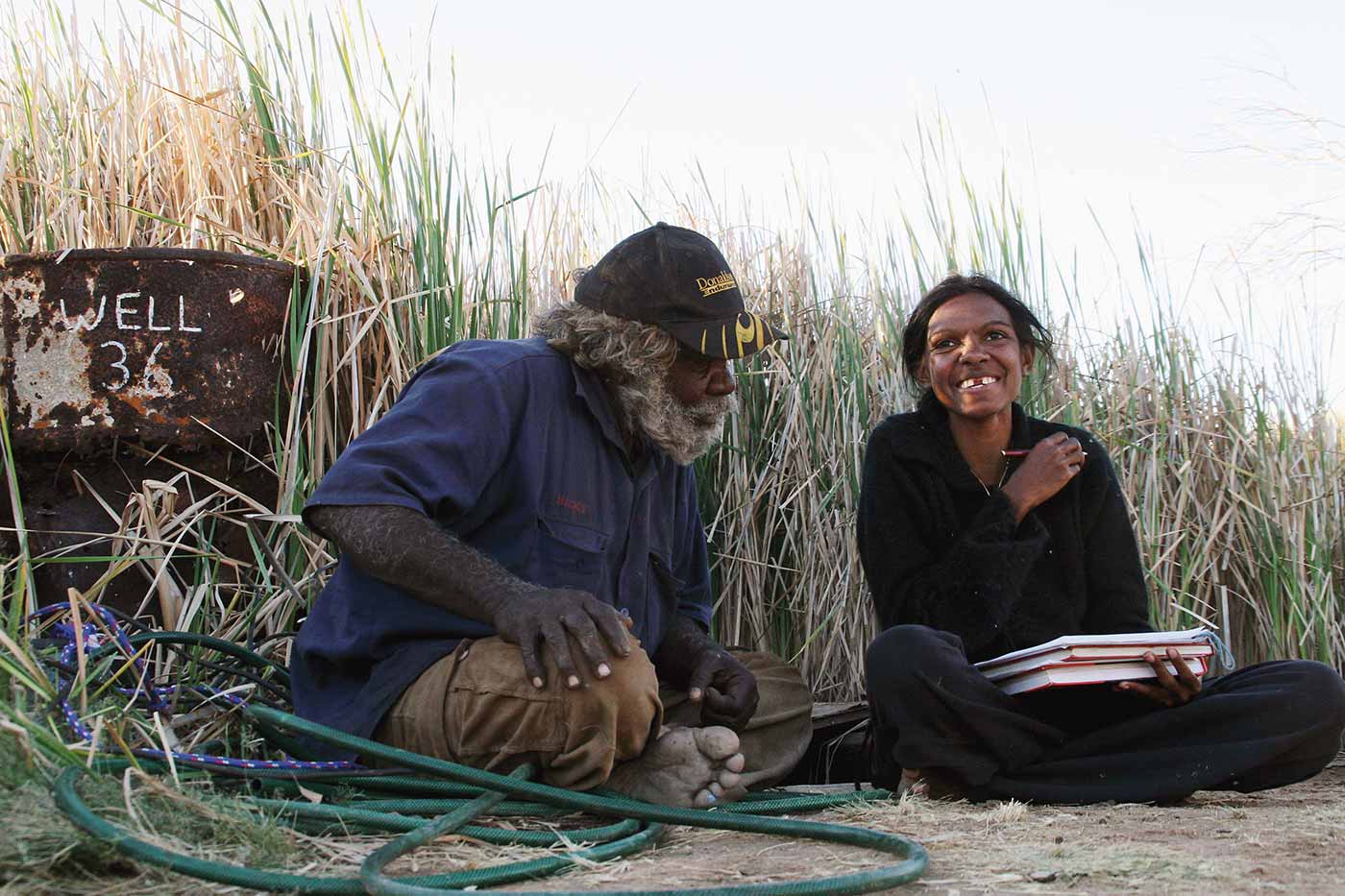 In Aboriginal communities cultural knowledge is owned collectively rather than individually. While certain people are the senior custodians for particular sites, songs and ceremonies, big cultural decisions must nonetheless be collectively endorsed. Such decisions are often negotiated over successive meetings in different communities.

References to Well 35, for example, remained a lingering concern for Martu people. This is an extremely sacred site, which is home to the powerful ancestral mother dingo. Although she is known to her Countrymen by her true name, [7] this name should not be spoken excessively.

People from Parnngurr, Punmu, Kunawarritji and Balgo discussed this issue over a number of meetings and determined that within the project, senior people would continue to refer to her by her true name, while those of us who are strangers, would refer to her wherever possible as Jarntu, from the Martu word for dingo.

The potential inclusion of pearl shell pendants, collected by Alfred Canning in 1930, was also discussed by senior men in all of the art centre communities. Having been engraved for use in rainmaking ceremonies, elders determined that these powerful and sensitive objects could be shown, but only because they were very old and no longer in use ceremonially.

The role of cultural leaders, advisers and translators has been vital to the success of the Canning Stock Route Project.

However, two of the project's senior translators, Putuparri Tom Lawford and Ngalangka Nola Taylor, who between them have translated 60 oral histories into English, have also performed another critical role.

Being fluent in their own languages and knowledgeable of their law, Nola and Putuparri have been able to act as cross-cultural advisers.

They have interpreted complex information requiring the consideration of elders, alerted the project to potentially sensitive or problematic issues, and sought the direction of old people on these matters.

First, when I worked with this project ... I was bit uncomfortable. Like this is a big thing, could get in trouble [if we tell stories the wrong way]. So that's why I asked if Nola [Taylor] could come on board and work with us, and check with every old [Martu] people if they want to work and story to be told. But actually everybody likes it and there was no concern. Only some stuff ...

Tom Lawford guiding Terry and also guiding us, Nola for guiding Hayley as well as guiding us ... They've done every single thing by the books – in our terms as well as their terms – the bush terms, their community terms.

This is the way of desert peoples. Young people like Nola, Putuparri and the co-curators defer to elders in all matters of culture and law, and learn from them in every step as they follow their tracks with ever-increasing admiration and respect for their knowledge.

Today, far from their desert homes, young people learn about their culture, and their Country, from old people – through the stories and songs that recall the beginnings of the world, and through painting, which brings the vital energy of distant Countries into physical form.