The story of the Canning Stock Route (part one)

They were all soaks ... and became to be a well by the Canning ... All soaks and rock holes, Martu's water right through. 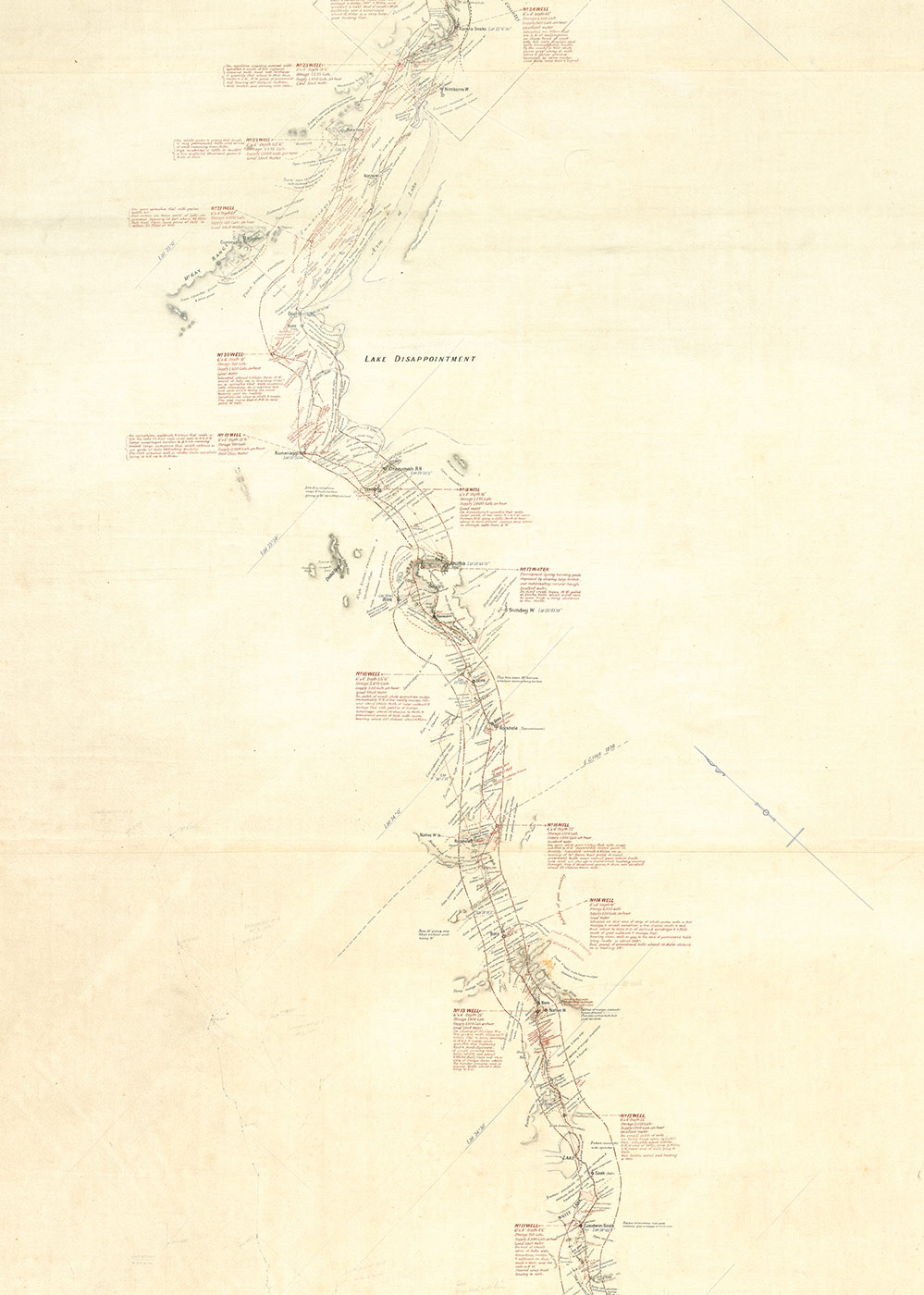 The Canning Stock Route was born out of the economic and state-building ambitions of pastoralists and politicians at the turn of the 20th century.

In the early 1900s, with a mining boom underway, the high price of beef was a major problem for the growing state of Western Australia. The state's beef came primarily from the Kimberley pastoral country, but due to tick infestation, East Kimberly cattle were quarantined and could not be transported to southern markets by sea.

This gave West Kimberley pastoralists a monopoly on beef trade. In 1904 the government conducted a royal commission to investigate the activities of a West Kimberley 'meat ring', which allegedly controlled the price of beef.

In 1905 James Isdell, the independent member for the Pilbara, came up with a solution. Isdell proposed the creation of a stock route through the desert to transport East Kimberley cattle to the south. Isdell argued, accurately, that the ticks would fall off and die in the dry desert climate.

His plan would unite the two major arms of the Western Australian economy: the mining and pastoral industries.

The scheme was endorsed by the government and an expedition was organised to survey the country between Wiluna and Halls Creek. The task of surveying the stock route was given to Alfred Canning, who had spent the previous years surveying the famous rabbit-proof fence.

Canning had to find a route through 1850 kilometres of desert, from Wiluna in the south to Sturt Creek in the north.

The drovers who followed him would have to water up to 800 head of cattle each day, so he needed to find significant sources of water, a day's walk apart, where wells could be dug. He also had to ensure there was enough good grazing land to sustain the herds over the months it would take to complete the southward journey.

Other explorers believed this country too dry to support a stock route. Canning proved them wrong. With a team comprising eight men, two horses and 23 camels, he completed the arduous journey in six months. The finished route, Canning declared in a telegram to Perth, would 'be about the best watered stock route in [the] Colony'.

Alfred Canning's map has become a symbol of Australia's pioneering history. The detailed map records the observations of land and water required to sustain stock along a narrow desert corridor. What it does not show is the Aboriginal Country, the homes, boundaries and cultural landscapes that the Canning Stock Route would intersect and interrupt.

'Of Mining and meat: The story of the Canning Stock Route' includes: