Early years of the stock route

I can assure you that it is the intention of the authorities that Canning's track shall be a main highway to the Nor-'West and that that route shall be entirely cleared of all obstacles likely to be a menace to those using that route. 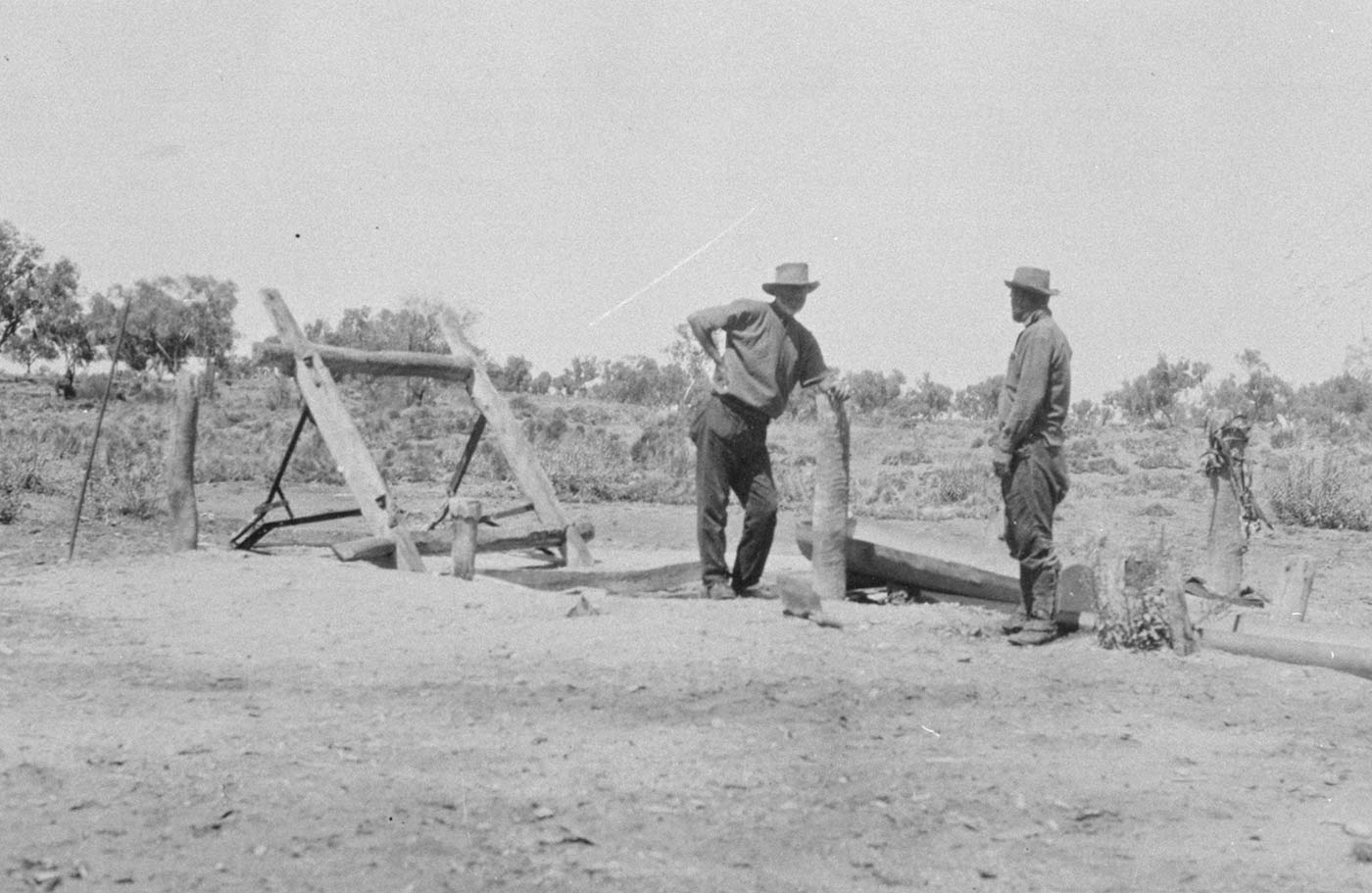 Members of Snell's team inspect the damage at Well 30, where timber and well materials had been stripped by local Martu, 1929

The methods used to create the stock route cast an unmistakable shadow over its operation. Consequently, the droving era did not begin well.

The first drovers to bring cattle down the route, in 1910, were killed by desert people at Well 37. Sergeant RH Pilmer was asked by the Western Australian Government to form a 'punitive expedition' to bring the killers to justice and keep the stock route open.

Pilmer arrested no one, but his party recorded killing at least 10 Aboriginal people. Despite his assurances, drovers remained afraid to use the route and it was barely used again for 20 years. By 1917 nearly half the wells had been damaged or destroyed by Aboriginal people.