Of mining and meat: The story of the Canning Stock Route (part two)

They been getting all the black people. They tie him up. No water, just the salt water. They let him go and they follow him 'til they find that rock hole. They make a well there. That's how they been find him all the way up there through Canning Stock Route ... 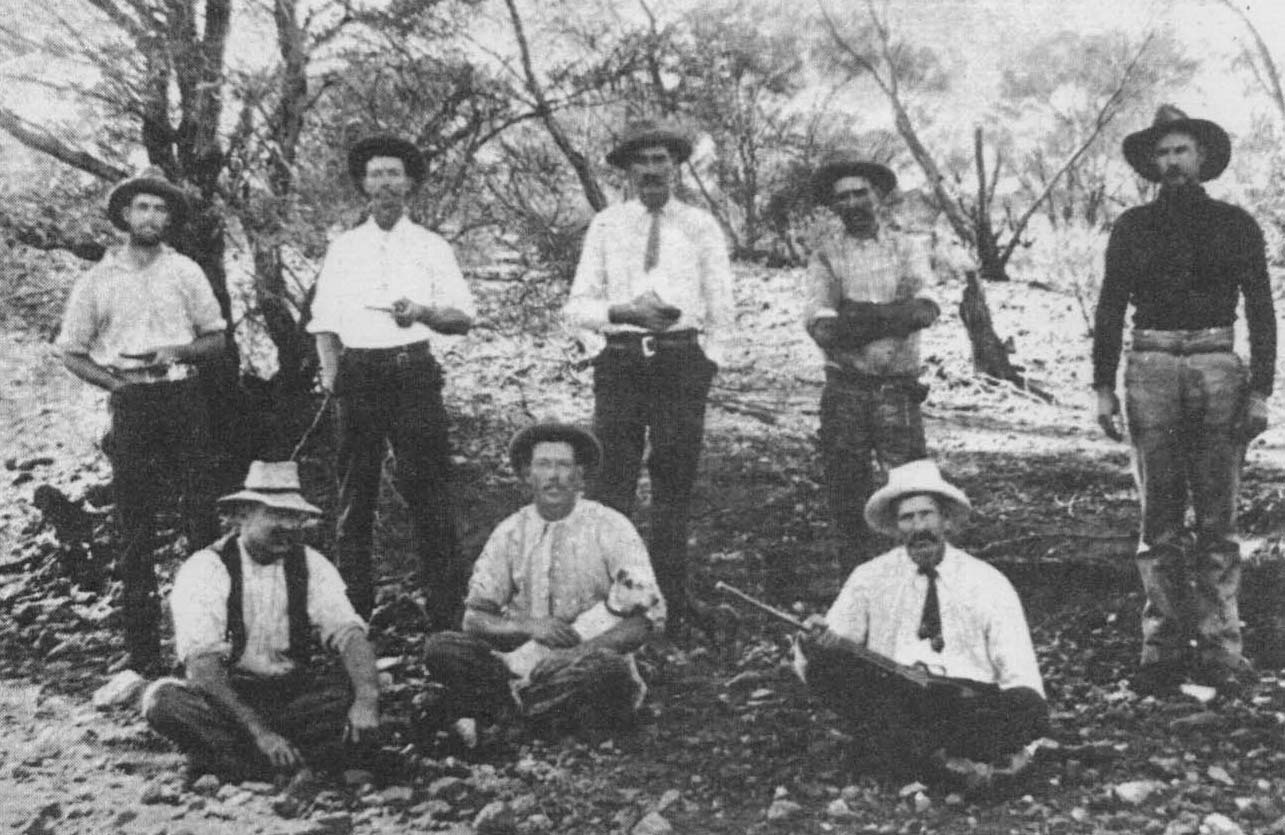 Missing from the official photo of Canning's survey team are the 20 Aboriginal 'guides' enlisted by Canning's party to help them find the elusive desert waters that would make the stock route a reality.

Canning was supplied with a police chain and handcuffs in Wiluna – his intention, to capture Aboriginal people and have them lead the party to local waters that would become stock route wells.

Some guides joined the party willingly, others were run down on horseback and forced to remain with the survey team. Most were made to wear neck chains. Either way, these men led Canning's party to certain waters, and away from others, shaping the stock route with their decisions.

Alfred Canning, grab Martu, hold him days, let him go and follow him up, and dug the well all the way long. [They call Canning] a hero. He was cunning ... tricking [the] Martu. Alright, different history from me. Martu history is straightforward.

Canning's use of Aboriginal guides came under scrutiny after the survey was completed. The expedition's cook, Edward Blake, objected to the practice of chaining guides and claimed that Aboriginal people were cruelly treated.

He criticised the survey party's 'immoral' pursuit of Aboriginal women, the theft and 'unfair' trade of Aboriginal property and the destruction of native waters. These complaints led in 1908 to a royal commission into the 'Treatment of Natives by the Canning Exploration Party'.

During the hearings, however, it was Blake's word against the team's, and he was unable to prove many of his claims. Despite condemning the use of chains, the royal commission cleared Canning and his men of all charges and approved immediate commencement of the stock route's construction. 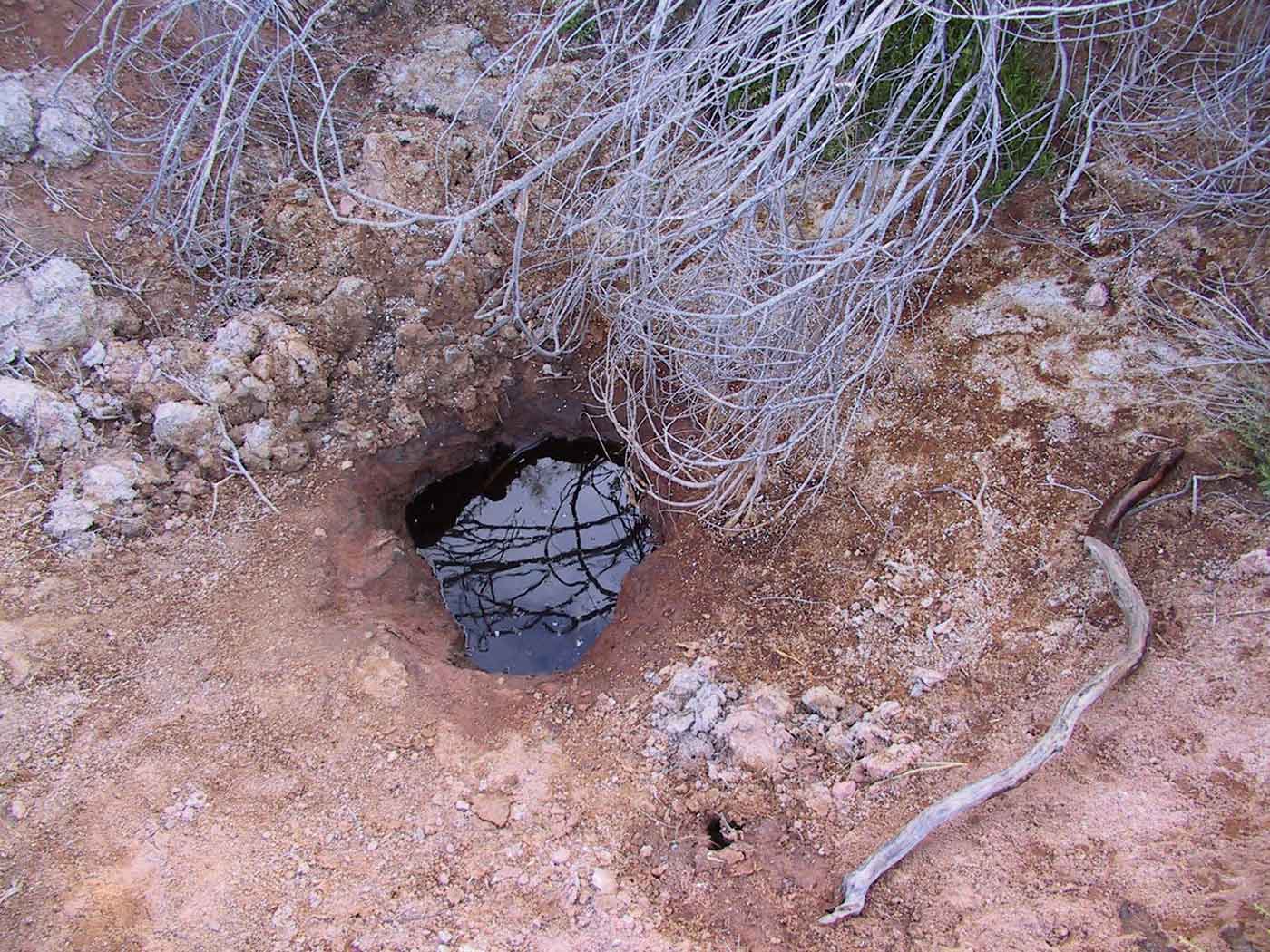 Canning left Perth in March 1908 to commence the construction of the stock route wells. He arrived back in Wiluna in April 1910. Of the 54 stock route water sources, 48 are constructed wells. Thirty-seven of these are built on or near existing Aboriginal waters.

During the royal commission Edward Blake expressed concern that the wells would prevent Aboriginal people accessing their waters. The commission rejected his concerns, but Blake was right.

I came to this big well, and I climbed up on the ladder and looked down. It was deep down, and I thought, 'I don't think I'll go down, this is too deep. I might go one way if I go down to get it. I might drown and be dead'. 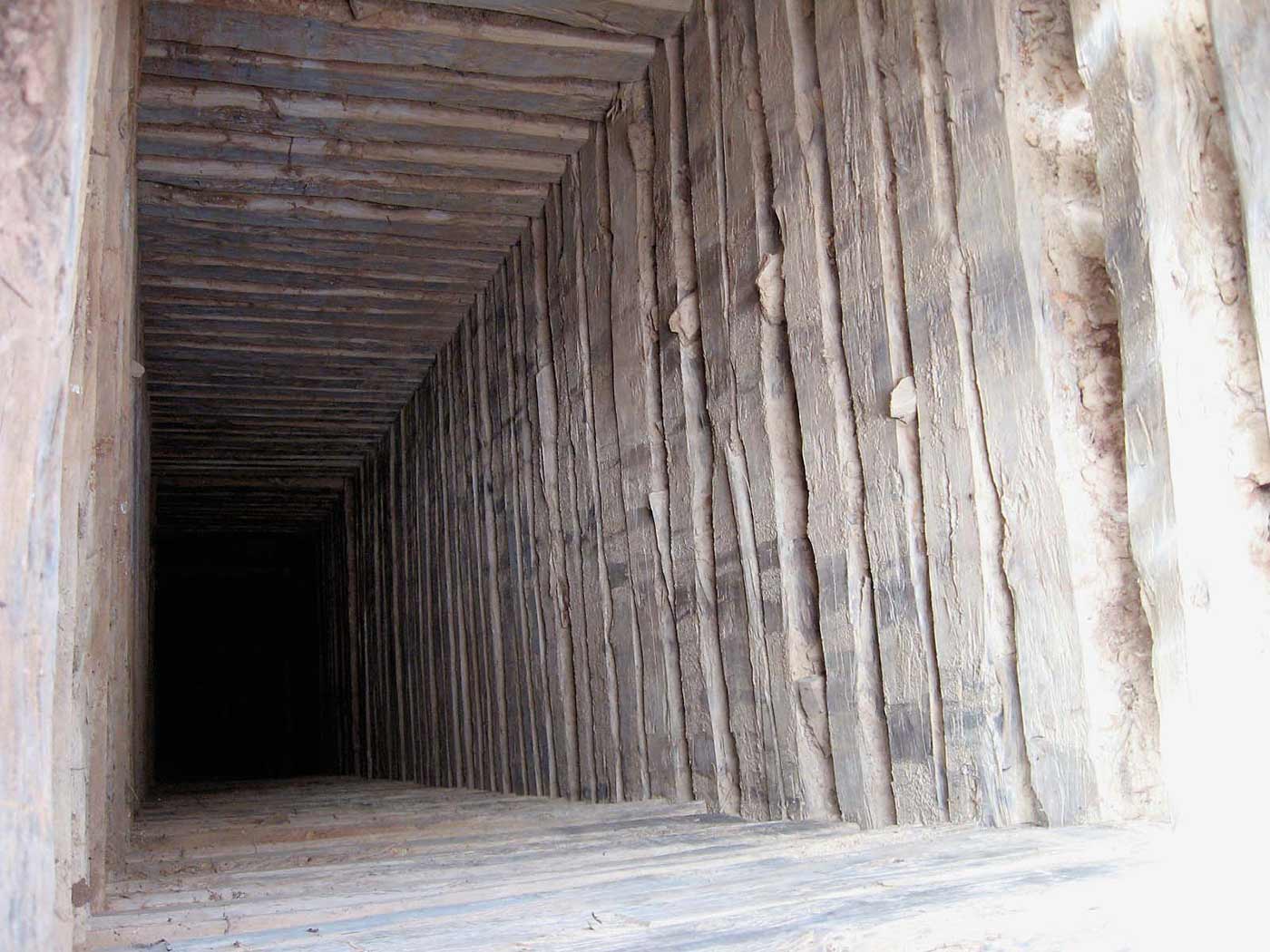 Shaft revealing the depth of one of the Canning Stock Route wells, which were often sunk on top of natural waters or, when sunk beside them, leached accessible water from the springs