Born near the Canning Stock Route, Parlurn grew up in the country around Wirnpa.

As a young man, he met a droving team at Wajaparni (Well 38). He later moved to Anna Plains station, where he worked as a stockman, helping to build the station’s roads, fences and windmills.

He began painting in Broome, and his paintings of Wirnpa are held in various national collections. 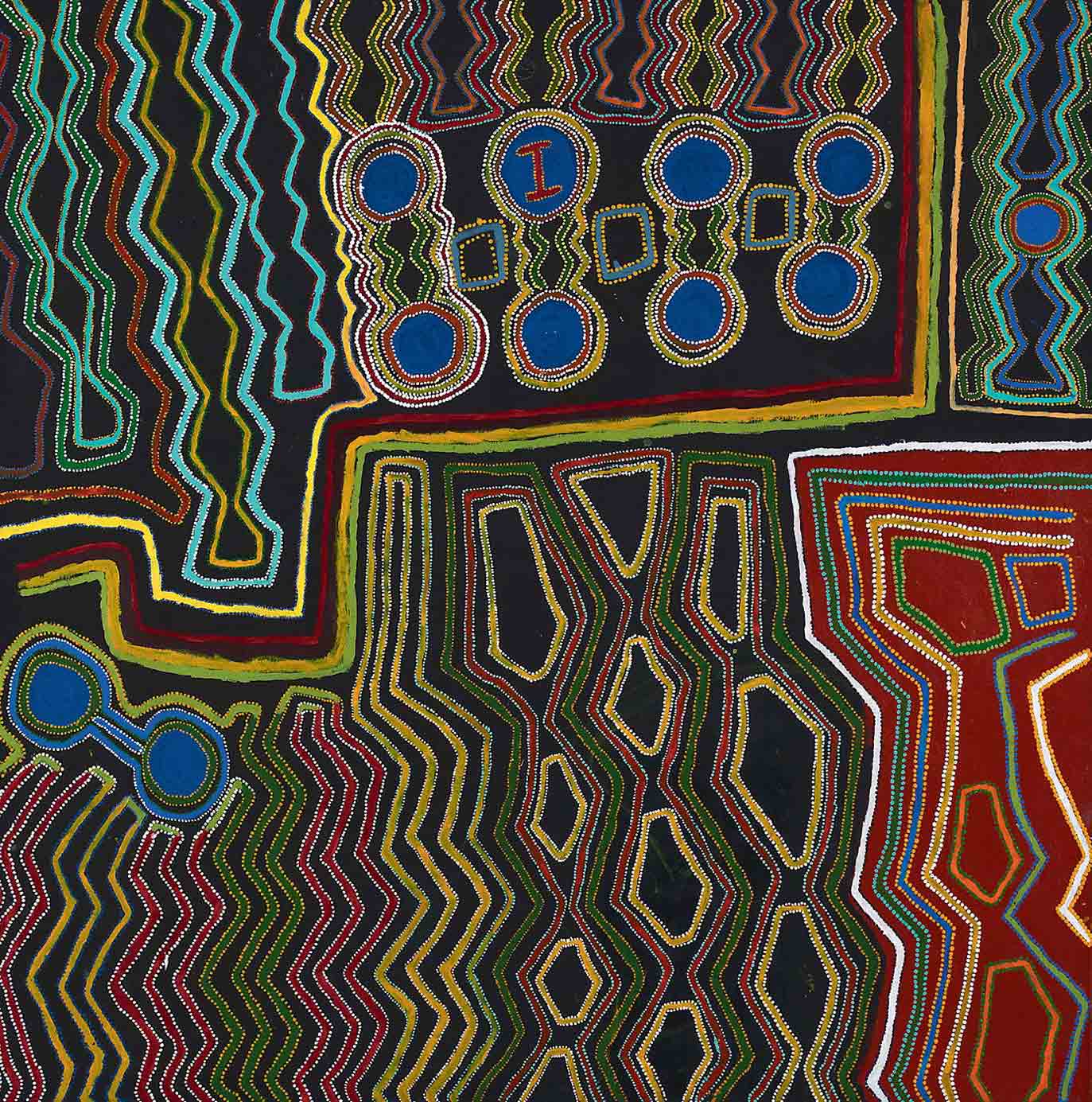