In October 1899 war broke out between Britain and the Boer republics over control of southern Africa. Many Australians rushed to support the ‘mother country’, including men from light horse units such as the New South Wales Lancers and the Tasmanian Citizens Bushmen. 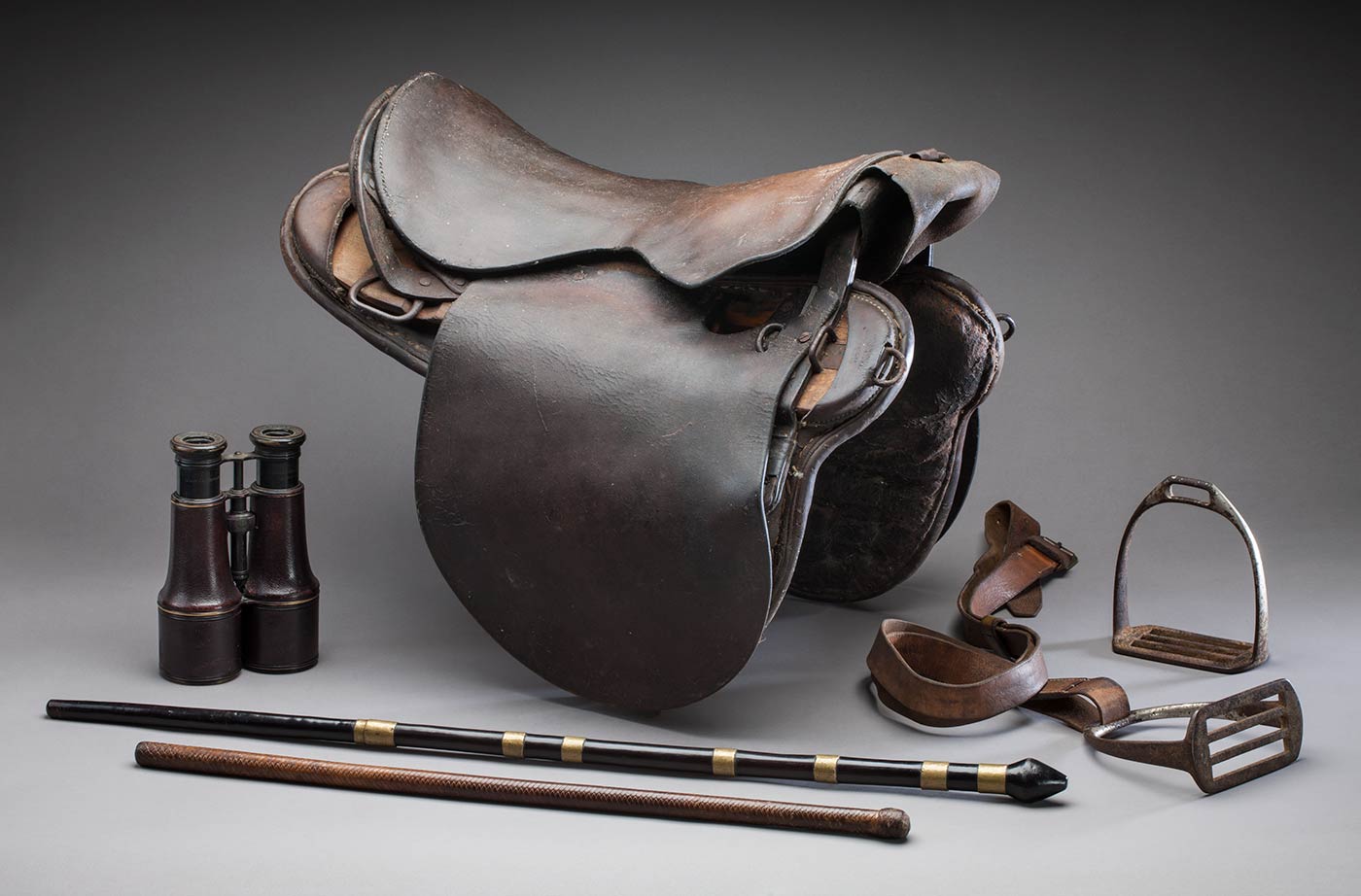 This saddle, stirrups, binoculars and swagger sticks, one incorporating African motifs, belonged to Lieutenant Colonel Edwin Thomas Watchorn. Watchorn was born in 1856 into a prominent Tasmanian family and he became an active participant in the local volunteer militia.

In 1881 he joined the Tasmanian Rifle Regiment, and in 1901 was appointed commander of the 2nd Tasmanian Imperial Bushmen, Australia’s 5th contingent to the Boer War.

Watchorn and his contingent, together with 380 horses, sailed for southern Africa on the troopship Chicago in March 1901. He probably acquired his English-made Anselm Parker saddle when they arrived in Port Elizabeth, after the British military condemned the Australian’s saddles and replaced them with new equipment.

In southern Africa, Watchorn and his men spent long hours in the saddle and the routine of their lives was organised around their horses. Trooper PA Emery reported in his diary that the contingent’s day started with reveille at 5.30 am, then 'feed horses at 6, breakfast 8, water horses 9, clean up 9.30, feed horses 12, dinner 1, parade 2.30, water 4, feed 5, tea 6, feed 9, lights out 10 p.m.' 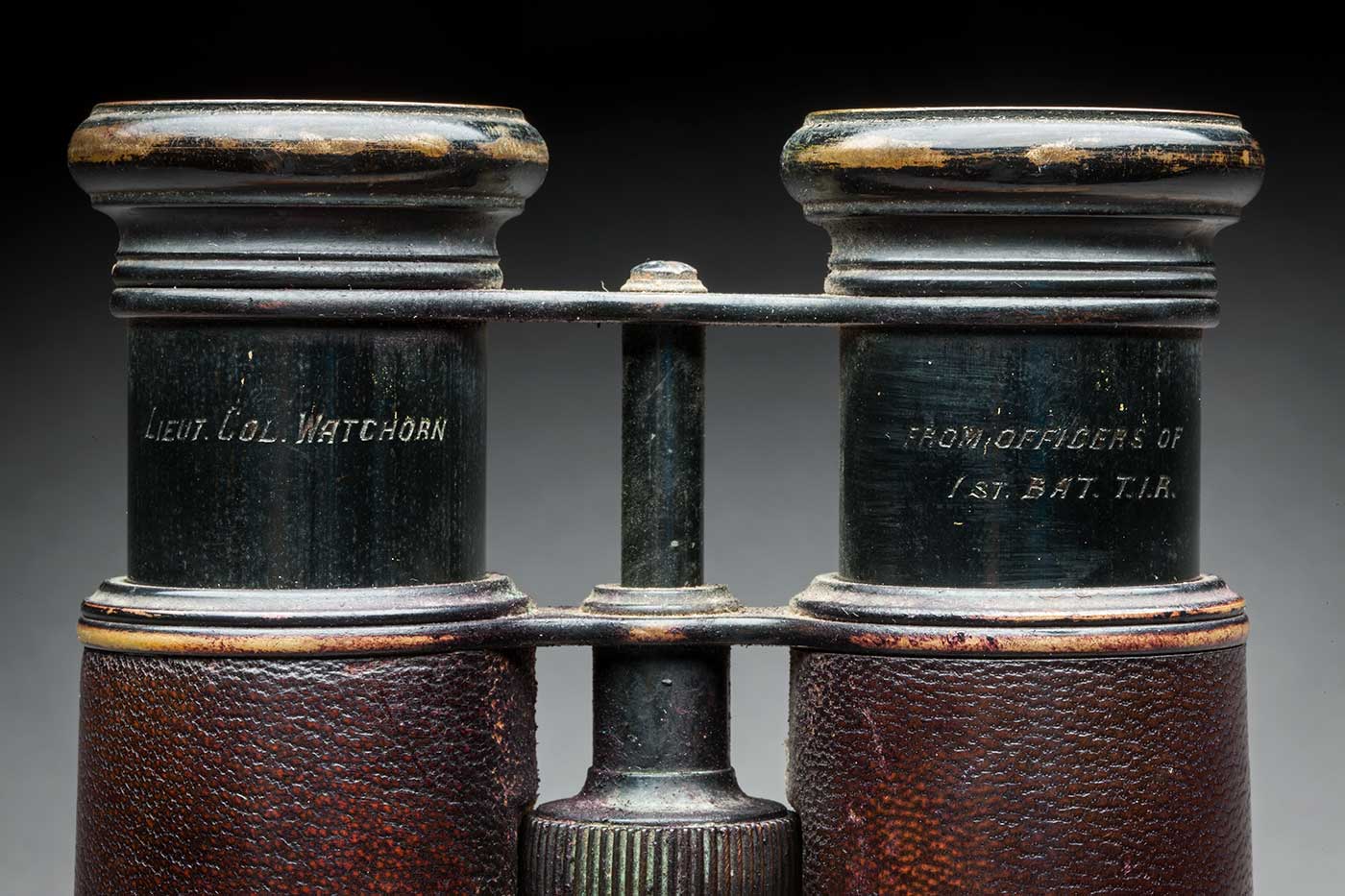