Wirth's Circus was the largest in Australia at one stage and featured dozens of performers and more than 40 horses and ponies.

Johannes (John) Wirth migrated to Australia from Germany in 1855, working as an itinerant musician before developing a travelling circus with his sons and daughters in 1880.

For several generations the skilled horse riders and acrobats of the Wirth family expanded their repertoire to include acts involving monkeys, dogs and elephants, cyclists, clowns, a Japanese juggler, an American Wild West show and later, cassock riders.

Philip was a talented trainer and rider, and a member of the Australian Jockey and Victoria Racing clubs. 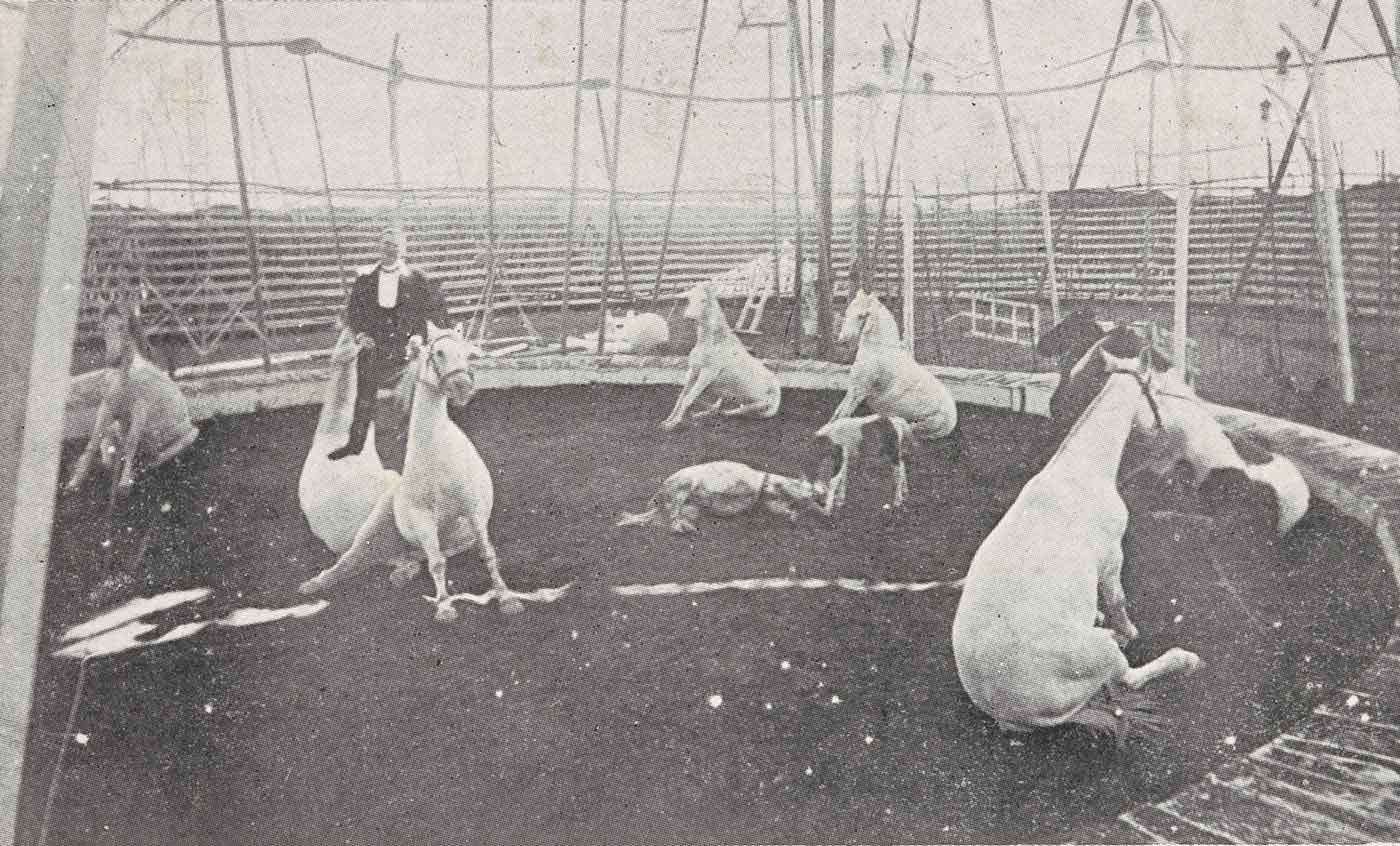 Philip Wirth and his horses, about 1910