Cheap to buy and easy to use

The sulky was a light 2-wheeled vehicle, so-named because early designs only carried one passenger, who was thought aloof and ‘sulky’.

Sulkies were cheap to buy and use, as they could be pulled by ponies, and Australians continued to use them well into the 20th century, long after carriages and buggies had been replaced by cars. 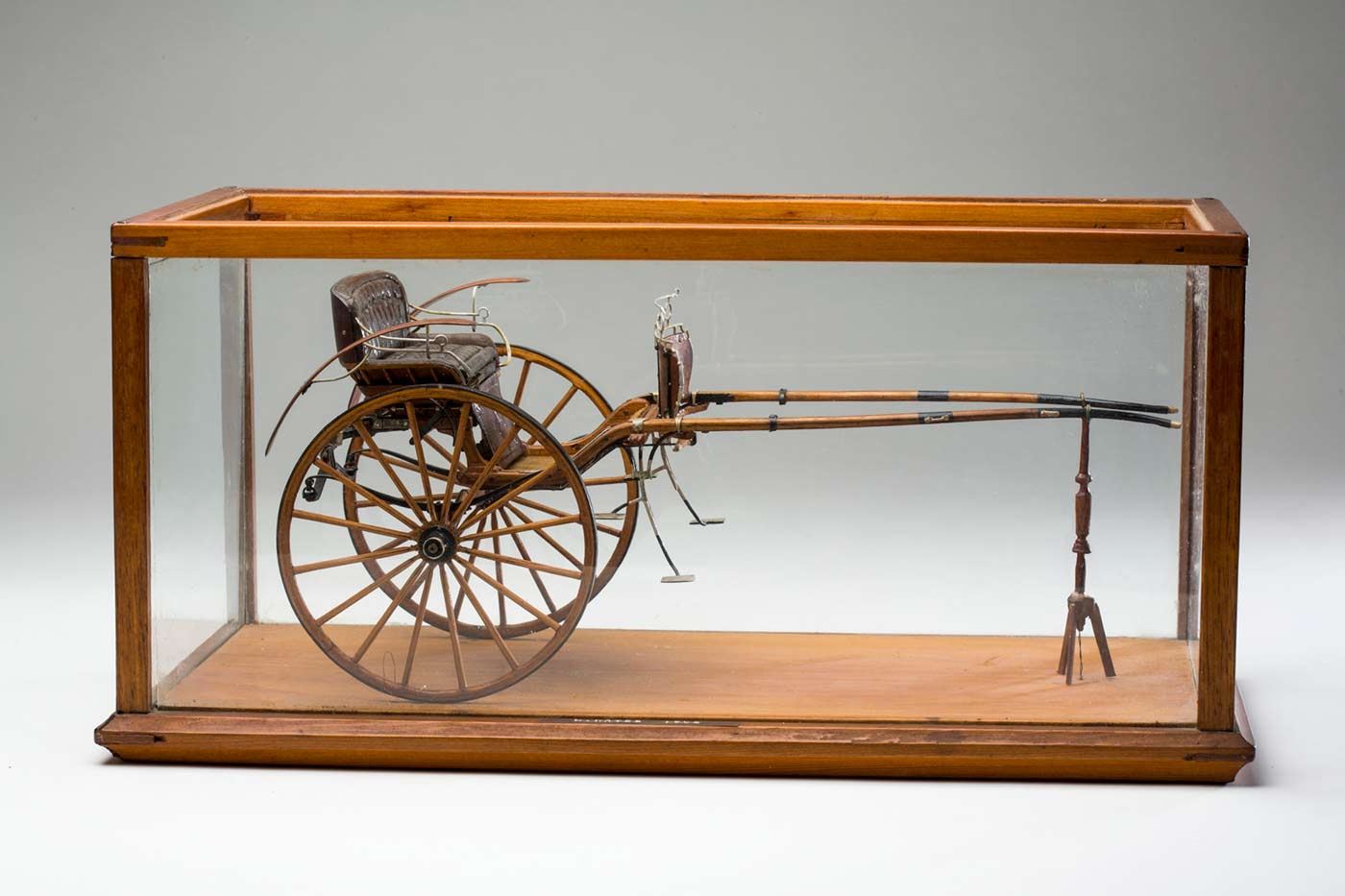 Made by Archibald William Hayes

Archibald William Hayes made this model in 1908 to complete requirements for his blacksmithing and coachbuilder’s trade qualification. It won him first prize in the model section at the Wollongong show in the same year.

Hayes worked for a time as a coachbuilder, but by the 1940s the demand for such vehicles had slumped, and he turned his woodwork and metalwork skills to repairing stainless steel ice-cream containers.