From the 1850s mining in Australia boomed, with thousands rushing to goldfields in New South Wales and then across the rest of the continent.

Miners used horses to carry themselves and their families, food, equipment and building supplies to remote and often inaccessible locations. On the goldfields, horses powered waterwheels and drills used in underground shafts. 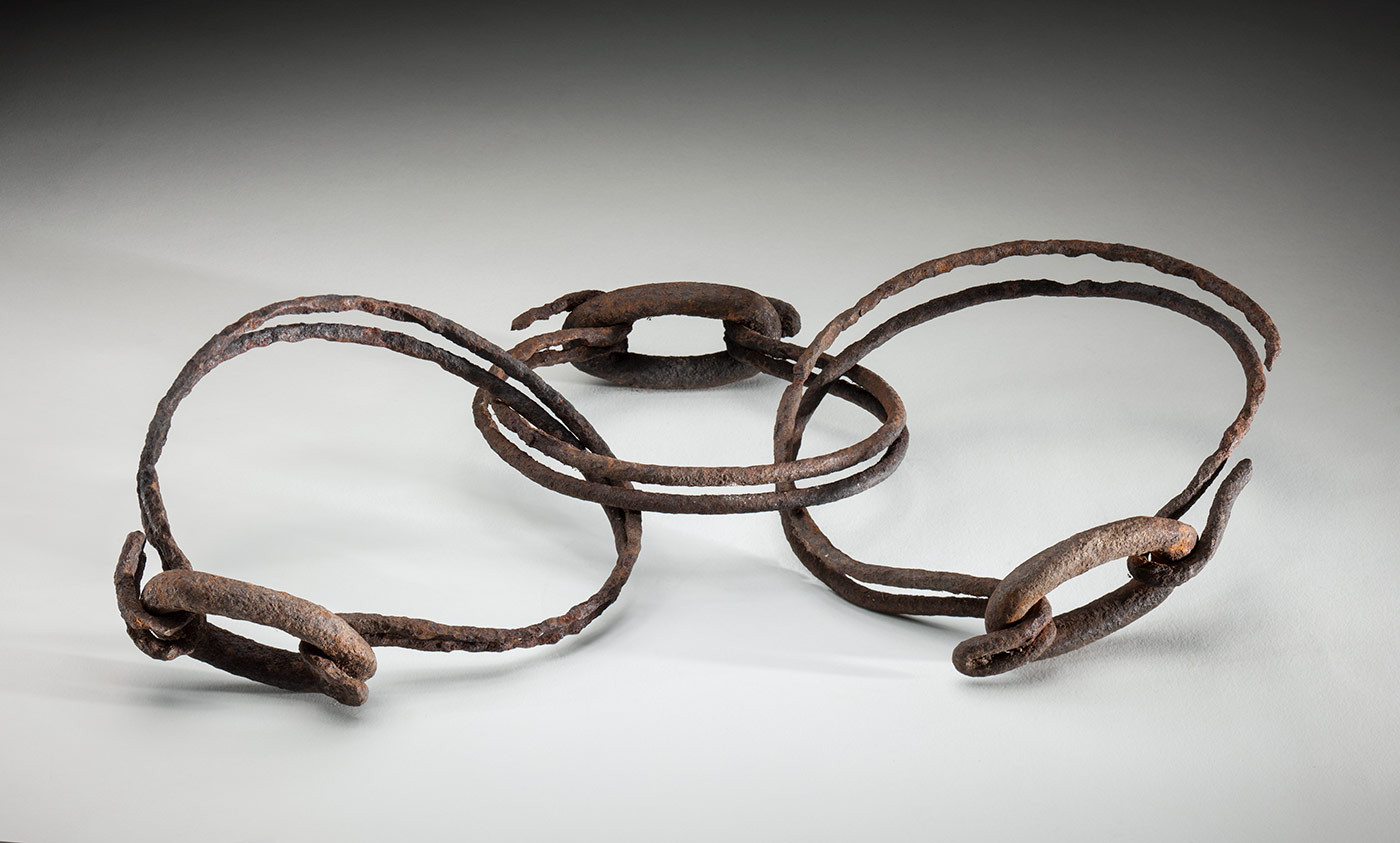 Many people on the goldfields made a living supplying miners with goods and services, including those needed to support horses. Tommy Ah Toy, who migrated from China in 1875, secured a miner’s right on the Palmer River goldfield in northern Queensland.

He later operated a market garden on the busy road to the field, between Maytown and Laura, and for 30 years supplied fruit and vegetables to local stores. He also sold horse feed to passing travellers and offered access to saddlery and blacksmithing tools and a chaff cutter.

Recovered from the garden site

These hobbles were recovered together with a saddle tree, horseshoe and stirrups from the site of Ah Toy’s garden. We know that they were probably made around 1900, but are not sure if they represent lost shop stock or equipment discarded after new had been purchased.