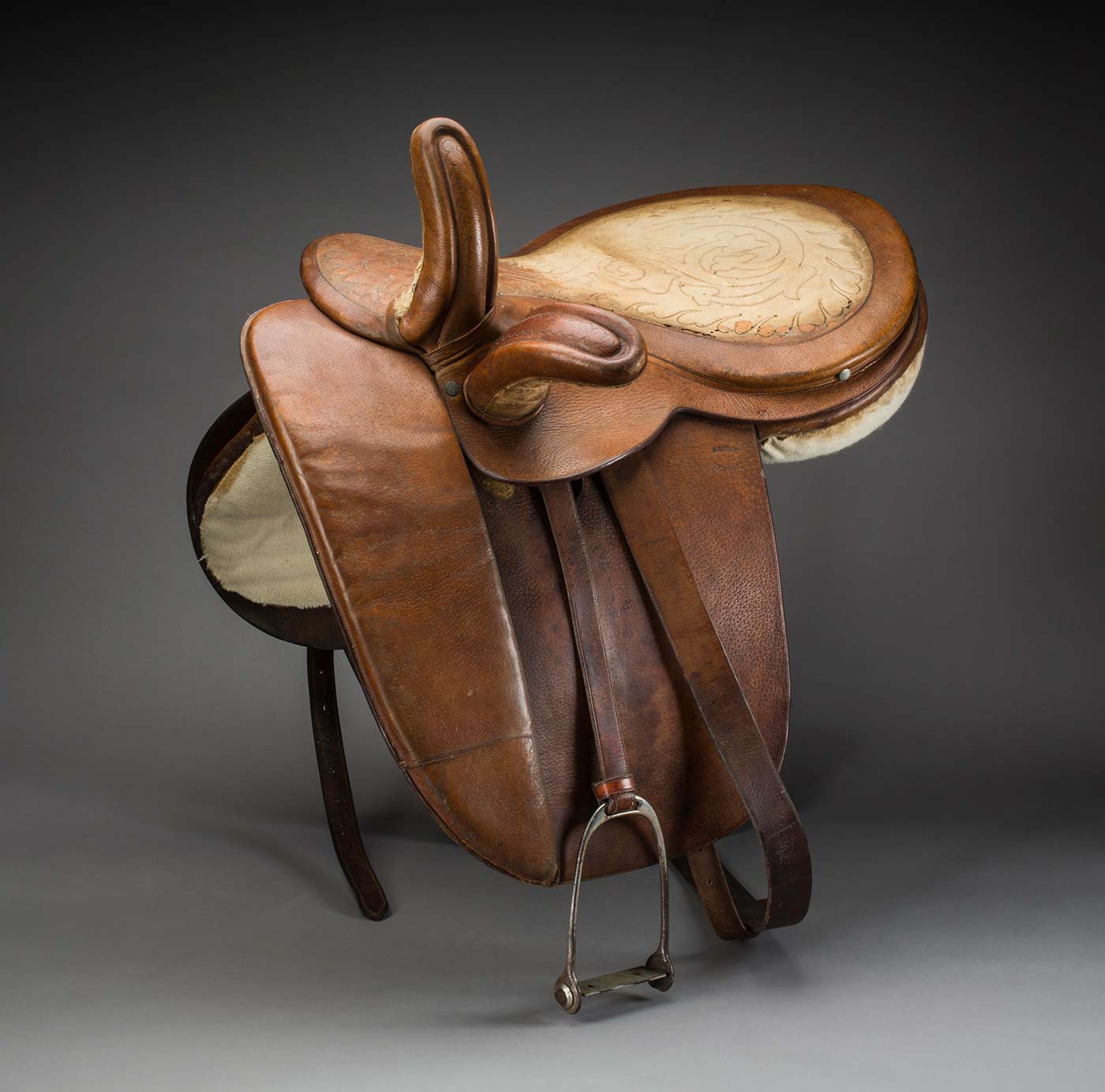 During the 19th century social convention demanded that women ride side-saddle, with both legs on one side of the horse.

This saddle belonged to Constance Faithfull, who grew up and lived at Springfield station, near Goulburn, New South Wales, but lived most of her adult life in England.

Initially, Constance wore a habit, comprising a skirt and jacket, when riding, but she later added a pair of breeches, or knee-length trousers to her outfit, suggesting that she made the transition to riding astride when it became acceptable during the early 20th century. 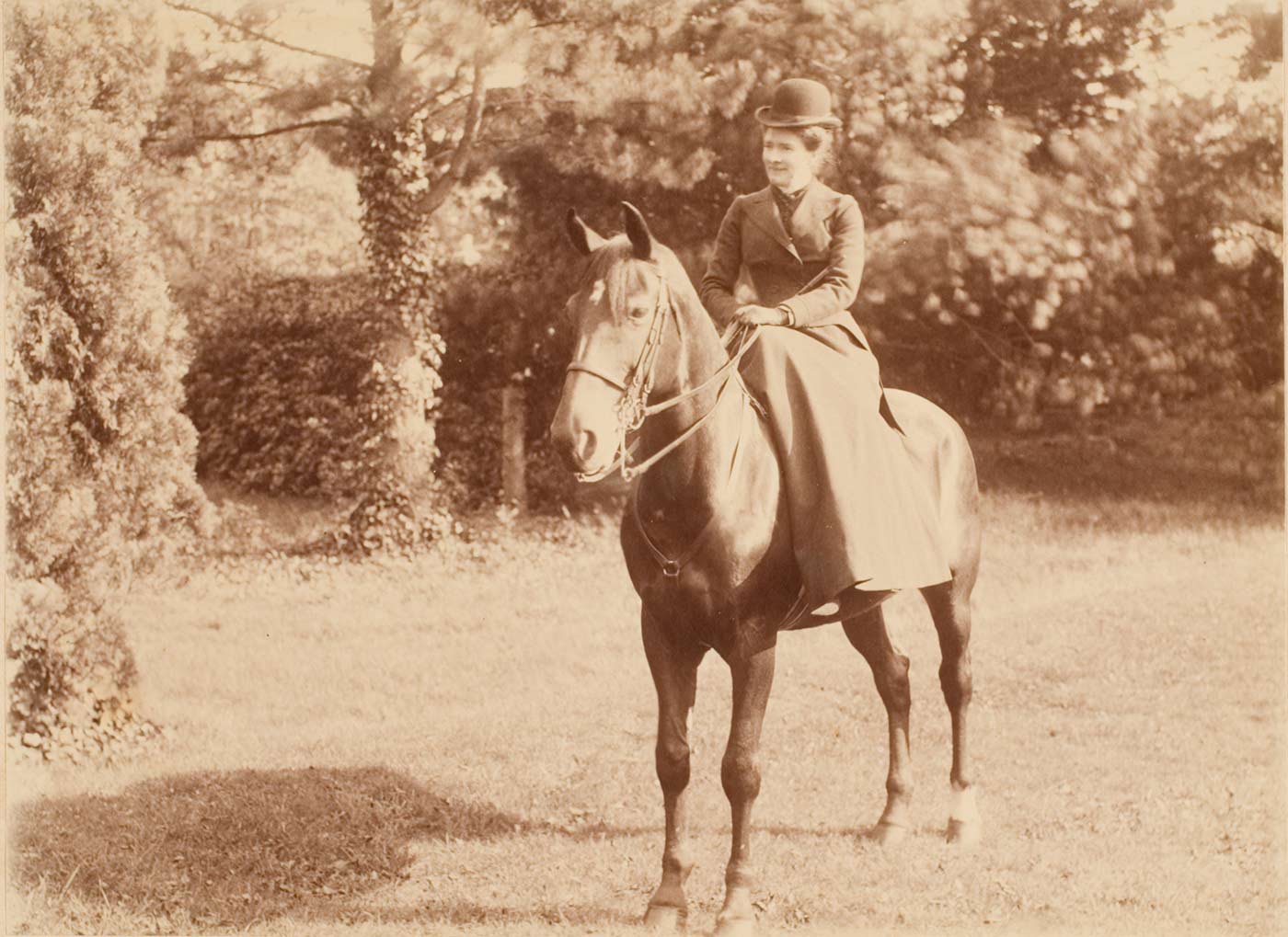 When Constance Faithfull grew up, horses were an essential part of life on Springfield. By 1890, the property supported around 170 horses, including draught horses to haul loads and work pumps and chaffcutters, stockhorses for mustering sheep, carriage horses to pull vehicles, and Thoroughbreds and trotters for racing and breeding.