George and Janet Ranken brought this fine coach with them from Scotland to Australia in 1821. It is one of the oldest surviving horse-drawn vehicles in Australia. Used by the Rankens to travel between Sydney and Bathurst, the coach was later used as a mourning vehicle and at Old Sydney Town, near Gosford. 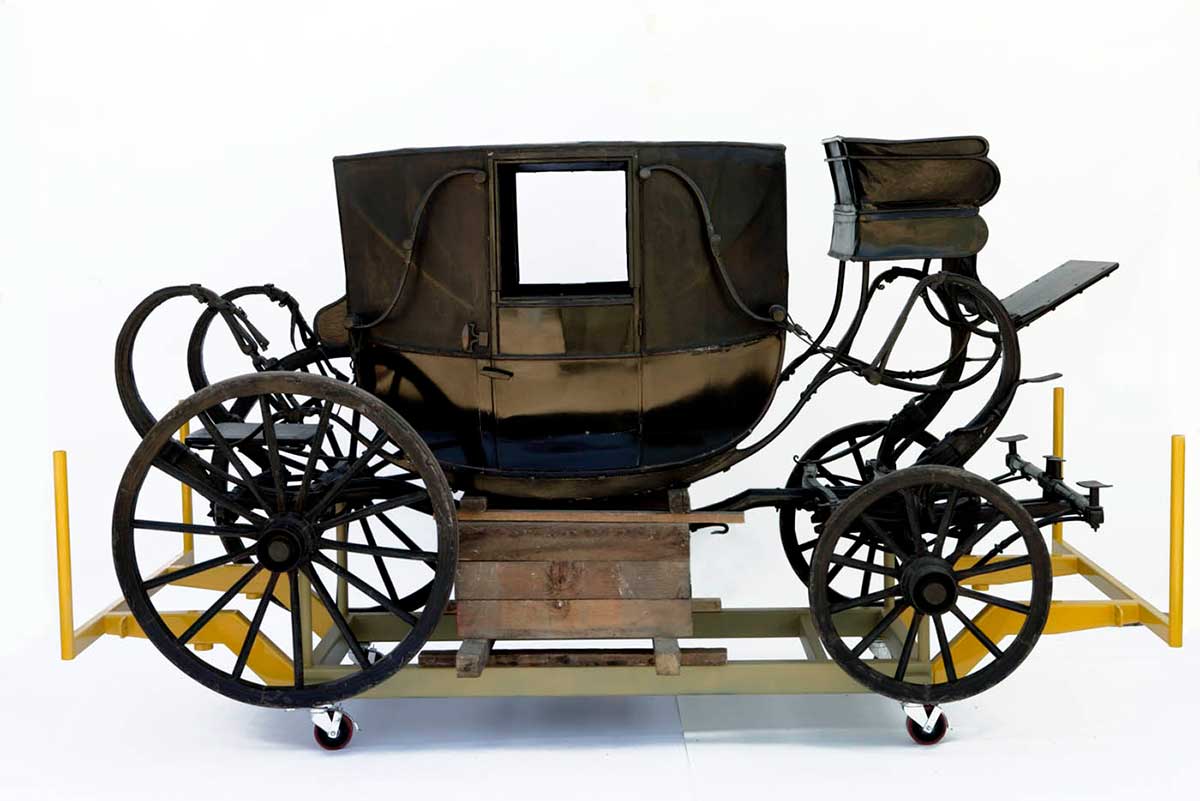 This landau, known as the ‘Ranken coach’, is one of the oldest surviving horse-drawn vehicles in Australia

As part of the elite squattocracy in the colony of New South Wales, the Rankens prospered in their new country. Their coach carried them in style across the rough colonial roads between Sydney and their Bathurst plains properties.

It was a well-travelled coach – the Rankens took it with them on a journey to Scotland and back between 1838 and 1841, a round trip of nearly 34,000 kilometres – mostly by sea.

After George Ranken’s death in 1860, the coach was sold to another successful Bathurst immigrant, Sebastian Hodge.

Hodge painted the coach black, fixed its moveable hoods into their present positions and transformed it into a mourning vehicle for his business as an undertaker. The coach remained in this solemn service for the next 65 years.

The mourning coach was eventually superseded by a motor vehicle and donated to the Royal Australian Historical Society. The society occasionally brought it out to add historical flavour to various celebrations, including a pageant to mark the opening of the Sydney Harbour Bridge in 1932 and celebrations for Sydney’s 150th anniversary in 1938.

The coach returned to Bathurst briefly to mark the 125th anniversary of that city in 1940 and was later displayed at the heritage theme park, Old Sydney Town, near Gosford.

The Australian Government bought it the coach in 1980 and it is now part of the National Museum of Australia's collection. 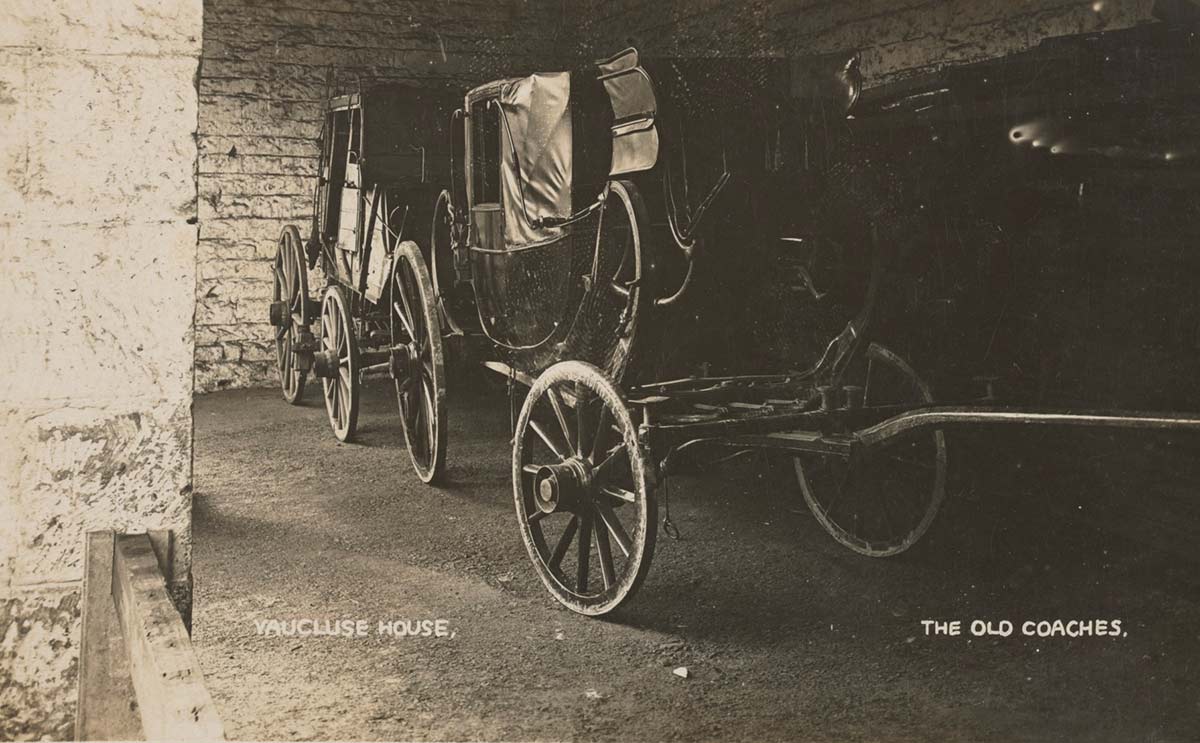 Caring for the coach

This coach is a landau, which means that its upper part is made of two separate folding tops that lock together in the middle. Like a convertible car, landaus can be used as a closed carriage, with the hoods up, or an open vehicle with the hoods folded down. When the hoods are lowered, the side windows slide down inside the frames of the doors.

Too fragile to be driven, the landau has to be transported on a trailer. Museum conservators have waxed and polished the exterior of the coach and thoroughly cleaned and buffed its carpets and leather cushions.

Its black paintwork and the hoods fixed closed show its history as an undertaker’s mourning vehicle. Its gleaming surfaces, elegant form and the decorative lines still visible on the wheels and shafts are evidence of its earliest incarnation – as a colonial gentleman’s fine coach.

Landau known as 'The Ranken Coach'Wooden horse-drawn coach, painted black, with four wheels and mudguards. Hinged doors to left and right, and fold-out steps. Interior with padded, leather-covered bench seats facing front and back. The Coachman's seat is mounted exterior, front. There is a seperate piece of leather upholstery that was once attachedto the driver...