From its beginnings as a rebel breakaway code in 1907 to the Super League war of the 1990s, rugby league has travelled arm-in-arm with controversy.

Refereeing decisions, the manoeuvres of administrators, and player behaviour both on and off the field have fuelled endless media coverage and scrutiny.

In the mid-1990s a mammoth battle was fought over pay television rights to rugby league. The Australian Rugby League, backed by media giant Kerry Packer, owned the rights until 2000.

In order to bypass this, Rupert Murdoch's rival media organisation, News Limited, signed individual coaches and players to compete in a rebel competition – the Super League.

The Australian Rugby League took Super League to the Federal Court and prevented the rebel league from kicking off in 1996. A later decision, however, allowed Super League to start in 1997.

Peace talks in late 1997 resulted in the formation of a single competition, the National Rugby League, jointly owned by the Australian Rugby League and News Limited. But the Super League war left many fans disillusioned. 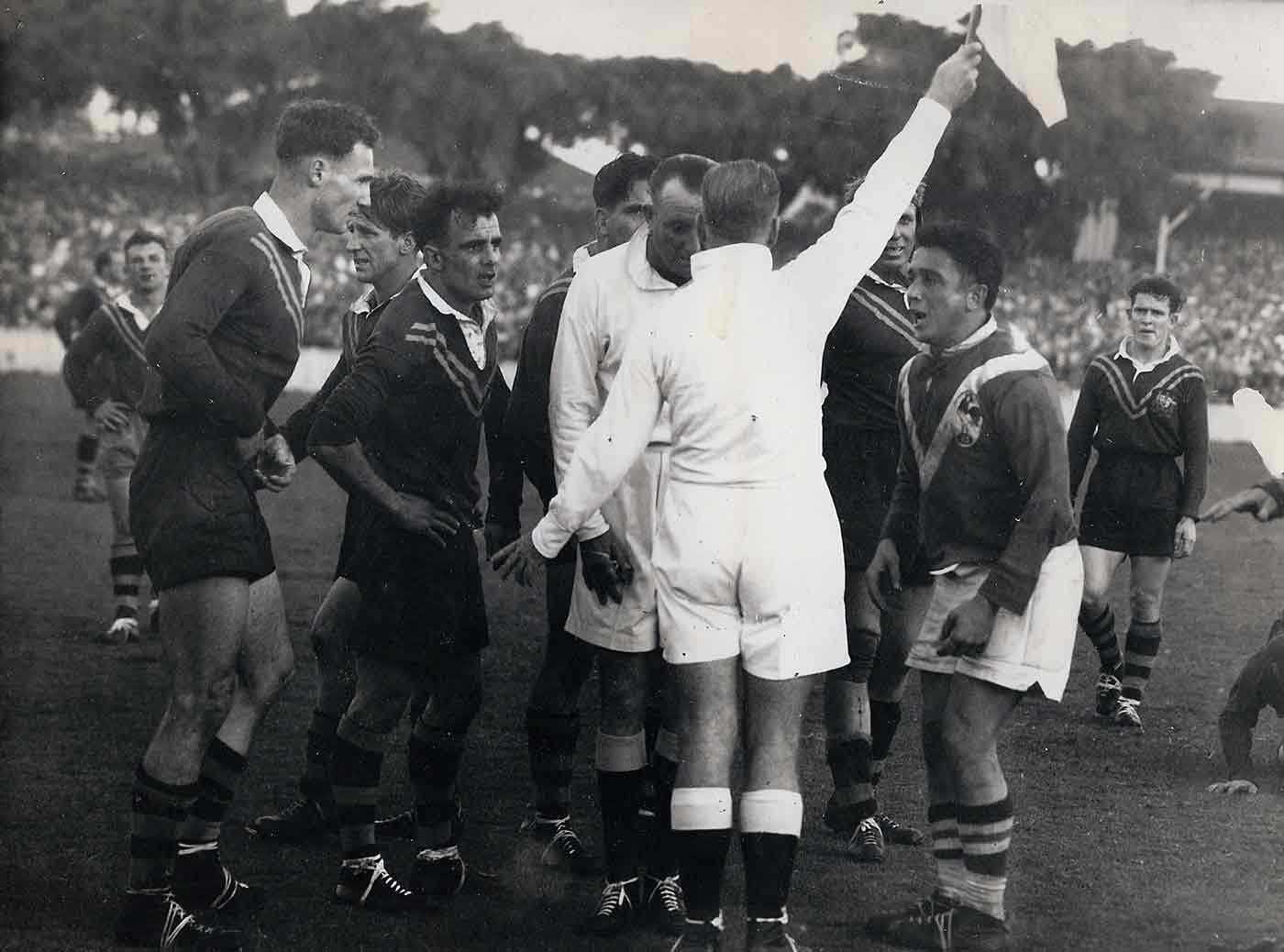 When the whistle blows, the referee can become either a hero or villain. The person in charge is never too far from controversy.

Love them or hate them, the names of referees are often as well-known as those of the players. High profile referees over the years have included:

Download sports historian and journalist Ian Heads' League of Legends catalogue extract for more on controversy in the game.