Point McLeay Mission, now known as Raukkan, was established on the traditional land of the Ngarrindjeri people, south-east of Adelaide. Herbert Read, the resident lay missionary when war was declared, believed in the power of education to improve morals. Over 8 weeks in 1914–15, he gave a series of presentations to Aboriginal residents in which he explained the causes of the war, the concept of British duty and honour, and why it extended to them. 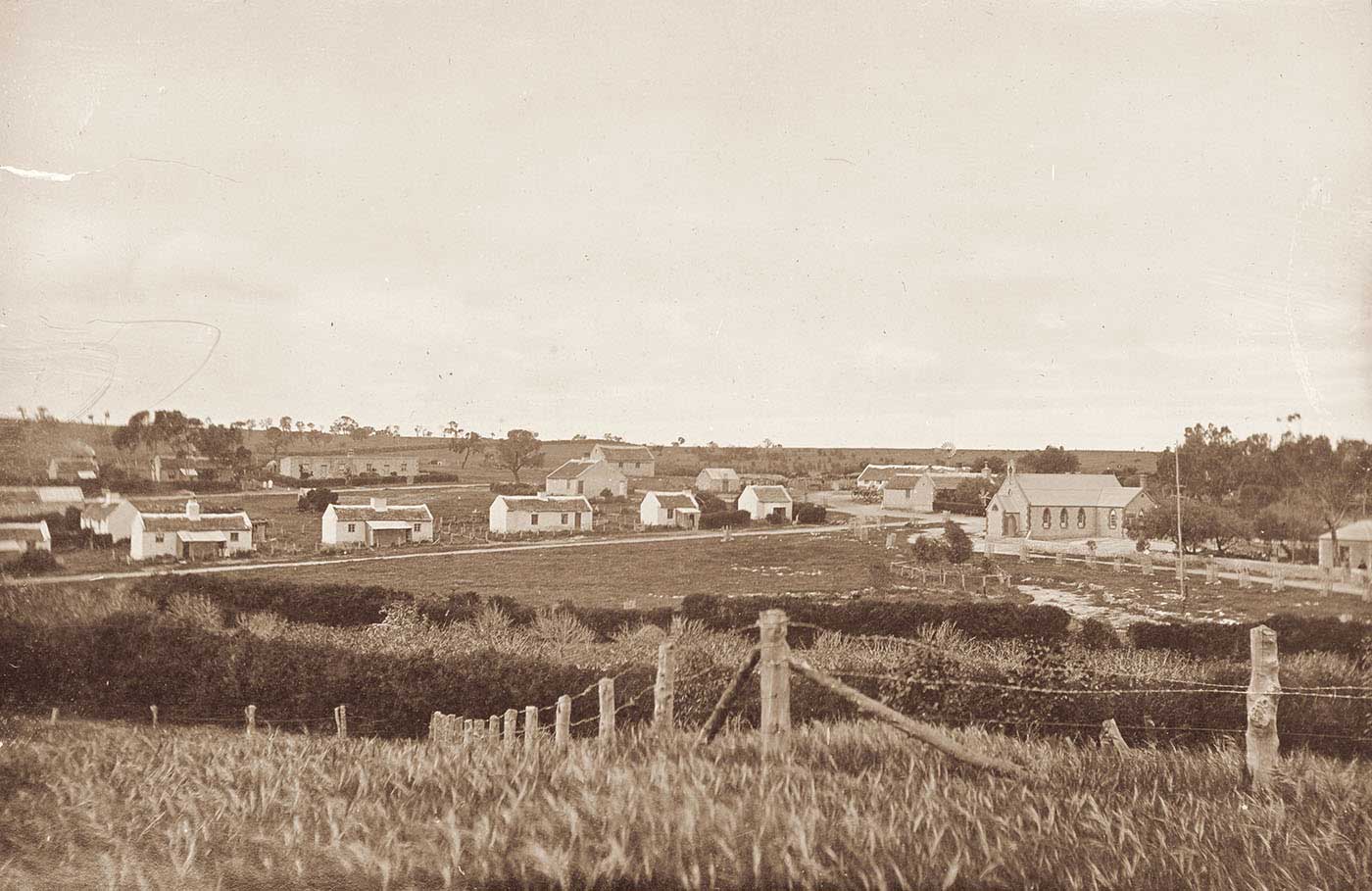 The residents of Point McLeay Mission presented a club (pictured) to Herbert Read during his time there. Objects such as this were made using traditional materials and techniques, but typically were sold to tourists to generate income for the mission.

Leading up to and during the war, Herbert Read presented magic lantern slideshows to his congregation at Point McLeay Mission. The slides reflect the mission’s strong Christian beliefs and pro-Empire attitudes.

Twenty-one Ngarrindjeri men enlisted in the Australian Imperial Force between 1915 and 1917, serving in France and Belgium. Five of them died fighting for Australia.