In August 1917 Alfred Spain, a prominent architect and founding member of Sydney’s Taronga Zoo board, offered the zoo grounds as a campsite for strike-breakers. Known as volunteers or loyalists, they were recruited by the government to replace unionists during the Great Strike.

The strike began when Sydney railway workers walked off the job. After three years of diminishing wages and conditions, the introduction of a ‘card system’ to monitor productivity was the last straw.

The railwaymen were soon followed by almost 100,000 unionists from across eastern Australia.

The strike lasted 6 weeks but ultimately failed to achieve the unions’ demands. 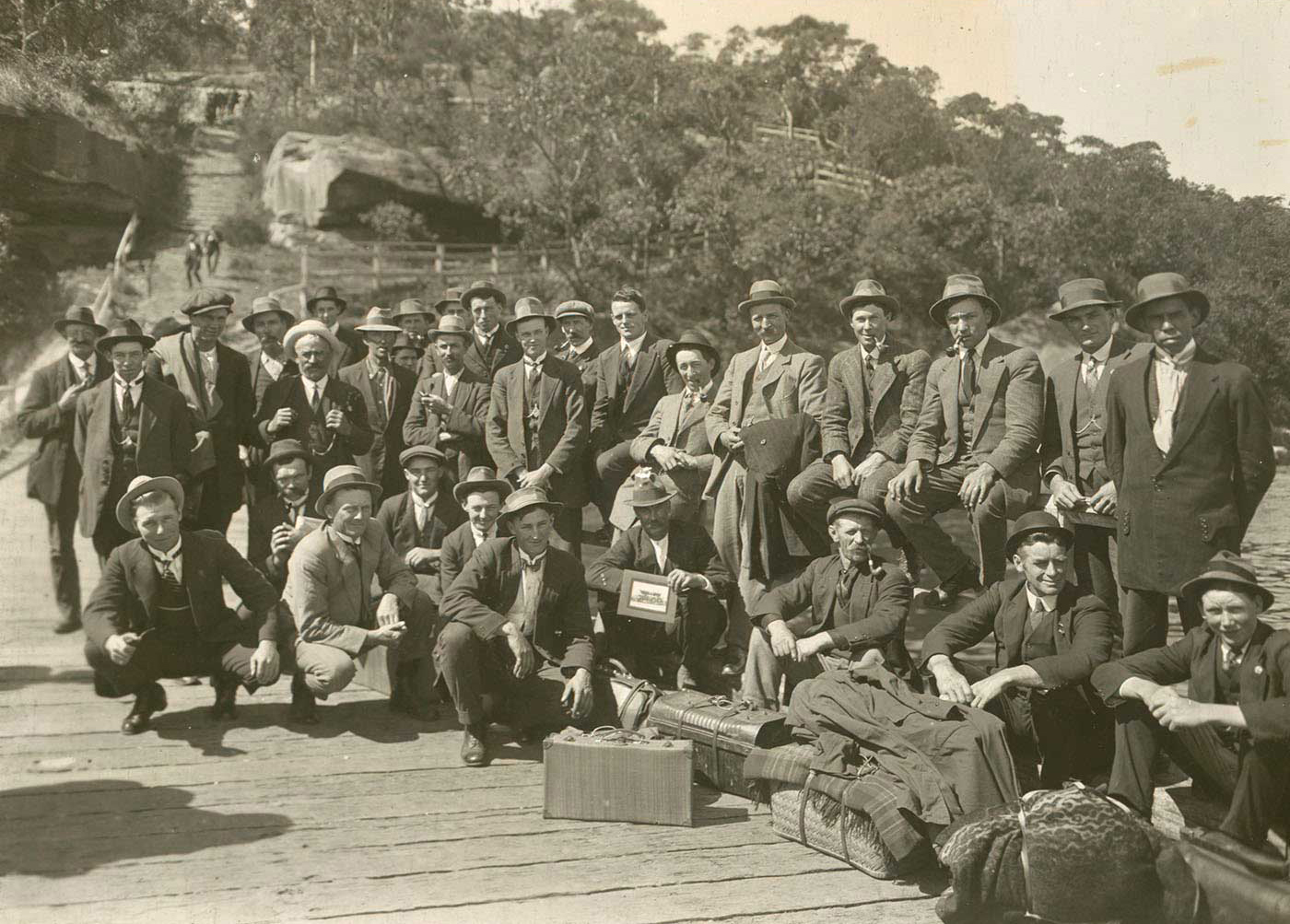 Strike-breakers on Taronga Wharf, Sydney, during the Great Strike

Alfred Spain in the Australian Dictionary of Biography