Daniel Mannix became Archbishop of Melbourne in 1917. His opposition to conscription brought him and the Catholic community into direct conflict with Australia’s Protestant majority. Catholics, who were largely of Irish descent, were suspected of being anti-Empire and accused of failing to contribute to the war effort.

During the 1916 conscription campaign, Mannix argued that Australia was already doing enough to help the British. Despite only speaking publicly twice, he became the government’s scapegoat for the ballot’s narrow defeat.

By the 1917 referendum, Mannix, like many others, argued more passionately against conscription. That ballot, too, was defeated. 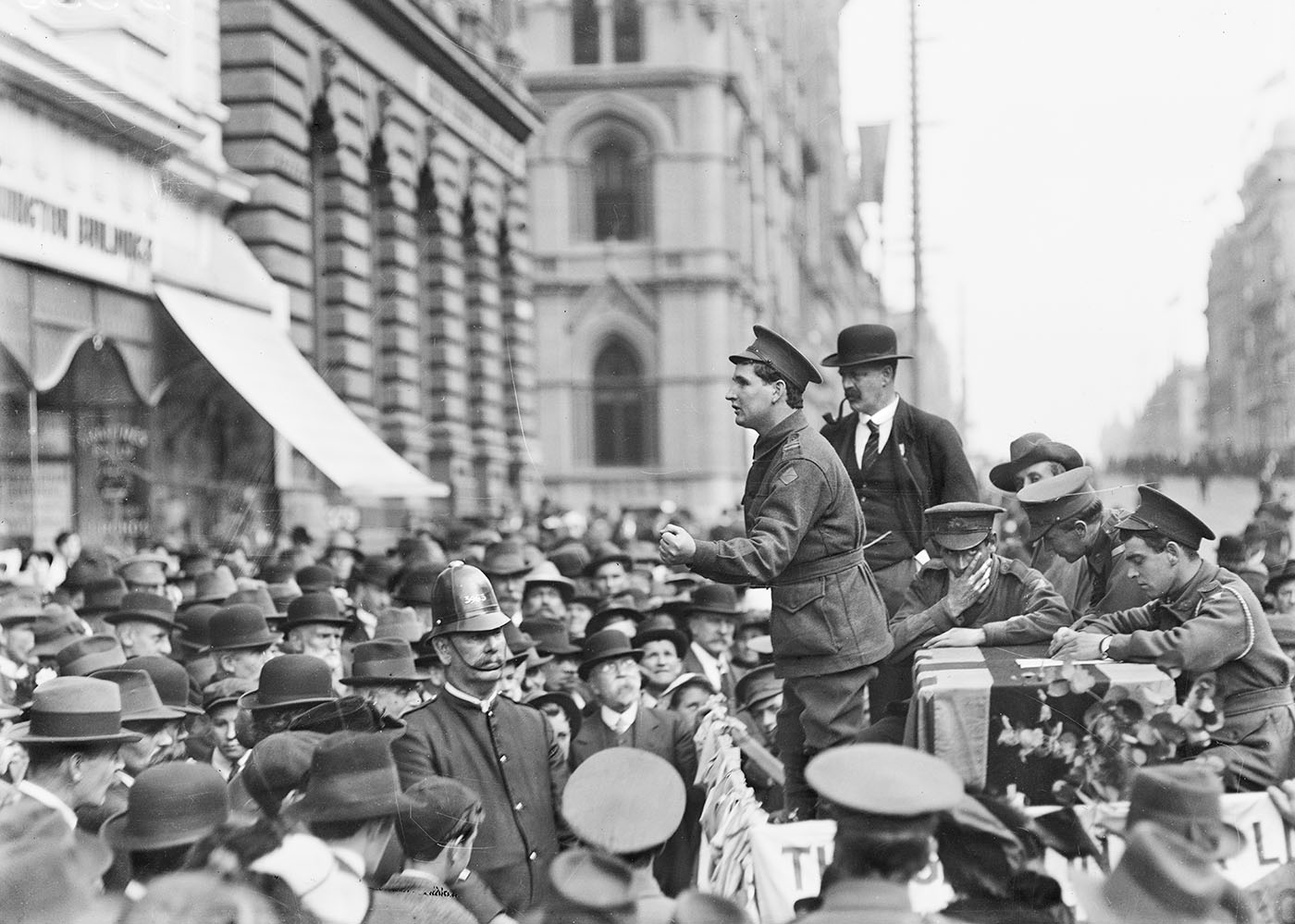 Soldiers campaigning in Melbourne before the second conscription referendum

Daniel Mannix in the Australian Dictionary of Biography