Basil Watson worked at the Sopwith Aviation Company in England from 1914 to 1916. He returned to Melbourne when injuries sustained in a crash landing ended his dreams of joining the Royal Flying Corps.

Using the Sopwith design, Watson constructed a single-seat biplane in the billiard room of his parents’ house. On 9 December 1916 he flew from Point Cook to Bendigo in a remarkable 80 minutes.

He gave demonstrations across Victoria and enthralled onlookers with nosedives and loop-the-loops. Watson was killed in 1917 when a wing of his plane buckled and he crashed into Port Phillip Bay. 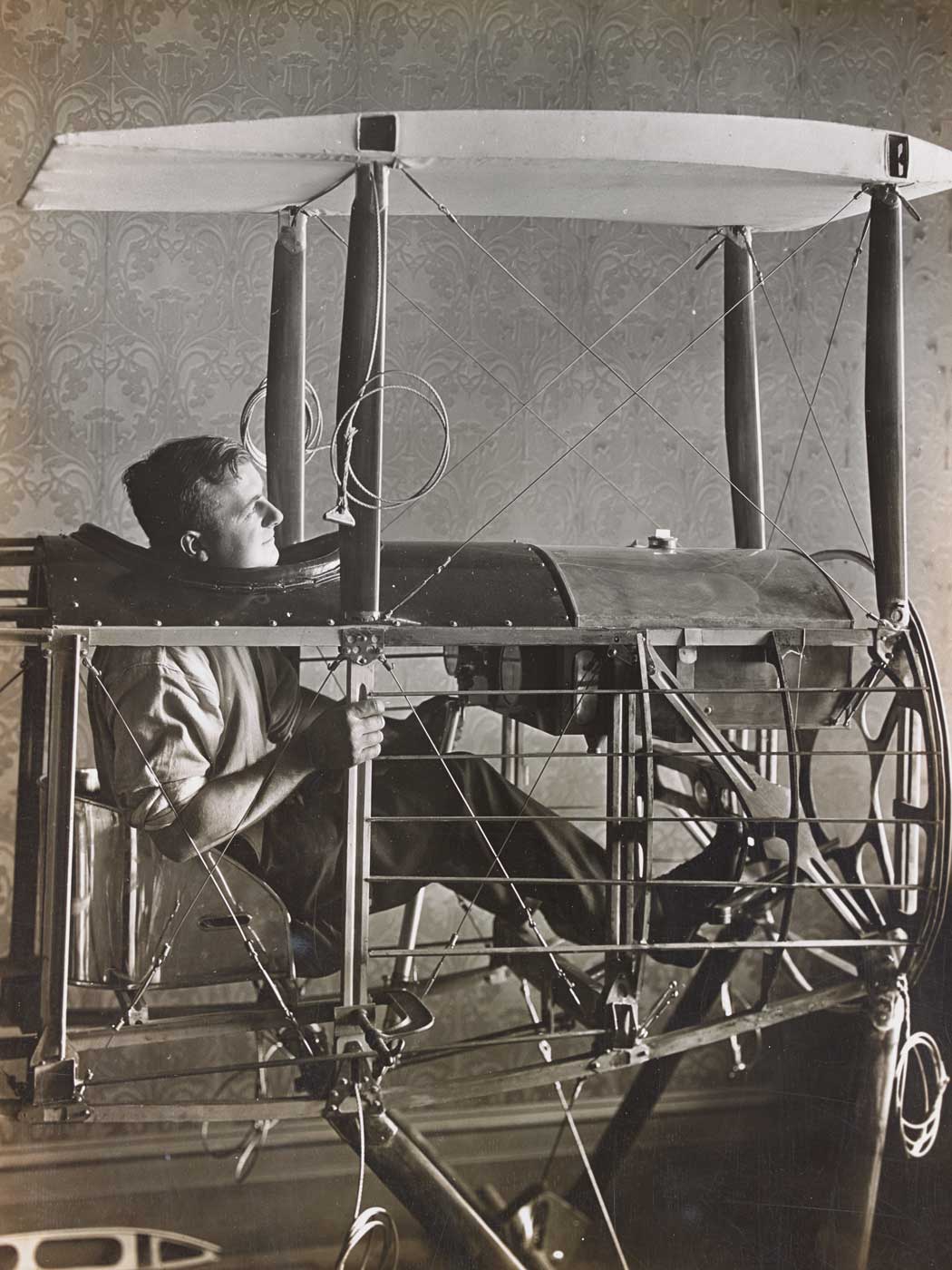 News of Watson's death in the Bendigonian on the Trove website