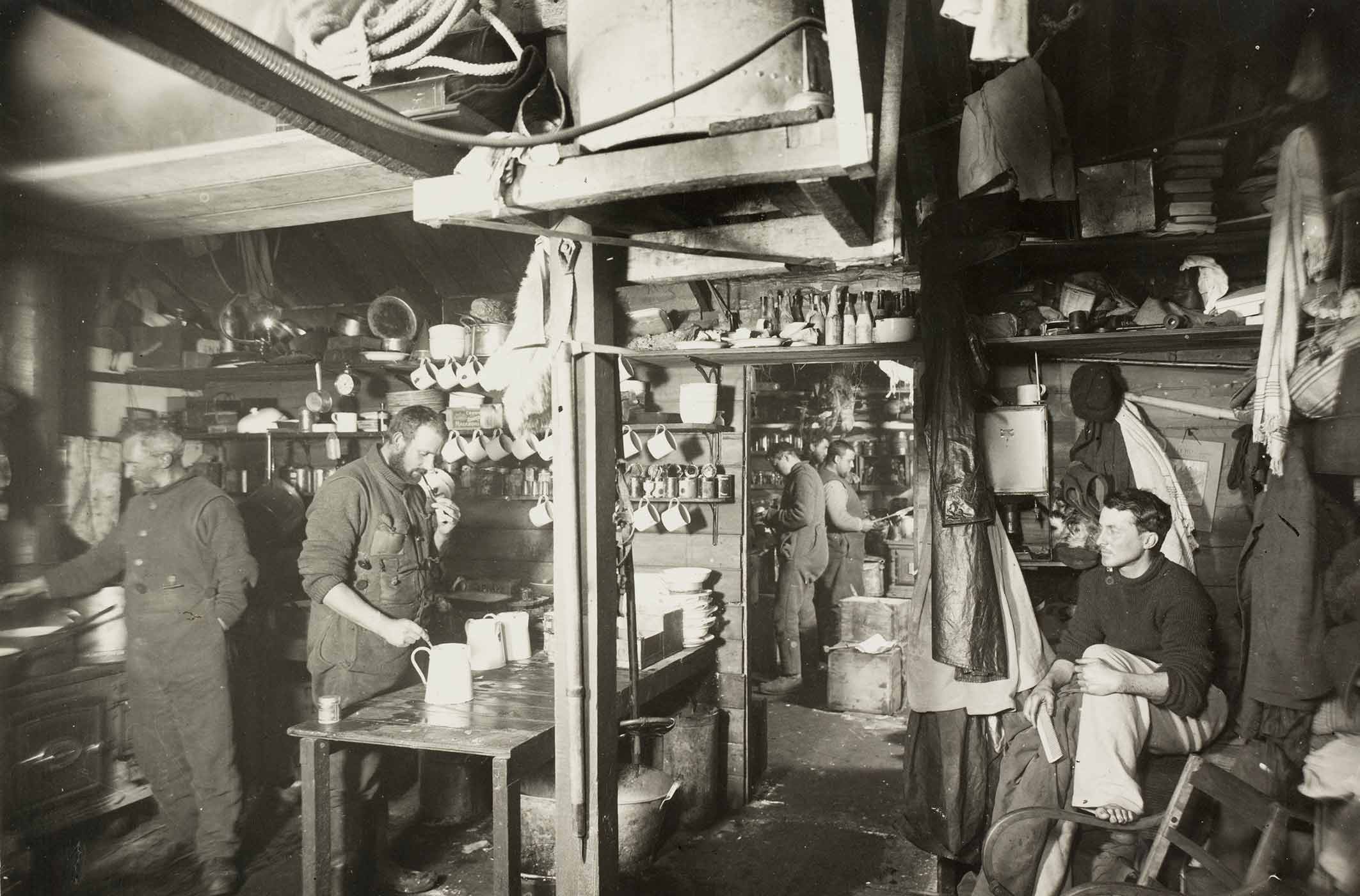 Douglas Mawson was a pioneering geologist and seasoned Antarctic explorer. A veteran of Ernest Shackleton’s 1907–09 expedition, he declined to join Robert Falcon Scott’s party in 1910. Instead, he raised funds for his own Australasian Antarctic Expedition, which reached Antarctica in the summer of 1911–12.

After ‘wintering’ at Commonwealth Bay, Mawson set out with Belgrave Ninnis and Xavier Mertz to explore King George V Land. It was an ill-fated expedition: Ninnis was swallowed by a crevasse in December 1912 and Mertz died a few weeks later from the side-effects of eating dog liver.

Mawson barely survived the trek back. By the time he returned to base, the summer had slipped away, and the men who remained were forced to spend an unanticipated second year in Antarctica.

Mawson recounted his epic story in The Home of the Blizzard: Being the Story of the Australasian Antarctic Expedition, 1911–1914, illustrated with photographs by Frank Hurley and other expedition members.

The Home of The Blizzard, Project Gutenberg